Loading...
Skip to content
The Soller valley has always had its share of interesting people and 2015 is a good year to remind ourselves some of the newer ones. Merie lives up the side of the mountain as you first come into Soller from the tunnel. She surveys this beautiful valley from a vantage point which means it is increasingly hard to leave. For her the Soller Valley is a stunning place where her heart and eyes are piqued and slaked daily.  She loves the farming, fertility, community life coupled with the stunning mountain views and endless trails and walks. But leave she has to because her profession in the world of movies is one of location, location,location.
Merie is one of the few female Stills Photographers in the world. She learnt her craft at Mills College, an independent Arts college in San Francisco where she went to study film. This highly prestigious college was preparing her for the writers/director route into the profession. She knew she wanted to make her living in film and wanted to be part of a collaborative, artistic based industry. The next stage in the process was a spell at the USC Film school in Los Angeles where in her year she was one of two women in the class of eighteen. George Lucas had been a student at this very same school a few years before. This was a fine experience and the creative juices were flowing. Writing and the learning of the craft of film making enabled her on graduation to work for little money in the role of ‘assistant to the producer’. This ‘Girl Friday’ role sent her all over the world and more particularly to locations in Borneo and other parts of Malaysia. 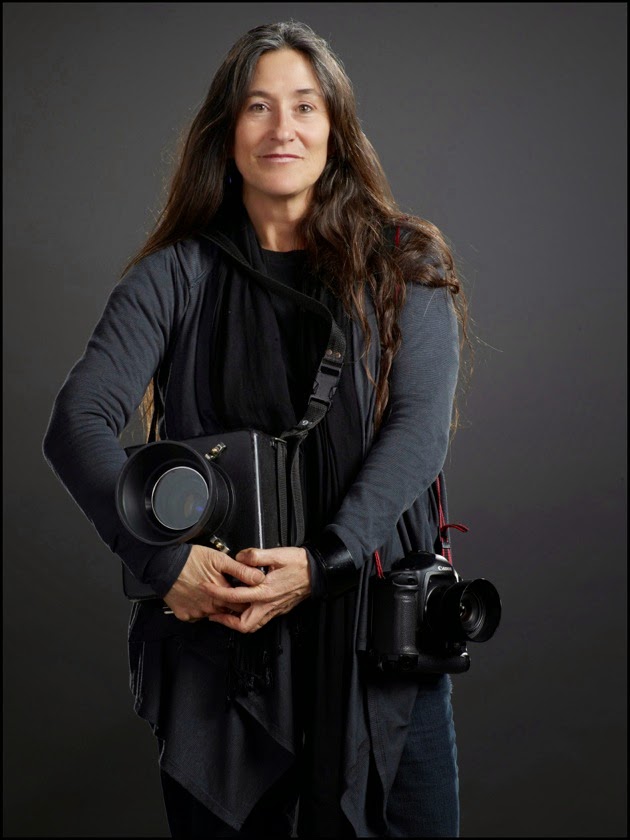 There,  Merie was running 2nd Unit, and stunned by the beauty all around her  couldn’t understand why the company hadn’t sent a photographer on set to capture the shots. She spoke to the Stills Man on 1st Unit and told him that they ought to come out to second unit and shoot the amazing stunts in the exotic jungle. His reply was ‘I don’t have time, you do it!’– and so she did.
Her career which has seen her taking the stills photographs for Titanic, Sideways, Million Dollar Baby and Spiderman 3 amongst many others started from the offhand comment of a Set Photographer – just like Alice through the Looking Glass. A spell as a unit photographer marked the change in career direction and Merie was now ready to give her career over to film photography.
A Stills Photographer is the Director’s shadow and is where he or she is on set.  The relationship between the two skills has to be linked but not intrusive, the photographer is recording the making of the film and identifying the shots that the Publicity Officers will base their campaigns on. Merie’s  job is to stand next to the motion pictures camers as it films for a twelve-fourteen hour day. She would expect to take 350 to 500 shots per day. Physically exhausting and all consuming and a long way from home in Majorca. Film locations have taken her all over the world and in the company of the finest actors and directors that the film industry has.
Once the pictures are taken they are in the hands of the films publicist who negotiates the fine line between the shots and the actors approval rights. This is a complicated business and there are far more sides to making a film than I ever knew existed. The film studio’s publicity department takes the shots, designs the publicity campaign and is on the look out for the ICONIC shot of the film. The one that will always be associated with the film in peoples memory. The machine gets to work and all mediums are used to promote the movie. Publicity, marketing and internet are amongst the tools used and this is all very big business.
In Merie’s career the biggest change was moving from film to digital. She lived through the process that is now history for photographers and thought that her early loathing for digital would last. It didn’t and now says that she is madly in love with the work that a digital camera produces.
The technicalities of her work are fascinating and I was amused by the camera that has to live in a soundproof box. The click of the camera must not be heard and so the box has to be used. Just one of the many props that film lovers never see.
Merie is at the top of her game, and her experience with Clint Eastwood in being his Stills Photographer on five movies to her role in the wonderful photography in ‘Oz the great and powerful’ which was out last year ensures her status in this world.  She is an advocate for women in this profession and is a significant force in the ‘Society of Motion Picture Still Photographers’ She is devoted to the art of the craft of stills photography.
Her family life in Majorca is very precious to her as she never knows when the phone will ring and she is whisked off for two or three months on location. Her husband introduced her to the Soller Valley which is where he grew up. They decided that his roots here and the Soller Valley life would be great for their daughter and this is where they have settled. Marie’s husband is a full time paren] when Merie is away and his tremendous support allows Merie the freedom to pursue this all consuming career.
I had to ask the question about the Weismuller name  after all Tarzan did visit the Soller Valley and stay in Deia.  The answer is yes – Tarzan is a distant relation and is part of family folklore.
Merie is a very interesting, talented lady doing the kind of work that many would dream of.  She would say that she is privileged in the work she does and the place she lives.  The Soller Valley is a natural place for her talent to be energised and when she is here she gives herself to her family and the Valley.  She leaves a little bit of Hollywood here when she works and in turn leaves a little bit of Soller in all the exotic locations that she travels to.