Lorraine O ‘Brien is a business woman, charity fund raiser, daughter, sister, lover and friend.  This is a lady who has had three lives in one and has still got a lot of living to do.  A person who has never lost sight of her roots and the people that made her what she is today.  Like all good stories this starts at the beginning in the terraced house she called home in Liverpool.  Her gentle giant Dad came from Wexford and Mum came from Italy.  They met at the home of Mum’s aunt in the overflowing household who had taken her and her brother in as orphans and given them a home in down town Liverpool  alongside 10 cousins.  Met and married within months and that started the happy home life that the O’Brian children enjoyed.  Mum was a devout catholic with huge respect for education and opera so the house was filled with books and music.  Dad just wanted his children to laugh and be happy so his role was as the clown, breadwinner and the giver of sound advice. 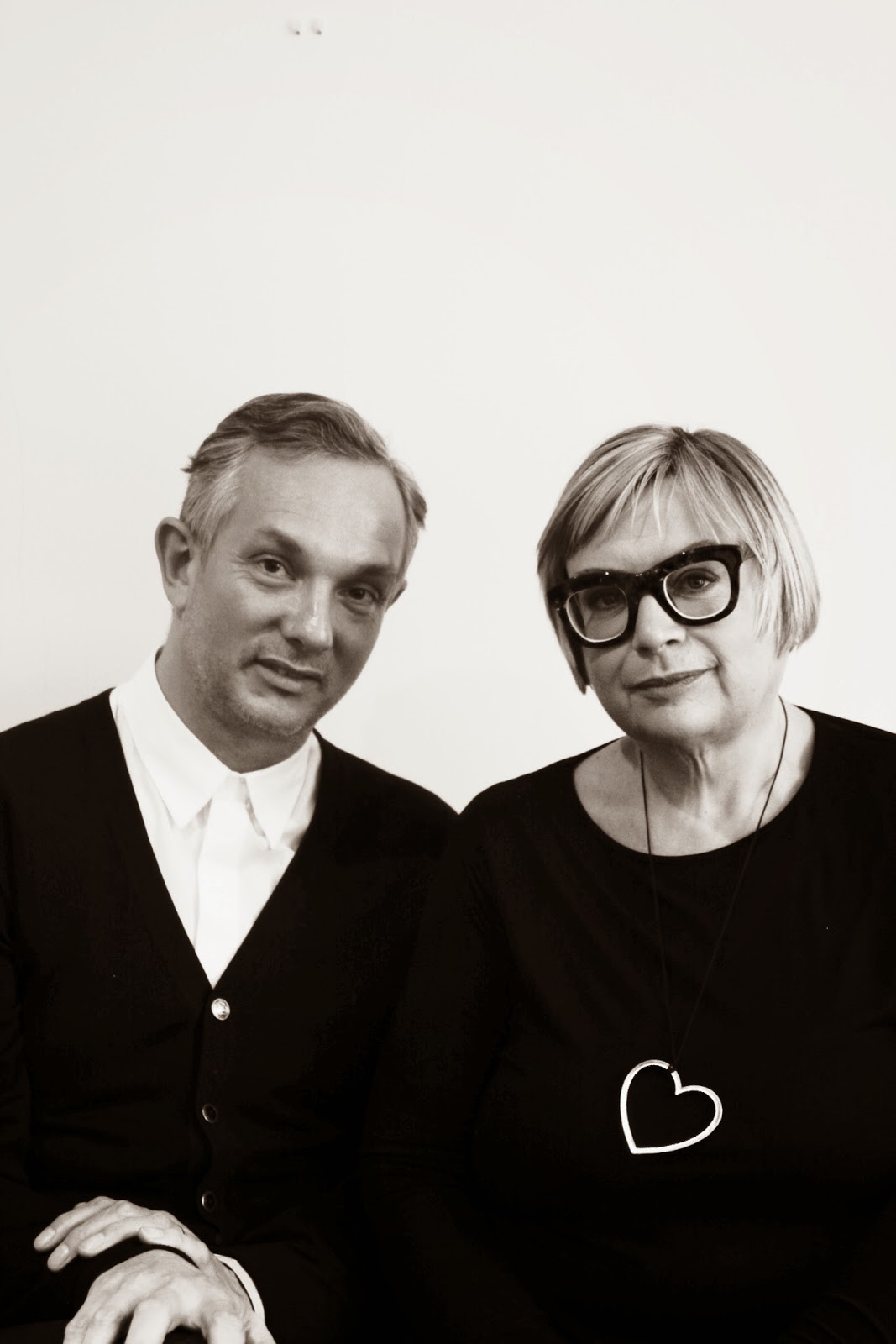 Every weekend the family would leave their terraced house and set off on the bus to the Wirral where they were lucky enough to have a caravan.  The bus dropped them off at the point they had to walk for three miles to the caravan site which was their weekend and school holiday home.  This was a co operative of 100 caravans full of young families and like minded people where lifelong friendships were made.  Mass on Sundays and country life whenever they could the O’Brien children thought they were the happiest and richest family in Liverpool.  The working class traditions and respect for education made them believe that they could do anything they wanted in this life.

Lorraine went to college in Liverpool and studied Hotel and Business Management.  She worked hard and played hard  each summer and needed a job to fund the fare to Ibiza.  One October evening she headed off for an interview for a function waitress in a local hotel to pay for ‘this year in Ibiza’.  It was raining and freezing cold and she arrived for the interview bedraggled and wet.  She was kept waiting and the steam began to rise from her coat and she decided enough was enough.  Marching up to reception with the words – ‘I shan’t be staying for this interview, you’ve kept me waiting for a hospitality job and haven’t had the decency to offer me a cup of tea or offer to take my wet coat – this isn’t the kind of place I want to work’.  The receptionist looked at her open mouthed and a voice from the back office said ‘I want to talk to you’.  Lorraine got her cup of tea and the introduction to the owner of the Hotel and the man who became her mentor and taught her so much about the world of business.  Paul Feathers owned hotels and with Lorraine’s help the largest outside catering company of that era.  She finished her degree and then went on to work for the Flowers group becoming its Managing Director at the age of 25.  Paul Flowers bought her a Porsche in recognition of all her hard work with the numberplate LOB on it which she still uses on her car to this day.  He said of her that she was ‘a girl with a tick on her back’ meaning that whatever she did people would notice her and her success was guaranteed.

The years as the prodigy of Paul Flowers made her think she was invincible and so it was London next stop to work for a Hair and Beauty company that were preparing to float on the stock market.  A huge learning curve and a completed project left her unprepared for the fact that things went wrong and the Receivers were called in.  This was a time when she worked with the Receivers to salvage all she  could from the company and in doing this developed a business relationship with Trevor Birch who was representing the accountants Ernst and Young.  Trevor had been a footballer, a football executive  and was now carving out a career in high end accountancy.  This was going to prove a great connection for what was going to come later in her career.

Progress in the business world saw her become Head of Commercial Marketing for the Trinity Mirror Group and life was again sweet for Lorraine.  Then she stepped off the corporate ladder when a family member had a serious brush with cancer.  She made a deal with God that if a cure was possible she would give up her City world and raise money for cancer charities instead.  God listened and Lorraine spent some years after that working as a senior Executive for the Roy Castle Cancer Foundation.  She turned their income round by focusing on payroll giving and cultivated Football Clubs and high profile organisations and made them all increase their charitable giving. Football was a huge part of Lorraine’s family life and they were all Everton supporters – she was very proud of the part that Everton played in the donations to her causes.

Football and the connection with  Trevor Birch took her to a meeting in London one day with Ken Bates of Chelsea Football Club.  At this time Lorraine was working looking after the commercial interests of the players of Everton so she knew her way round the football scene.  Ken Bates offered her a job to become their Group commercial Director and look after their players interests.  No love lost between an Everton supporter and Mr Bates but eventually she decided to relish the challenge.  This was to be a very fruitful time because she became a significant part of the deal making that went on to bring Roman Abramovich to Chelsea.   This was the deal to end all deals for football at the time and has gone on to prove that it is only billionaires who can afford to buy football clubs these days.  After the deal was done Trevor Birch and Lorraine soon left the club because the commercial interests of the club were proving to be more important than the game.  They all parted company with Mr Abramovich being more than generous to her .  She arrived in Deia shortly after that ready to pay cash on the house she had always wanted thanks to Chelsea Football Club.

Lorraine had found love and it was love that introduced her to Deia.  She was living in South Africa at the time and made frequent visits back home to Liverpool travelling with British Airways.  It was on a flight reading their magazine that she was introduced to the world of Deia.  She went on a holiday there and as soon as she turned the corner into Deia from Valldemossa she knew that this was her place.  So the deal that allowed her to buy her own little piece of paradise was a double blessing – the reward for all her hard work bought her into the world of Majorca.  This is a place she wants to spend more time in and get involved in charitable work here but we will have to wait while she completes her current exciting project.

Lorraine is a highly intelligent lady who understands the power of ethical friendship.  She knows thousands of people and most of them would call her a friend.  Through her charitable work she has rubbed shoulders with the great and the good and they all know who LOB is.  She has huge respect for the charitable work of others like Cherie Blair and other prominent friends from the Liverpool community and calls in favours and support for her causes from all.  Her current work project came as a result of an introduction by a friend.  Josh Wood is a famous stylist, colourist and the face of Wella products.  Lorraine’s friend said that his was a very interesting talent that could do with a bit of LOB magic.  The rest is now history – the two of them together have created the Josh Wood Atelier in Notting Hill in London.  This is hair and beauty treatments at the highest possible level.  The only way you get through the door is by personal introduction.  John Freda leased them the premises and they enjoyed success and then the man from Liberty came knocking.  They were inspired by what they saw and wanted to replicate it in Liberty’s in London.  The end result is they employ over 75 of the best beauty people in the business and provide a unique service.  The Atelier concept is being courted by many groups and organisations currently so there is still growth work to do.

Alongside this is the introduction that Lorraine created to the world of Marks and Spencer.  Josh Wood has created the Wand which is a colour stick to touch up the roots of the hair  in between salon visits.  This has taken the country by storm and been the most successful Marks and Spencer new launch for 23 years.  The initial stocks sold out within days and the tills and phones have not stopped ringing.  The development of many more Josh Wood products via M & S is set to take off any time now.  Josh Wood is an amazing talent and the vision that he has created together with Lorraine O Brian makes them hard to beat.

Lorraine’s success comes down to good old fashioned, honest ethical relationships.  She tells it like it is, keeps her word and follows through with ideas.  She has a team to look after her and keep her fresh to take on the challenges of each day.  These are all her extended family and that is at the heart of everything she does.  Her family values that were created by her own parents has stood her in good stead in her relationships with premier league footballers, presidents, politicians , pop stars and the lady in the bus queue.  It was Dad who said to her all those years ago when she was striving to be a busy business executive  – ‘no matter what you do in the day Lorraine make sure you can sit easily with yourself on the sofa at night’.  This is her mantra in life and it has stood her in good stead so far.

Lorraine is one of the very interesting people of the Soller Valley who I am glad to introduce to you.  The more time she spends here in the future will see her getting involved and playing her part.  Don’t be surprised If the charity whirlwind that has been her calling card thus far start operating very soon from that lovely place in Deia.  ‘The girl with the tick on her back’ will be an irresistible asset to the charitable efforts of Majorca – just watch this space.