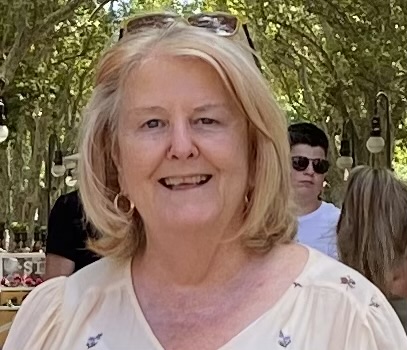 A long time ago I went to Buckingham Palace and inadvertently met the Queen. I was 19 and working as a ‘CESR’.  Computers as we know them were in their infancy and office machines trying to do better than ‘tippex,’ ran ‘paper tape’ applications for standard letters.  As a ‘Customer Education Support Representative’ my job was to teach new customers how to use these machines (which are probably now living in the basement of the  V & A Museum.)

The ‘Duke of Edinburgh’s Household’ had purchased two of these machines and the day came for me to train the staff on their use.  I made my way to the front of the Palace to a small gate (tradesmen’s entrance).  I showed my official invitation and was escorted across the front of the palace, to the door on the right.  Behind me, outside the gate, were the day’s tourists (maybe) wondering who I was.  The band began to play and the soldiers were marching ready for the ‘Changing of the Guard’ ceremony.  In all this there was little old me, 19 years of age, all the way from Kentish Town in North London, wondering how I had got to be there.

Inside the Palace a long corridor with offices on either side .  Paintings on the walls and the thickest carpet to walk on that I had ever seen. I was ushered into the office of two ladies with velvet Alice bands and clothes that weren’t familiar to a kid from Kentish Town.

First royal to pop his head round the door was the Duke of Edinburgh who wanted a word with his secretary.  He said, ‘who have we got here then’ to his staff and they explained that I was the ‘Gal about the machines’.  He said he hoped I knew what I was doing because they  couldn’t understand them at all. I managed the obligatory laugh!

The job was done and the bell was pressed for security to see me to the gate.  As I walked the lush carpets again both the Queen and the Duke of Edinburgh walked towards me.  ‘Good Morning’ said the Queen ‘job done dear?’.  The five words Queen Elizabeth said to me.  Covered in confusion and not sure whether to curtsey or not I stood there like a lemon.

The Queen, the Duke of Edinburgh, Buckingham Palace have not been thought about for years.  The news of this week brought all those unique memories flooding back.

Yes I did meet the Queen and I did enter Buckingham Palace.  I didn’t see Paddington Bear and it wasn’t a dream.