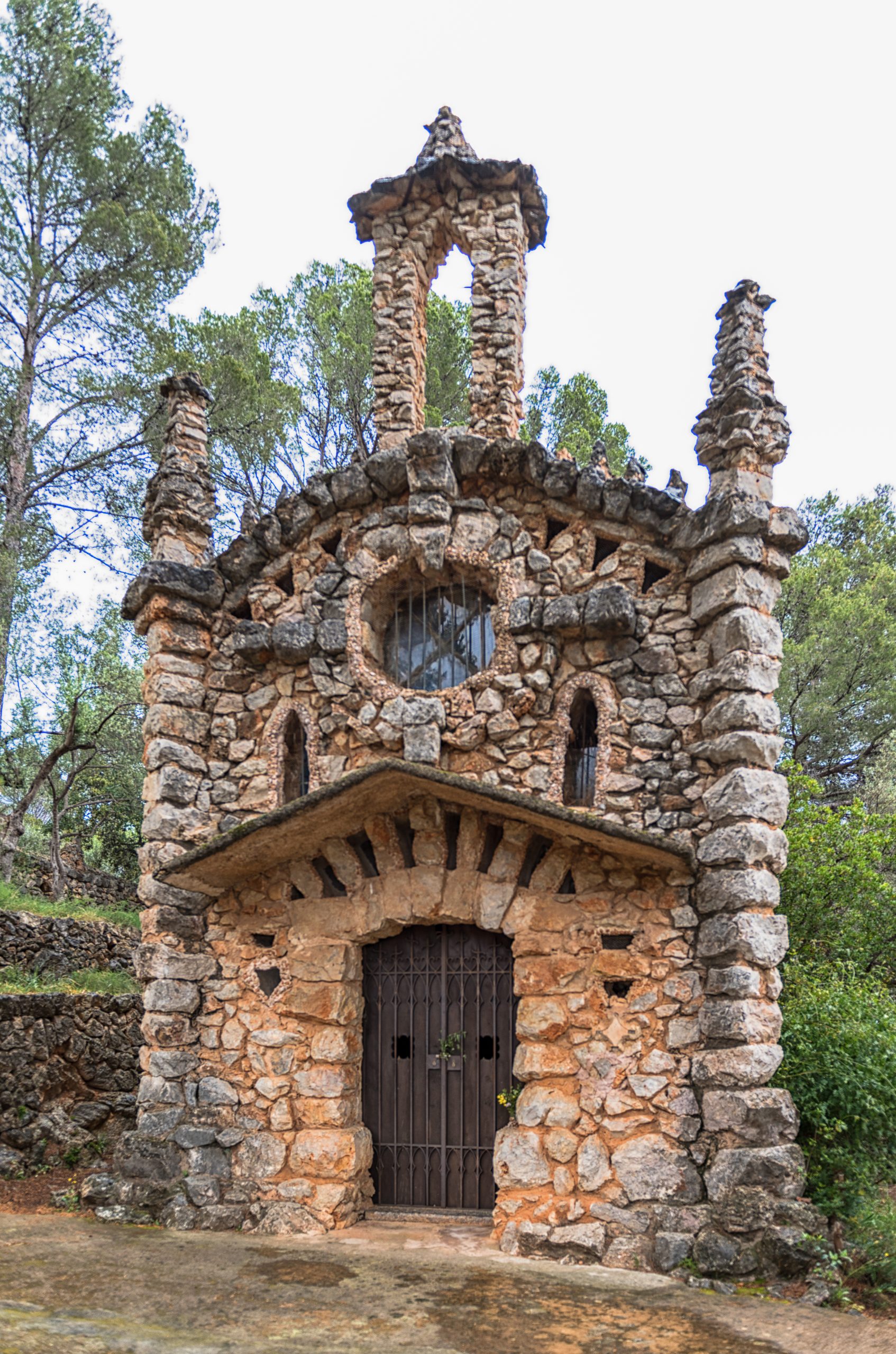 The weather is too hot to go far and this is one of those visits which is just so convenient for all.  Those that want to walk up from the L’horta district of Soller can. Those who want to drive can too.  Often the older and younger in family groups do just that and meet there in the grounds for a picnic.  The Capelleta is the gothic church building which is built to resemble the shrine of Bernadette in Lourdes.  It sits in a field on its own with a large patio where pilgrims meet and hold services.  The Church itself is too small for many to actually worship inside the building.  In another field stands the Santuari de Santa Maria de l’Olivar des fenàs.  This was built in 1944 and was an Augustine Monastery. In later years it was the home of the nuns of the area.

Route 221 from Soller comes across this oasis on its route to Fornalutx.  The views over the Soller Valley are spectacular from this point and it is a photographers look out point.

Capelleta looks so very old and gothic but it started its life as a rough-hewn church in 1917.  It was then  part of the worship centres of the mountains which allowed locals to go to Church without having to trek down into Soller. In 1944 the Monastery joined Capelleta and became an important worship centre of the time.

So many weddings have taken place in the grounds of this little Church.  The families of the L’horta district of Soller have a very special affinity to this place and it was tradition that their weddings would take place here.

In my own Soller Valley life I have used this corner for dog walks, children’s outings and a reflective space when I am alone.  I find it peaceful but challenging as it represents change and progress and doesn’t stand still.

These days the young people from St Bartholomew’s Church in Soller use it as their confirmation preparation centre.  Their youth groups often meet here and they use it as part of their summer activities programme.

This outing was an early evening one and then there was the hop in the car up to Fornalutx. A great pleasure to sit in the square and watch the village come to life after all the day trippers have left. Fornalutx shakes back down again each evening and the square is full of people who know one another.  Village life in all its time honoured traditions exists here.

This is a very easy wander into a different world in the Soller Valley.  Incongruous maybe to have a gothic shrine and a Monastery hanging off the main road to Fornalutx. The mountains of our Valley hold many secrets and this place is one of them – until you discover it for yourself.