Loading...
Skip to content
Look at the signs in Soller
Written by Shirley Roberts
Photographs by Rachel Fox
Published in the Majorca Daily Bulletin
on Tuesday 21st February 2017
So much change in the air as the tourist season starts in Soller this week.  The collection of Cafes that enclose our City square are all re opening and new owners have arrived in some of them.  A fresh look at an established scene is always a challenge and locals are ready to check them out.  Everyone has heard the gossip of the winter and followed the route of the business relocation agents who have been very evident.  The antennae for following a ‘suit’ as they slip in and out of our prestigious establishments is a game of this season.  We were well rewarded this week as the big money was being spent by Joseph Le Mer of the French Sermeta Group. This is an intriguing story of a company who had decided that their business expansion plans were to include hotels in Mallorca.  Their team duly arrived and viewed hotels in Santa Ponsa and Calvia and then they made the journey to the Soller Valley.  Soller has a huge French connection and when it was heard that French buyers were around everyone put two and two together and came up with the wrong number.  This group of people had never been to Soller before and had no previous connection with the valley.  They just simply fell in love with everything they saw, like so many before them. 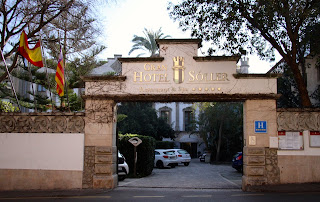 Within weeks, three major purchases were made, starting with the Gran Hotel in the centre of the City.  The Gran is a fine building which was one of the early Soller palaces of the past.  The original family who owned it created a commercial enterprise at the back of the building and it became a tannery for leather.  This joined the many other Soller factories of the time and supplied the army with boots in the first world war. As time passed it became a beautiful, favoured hotel and just a few weeks ago the first acquisition of Sermeta. 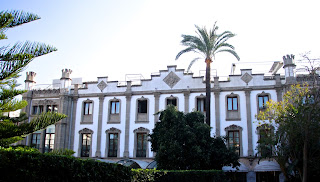 Meanwhile down at the beach in the Port of Soller the very special Aimia Hotel was another to have a very quick sale and it too has been purchased by the Sermeta group. 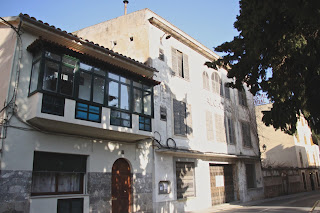 Last Wednesday a third acquisition took place and I was there when the sold sign went up on the derelict Alcazar Cinema site.  This fabulous building once housed a cinema which took pride of place in Soller for 60 years.  Every local person has memories of that building and has a view on the sad building it has become in its decline. The Sermeta group wasted no time but completed the purchase that day and announced they were delighted to have bought this building in such close proximity to the Gran Hotel.  Their full plans are not declared yet but early indications are they want to create high end holiday apartments. 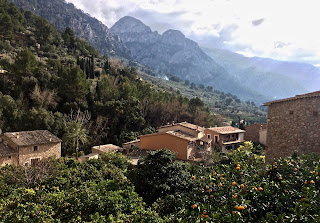 This rush to buy in Soller is creating confusion in the way we usually do things here.  Good work is often done on infrastructure projects but it always takes time.  The idea that three major purchases can happen in weeks bringing a brand new player in our midst is a serious shock. The chattering classes of Soller have much to ponder and the question is ‘where will it all end’.
The signs were always there that when the Soller tunnel was eventually free it would herald major changes here and maybe this is just the beginning.
All eyes this week turn to the pleasure of the carnival season in Soller and on Friday afternoon the Children’s Rueta dominates the square from 4 pm.  This is a great occasion when the school groups and individual children show their fine costumes and have fun before the mind set changes towards Easter.  On Saturday the action changes to the Port of Soller from 3.30 pm for the Rua. This is altogether are more raucous affair with cash prizes for the best costumes.  The cross dressing and innovative themes are always fun and Carnival 2017 is likely to be a great one.
The Coll mountain road above Soller has been re opened this week.  It was closed for weeks owing to the landslides in the heavy rains that are now a distant memory.  The cyclists are delighted that one of their favoured routes is back on track with its 52 hairpin bends. All the signs are good for the start of the season and the visitors are here in great numbers already.  Just as well that the hotels and restaurants are open and the busy life of the Soller Valley continues and gives pleasure to all.