Loading...
Skip to content
Soller is the story this week
Written by Shirley Roberts
Photographs by Rachel Fox
Published in the Majorca Daily Bulletin
on Tuesday 14th February 2017
It all kicked off in Soller when the E. U. decided we were worthy of attention.  So many crucial world events being debated right now and the Soller train joined them. Many of you know the story of how a rogue German took the Soller train to the decision makers of the E. U. to complain that the discount for ‘residents’ discriminated against all other nationalities. 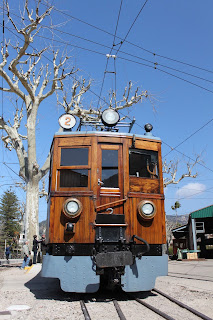 Ever the voice of balance I have to say that everyone I have read on this subject has so far got the story wrong. I know the journalistic line that says ‘never let the truth get in the way of a good story’ but I just don’t subscribe to it. These are the facts as explained to me by the Soller Train people. 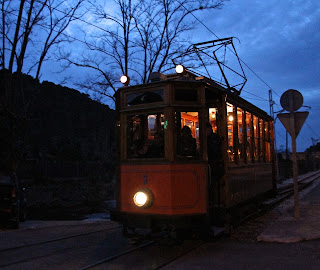 The local discounts available to all nationalities who live in the Soller Valley and are official residents are currently unaffected by this ban.  The discount under scrutiny is the one introduced a couple of years ago which gave a resident’s discount to all citizens of the Balearic Islands (whatever their nationality). They just had to produce their documents proving they were resident to get a discount on the train and the Soller tram. The complaint is that this discount is not fair to the residents of the rest of Spain and to all other European countries.  The point here is nothing to do with nationality but all to do with being an official resident.
The fact that a German made the complaint is irrelevant it could have just as easily been a citizen of Madrid here on holiday. The effect of this directive to get the house in order may well now have a knock on effect to local residents.  The train company are using this directive from the E.U. to look at all their fare structures and begin a new regime from 1st April 2017. Watch this space and I will give you the facts as they emerge. 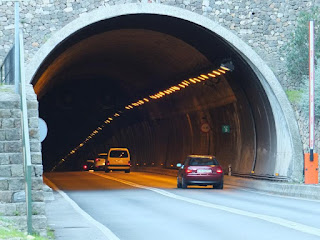 The bigger story this week is all about the Soller tunnel being free to all from 1stSeptember 2017.  The announcement was televised and a permanent record exists of the promises made. The voices all around me say that this will never come true and that excuses will continue to be made to keep charging this cash cow. Time will tell but there seems to be a huge will for this to happen now with the Balearic government saying that an injustice was done to the people of the Soller Valley in making them pay this money over the past twenty years. Currently residents of Soller are still owed around 1500 euros for refunds on the tunnel charge they have to pay.  People are hoping that debt will be paid by the time the tunnel becomes free.  This story is such that you couldn’t even write the script because no-one would believe it.  This is one of the idiosyncrasies that Sollerics endure to live in this glorious, eccentric place.
There is of course another view as to whether a free tunnel is a good thing. Twenty years ago, in 1997 the Soller Tunnel was opened. This event was highly controversial with many local residents opposing its opening with every breath in their body. They enjoyed their exclusivity and inaccessibility. They loved the self contained community they lived in and saw no benefits to change. This week it is as if history is repeating itself with many predicting doom, gloom and saturation of the area if the Soller Tunnel becomes free of charge. The 1997 arguments are being used for the 2017 generation who want to maintain the status quo because they like it.
The phones are ringing and emails are in overdrive as the reality of a ‘no tunnel charge’ sinks in. The biggest change will be in the reality of Soller becoming a true commuter destination to Palma. The influx of new residents is the gift to Soller of the change. The Estate Agents of Soller are bracing themselves…
The practicalities of car parking, extra transport links, public toilets and changes to the infrastructure to be ready for more people is the workload of the Adjuntement of Soller. They will be very busy in this regard for years to come. 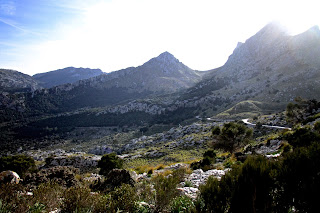 Another expected change for the future is all to do with the ad hoc nature of decision making for the residents of Mallorca. A trip to the beach, to the mountains, to the Shopping streets of Soller and the Port will no longer be a financial one. The 11 euros’ tunnel charge for a return journey before your day begins is over from 1st September 2017.
All change into a brave new world…