Loading...
Skip to content
Tradition in the Soller Valley
By Shirley Roberts
Photographs by Rachel Fox
Published in the Majorca Daily Bulletin on
Tuesday 7th February 2017 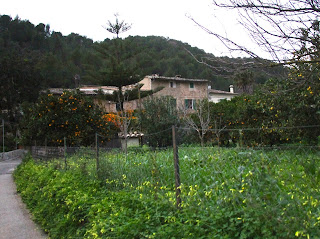 Majorca is a very traditional island.  In all towns and villages and in the City of Palma itself local and national commemorations fill the annual diaries. The City of Soller is right up there with unique events and the process for 2017 started this weekend.  The selection of the Valiant Women for the year is a true democratic election and taken very seriously by local people.   Many of you will know that in May the annual fight between the Moors and the Christians takes place and thousands come to take part and to watch.  Last year a semblance of planning meant that the ubiquitous wristbands were issued for crowd control. Six thousand were allowed into Soller square for the final battle with thousands more being held behind the barriers because they didn’t have the WB. 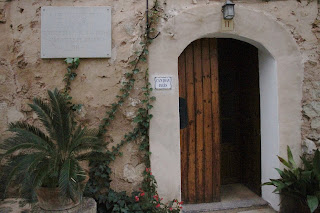 For those who don’t know the story of this fiesta let me give you a brief overview concentrating on the role of the Valiant Women. In 1561 when Majorca was being besieged regularly by pirates a ‘Moorish’ invasion happened in the Port of Soller. The Algerian invaders landed on the beach in the Port of Soller and marched to Soller to claim it for the Arabs. This was a common event and lookout posts had been erected on the coasts and flares lit when pirate boats approached. The people had warning via the flares that another invasion had begun.  The women of L’horta (halfway between Port and City) gathered at the place that is now known as the Monument roundabout. They spread treacle and stones on the road and waited to ambush the pirates as they sauntered up the path. Sling shots and battle ended in the house at Tamany (just up the road from the Monument).  The women got the leaders into the house and then promptly pushed them out of the window to their death.
The Valiant Dones have been revered ever since and every year elections take place for two young women to look after the honour for a year.  They dress in traditional costumes for all the special celebrations and represent the peoples war against terrorism.   It is considered a high honour to be elected and election night is a big event.  On Friday it all happened and there was a bonfire, music, voting, fun and the results were declared.  This years Valiant Women are Catalina Arbona and Llucia Bibiloni and they begin their honour at the Moors and Christians Firo in May. 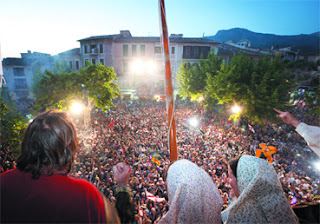 February is so important for the Soller Valley because it is our ‘switch on’ month.  The real hotels of the area open their doors and the finest restaurants get busy in the kitchen. The Soller Train starts running its daily services from Monday 6th February and employment contracts start for the next ten months for many.  Valentine’s Day is celebrated with special menus and a Concert of Love in the Escolapies Centre with the talents of Waltrud Mucher and pianist Suzanne Bradbury on offer.  Before that there are parties planned to welcome back the visitors and on Saturday 11th February the main shopping street of Soller – the Lluna celebrates with Music, Tapas and Wine from late afternoon. Everyone is so welcome to join the party and anticipate a great 2017. 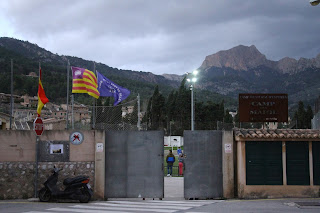 February is the time that the Soller Football Club reveals its teams for 2017 to the world.  Soller has one of the most beautifully located pitches in the world, surrounded on three sides by exquisite mountain scenery. The tradition is that the 14 youth teams of Soller and their families and friends gather at the pitch for the photographs and roll call. Each team marches on in full kit as their names are called individually.  They have team and club photographs taken and then they have a great party and the stadium rocks. The youngest footballers are 5 years old and they join a proud club where the children are fiercely proud of being part of this Soller tradition. Our family provide one of the only girl footballers of Soller so we all have a real personal interest in this great club.  The Soccer Moms and Dads of Soller do a great job of supporting their children for all the home and away matches all over the island.
February is where it all begins for another year and we are very excited by all the hopes and challenges of the 2017 season. The traditions and predictability of it all is very comforting in an uncertain world.