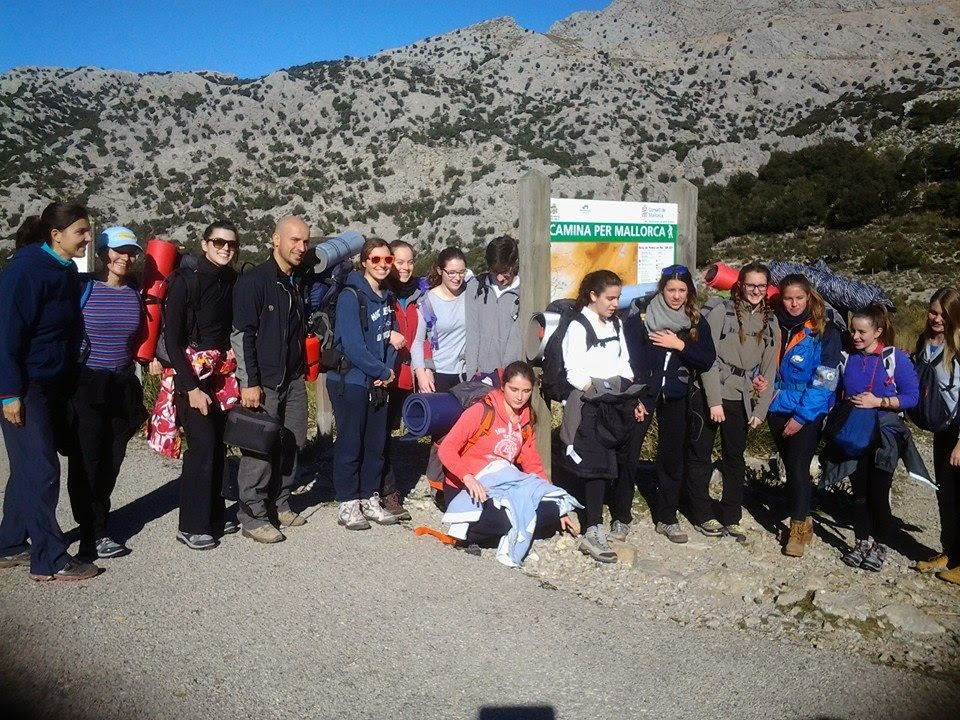 The beautiful weather of the past weekend brought everybody out.  The beach and the Port of Soller were busy as was the City of Soller preparing for the big events of the Fiesta of the Prawn.  My delight first thing on Saturday morning was to drive up the mountain to the Cuber reservoir with a princess who was just about to be challenged. I was the taxi service for my granddaughter as she and her camping equipment and backpack were taken to meet her friends.   The team from Bellver College were starting their Duke of Edinburgh’s award challenges at 9 am high in the Tramuntana. I watched as this group of young people handed in their mobile phones to the teacher and prepared to walk for hours to Lluch Monastery.  The challenges, learning curve and fun that awaited them was obvious – but I pitied their poor backs! 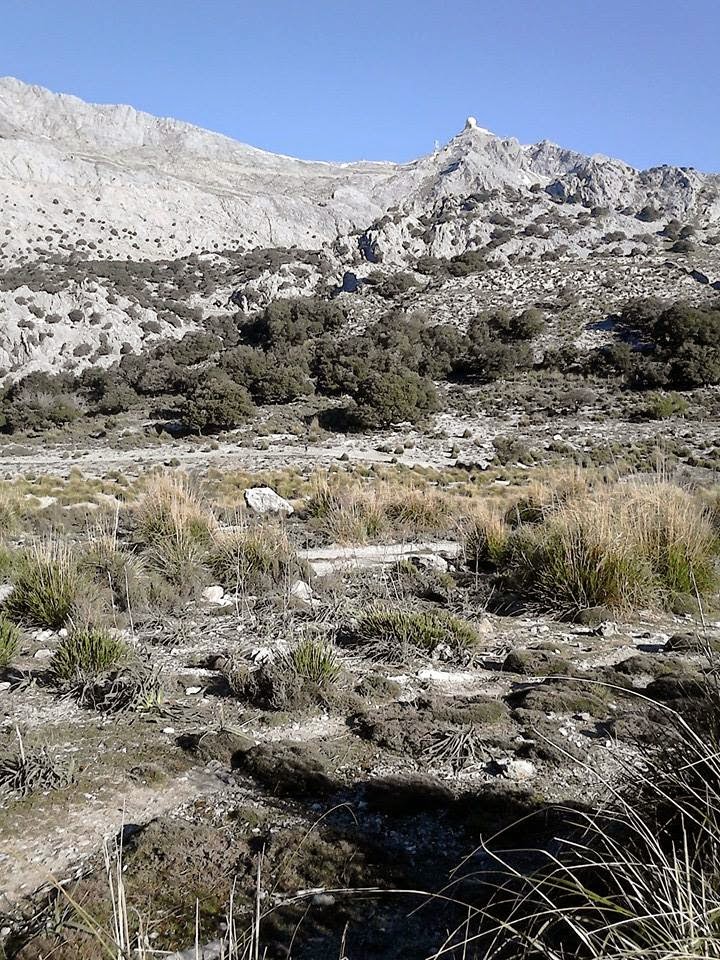 The awesome beauty of that place – only half an hours drive from Soller – is breathtaking.  The mountains as they reflect in the water, the beautiful blue of the sky, the air so clean you can taste it – simply stunning.  I watched as more and more people arrived to walk, jog, run and amble along the trails that lead to so many places from this starting place at Cuber.  Taxis also drew up bringing people to begin their walks.  To reach Fornalutx and Soller from this point, depending which trail you take can take up to four hours walking.  The number of people that arrived to use this beauty spot at 9 o clock on a Saturday morning was a surprise to me – it was buzzing up there!  Our position in the universe in the midst of this wonderful beauty never fails but to delight.  I am very happy to share this information and introduce a new generation to the delights of the Soller Valley and the scenery waiting to be discovered. 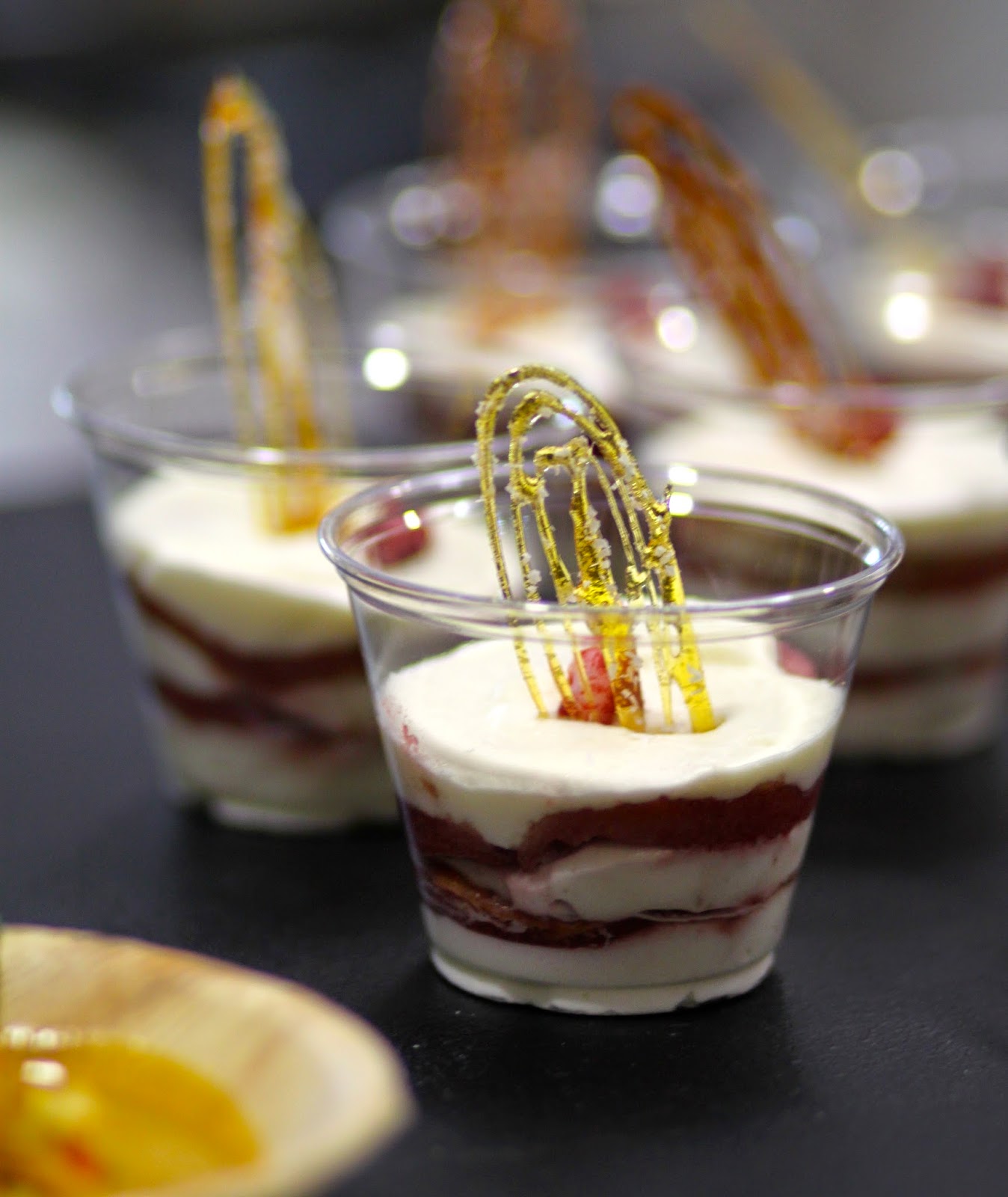 Soller began to fill up on Saturday afternoon after the market had packed away.  Delivery vans and event organisers took over our Market Hall and it was like something out of a film set.  Illuminated posters of all the Soller Valley chefs appeared on the colonnades of the hall.  Inside the place was transformed into cooking stations and cocktail bars.  I wouldn’t like to hazard a guess at how many people arrived on Saturday evening. The queue of folk waiting to get in stretched from the Market Hall to Soller’s main square.   People were still queuing at 11.30 pm and Soller was a hive of activity till the early hours. This turned out to be a very slick affair from the illuminated posters to the interior design of the Chef stations.  The only logjam occurred at the point of selling the tickets for the tapas and drinks.  The staff were being ultra friendly and helpful explaining the system but it was all a little too time consuming.  The people queuing would have been happier with signage in a number of languages rather than an individual explanation.  That being said it was a great event and a serious success story for Soller. 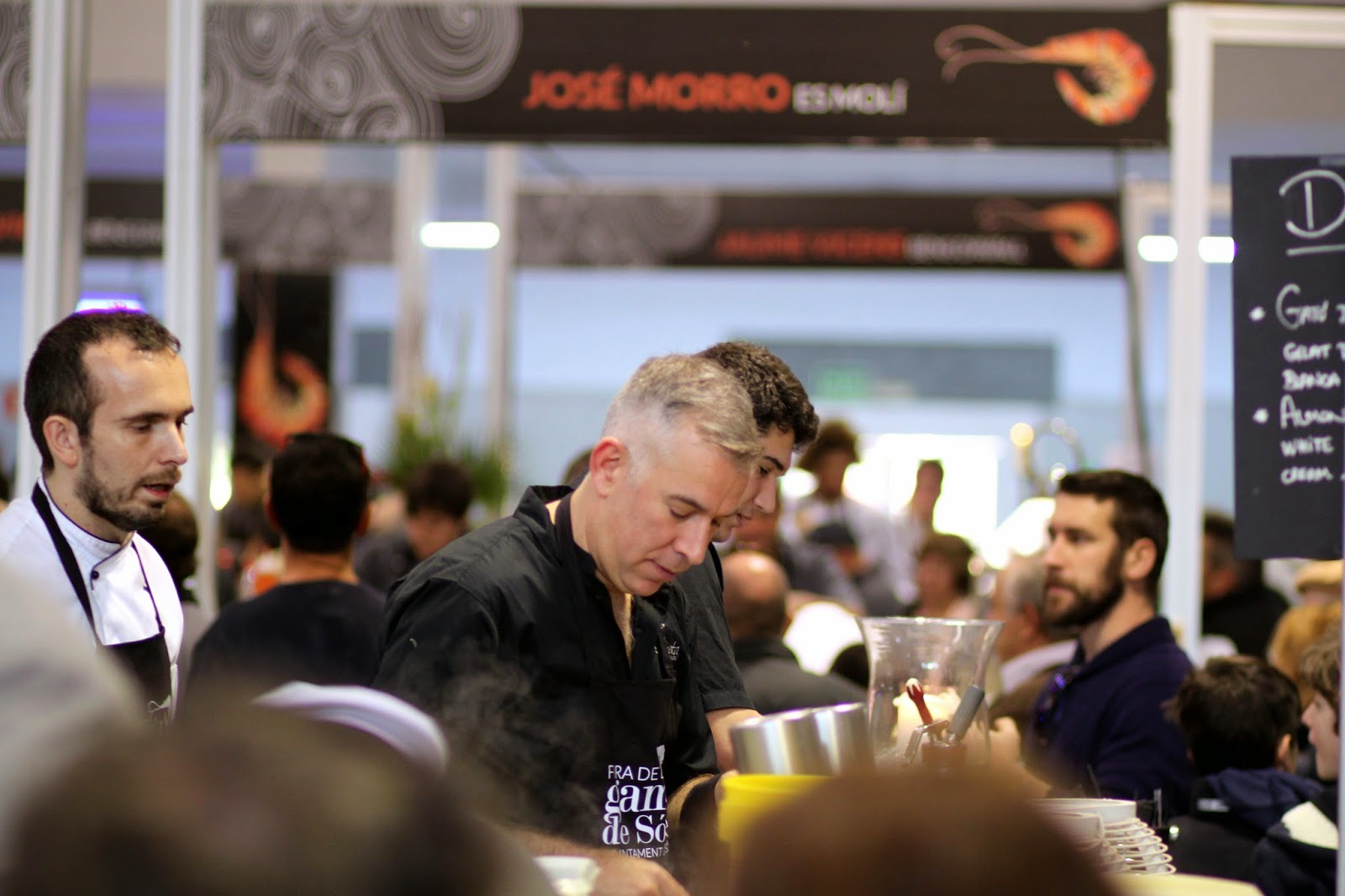 On Sunday Soller did it all again and the word was out.  The cars travelling to Soller from the Palma direction were backed up from the tunnel almost to Palmanyola.  So many people wanted a piece of our wonderful fiesta.  The sun shone and the people spread out of the market hall with their prawn tapas and drinks.  The music was entertaining everyone and the atmosphere was just great.  This is winter in the Soller Valley and in this, Majorca ’s second City, the people were having fun. 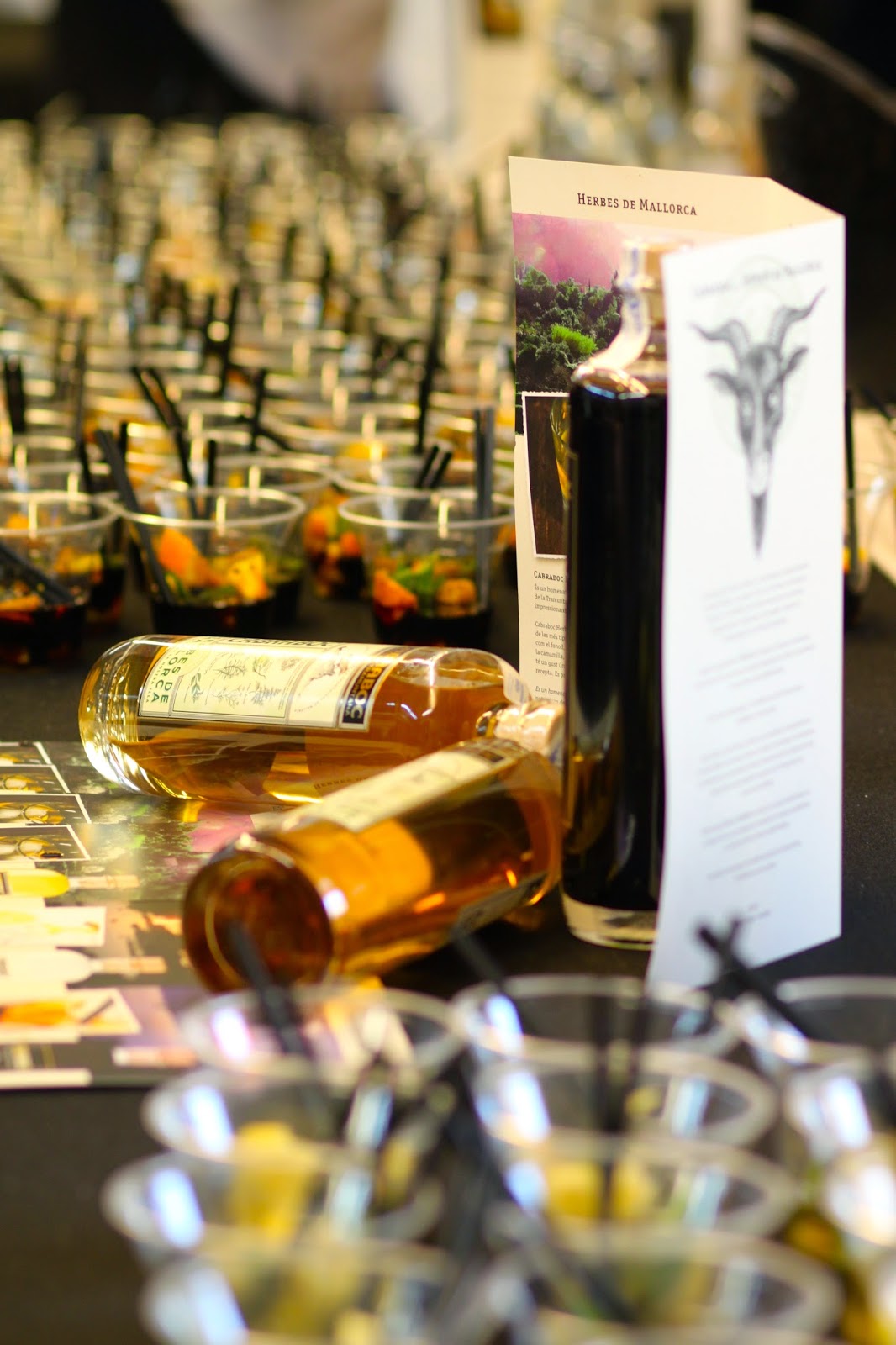 I am glad to report that the children who slept in the freezing conditions of Lluc survived their ordeal.  They laughed and cried together in the extremities they were faced with and I guess that is what the experience was all about. They saw sights they has never seen before and appreciated the scenery we take for granted.  Their Sunday walk in Lluch was permeated by birdsong and a visiting flock of robins and the beauty of nature was all around.  The best sight of all at 2 pm was the sight of Mum in a warm car and the promise of dinner waiting at home.   You can have wonderful experiences and the best time with your friends but in the end there is no place like home – especially if it is in the Soller Valley