Mar 15 at 7:50 PM
Eurovision touches the Soller Valley
Published in the Majorca Daily bulletin
Tueasday 16th march 2015
Photographs by Rachel Fox
The Eurovision song contest is an excuse for a party.   The television is on in the corner of the bar as friends gather to analyse the performances and costumes. The voting prejudices make us laugh and the English commentary given at one time by Terry Wogan and now by Graham Norton is fun.  This year marks the 60th Anniversary of Eurovision and the contest takes place in Vienna on May 23rd. On this anniversary the Soller Valley has a very special interest in the contest and can claim a slice of the action.  Fast forward up to Fornalutx and that is where you find the Eurovision key.
The Fornalutx world is one of beauty, sunshine and an eclectic mix of people.  This is the world of Veronica More of Bletchingly fame.   It is where Sue Lloyd Roberts runs her hotel in-between trawling the world’s trouble spots highlighting injustice.  It is the favoured place of many who buy holiday and relocation homes.  Fornalutx welcomes many holiday makers and visitors each year and looks after them beautifully in the select hotels and restaurants that can be found there. 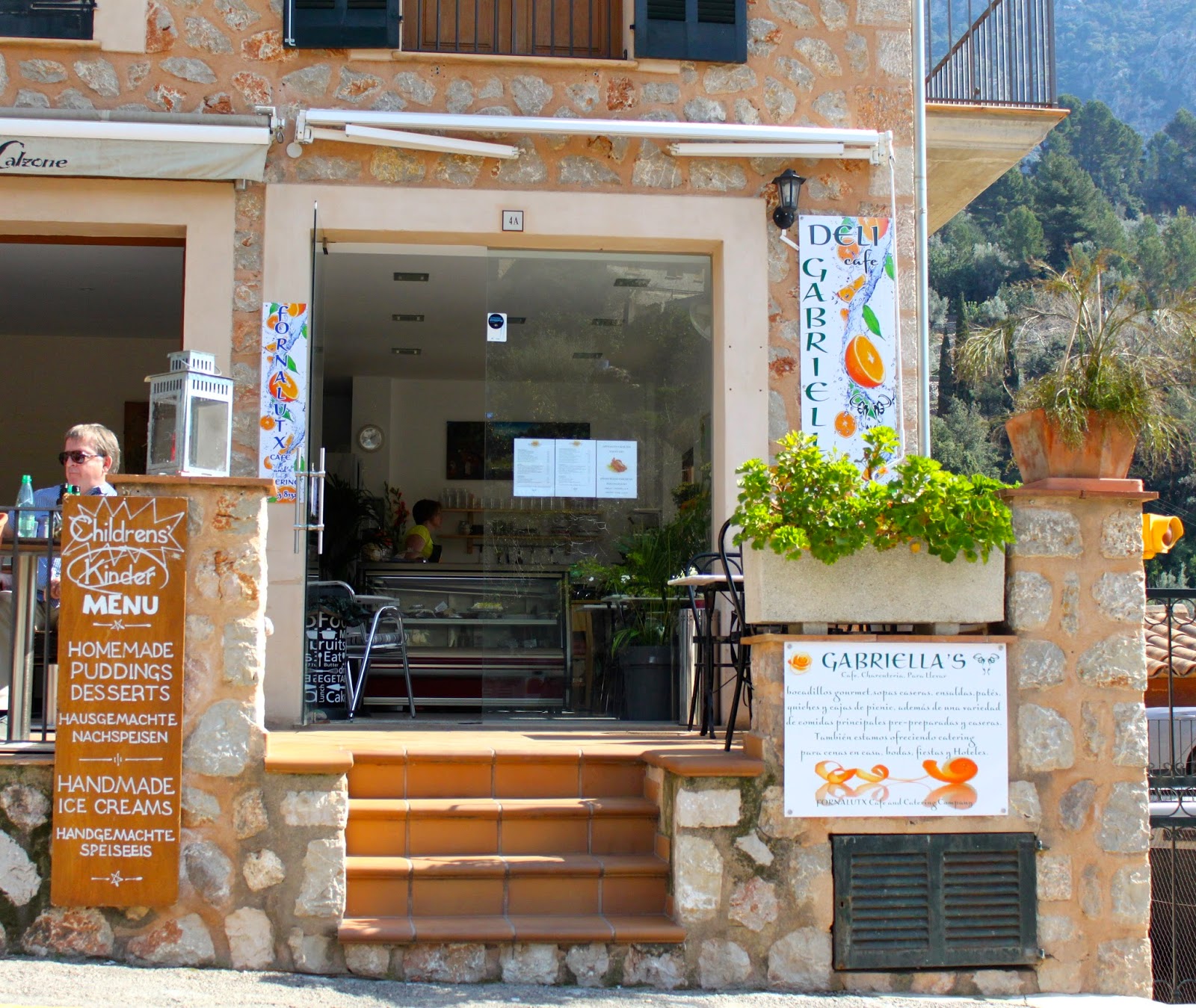 Gabrielle Beaumont, a long time Fornalutx resident is one of those people who have lived many lives in one.   She is a film director with with the credits of Hill Street Blues and Star trek behind her and a whole career in the industry to look back on.  These days she is to be found more  in Fornalutx than in los Angeles .  Fornalutx is  where she has had a home for over forty years.  Gabrielle loves this place and has contributed restaurants and businesses to it.  A week ago she opened Gabriella’s Deli which is a great delicatessen and café with and take away and catering arm. 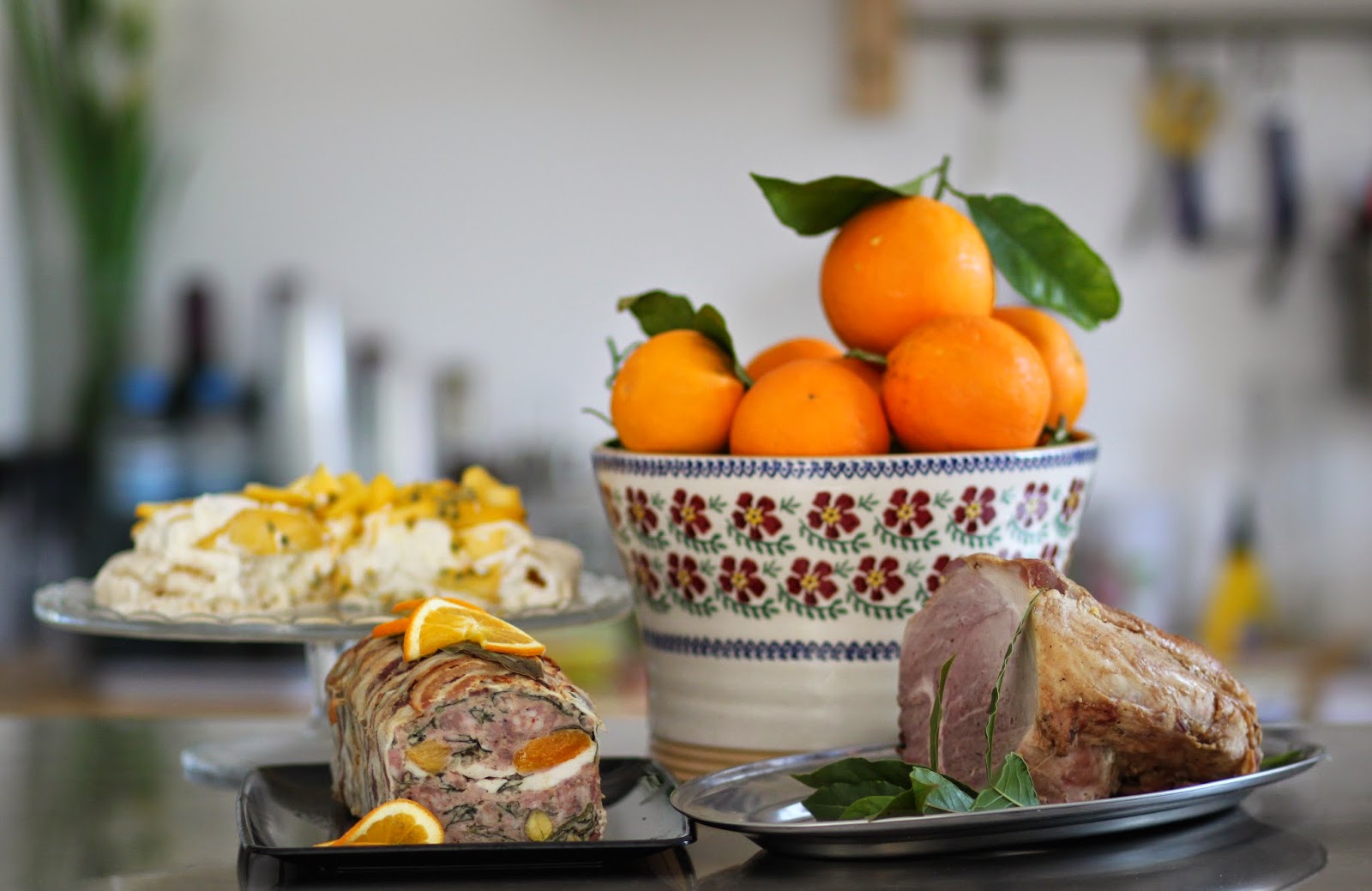 This is a family collaboration and Gabrielle has brought in the Irish team with Chef Rachel Sterling (her cousin) leading the group.   Rachel is a successful Dublin Chef who bakes her own Irish bread in the Fornalutx oven. Everything is home made in that Deli and all simply delicious.  The cake, pastries, pates and pies are such a treat and the order book is already bulging with catering orders for yachts and the big houses of the Valle 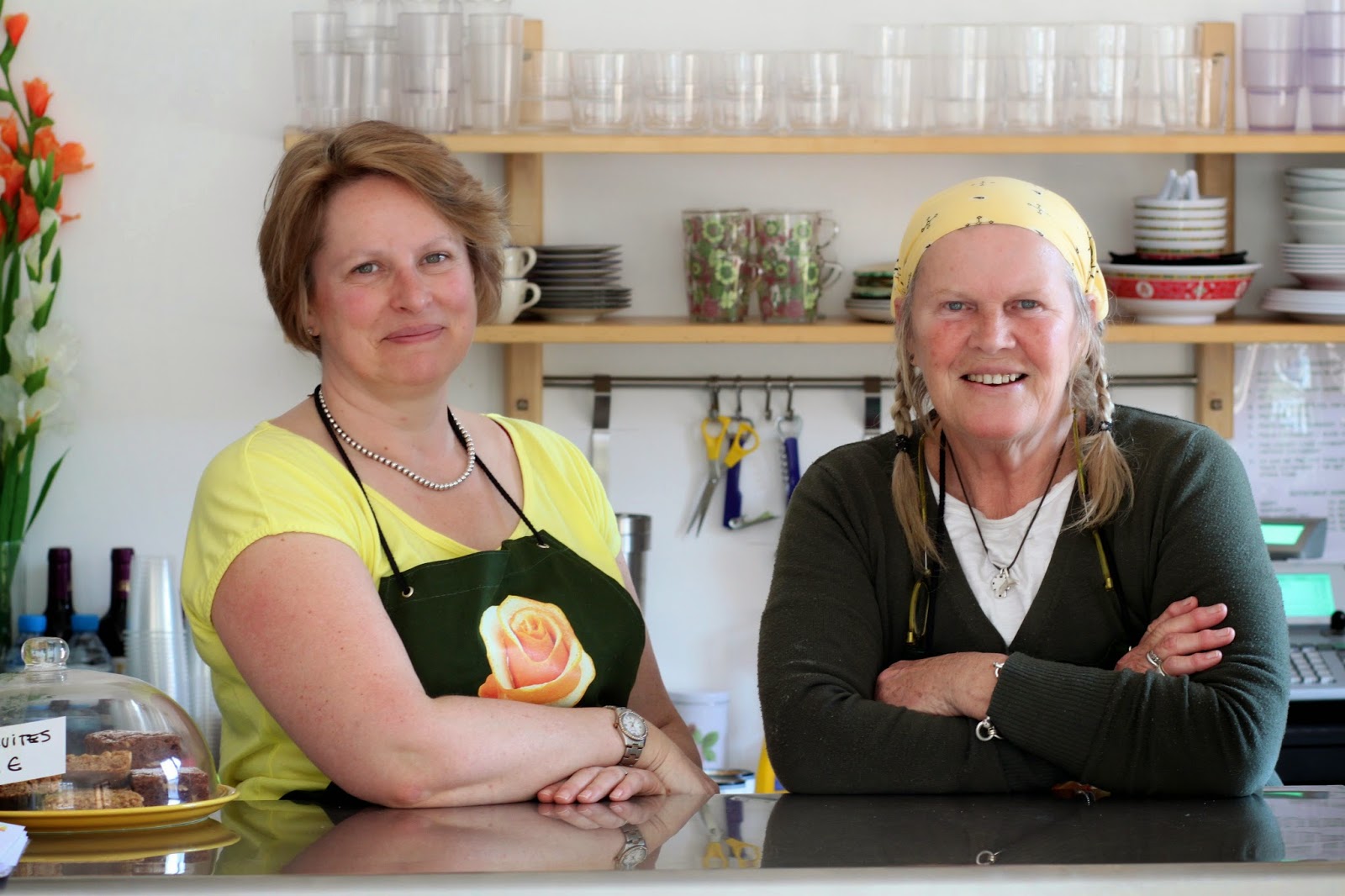 Rachel has been in residence and busy in our world for the past month when the Eurovision call came.  Back in Dublin her daughter Molly was busy going to school and excelling in music, she is a talented singer songwriter and is aged just 17.  Molly is a frequent visitor to Fornalutx and expected to be even more so now that her parents have relocated. Molly had enjoyed success with her music and has an agent who was looking out for her but essentially she was going to school, writing songs, playing the piano and getting on with her teenage life.
Molly Sterling has been chosen to represent Ireland in the Eurovision Song contest with the song that she has written and accompanies on the piano –  ‘Playing with Numbers’-is the title. The Sterling family have been catapulted into a whole new world. They knew they had a talented daughter but Eurovision or this kind of major exposure wasn’t quite on their list of things to think about this year. Molly is taking this wonderful opportunity in her stride and is proud on every level to be representing her country and showcasing her work. 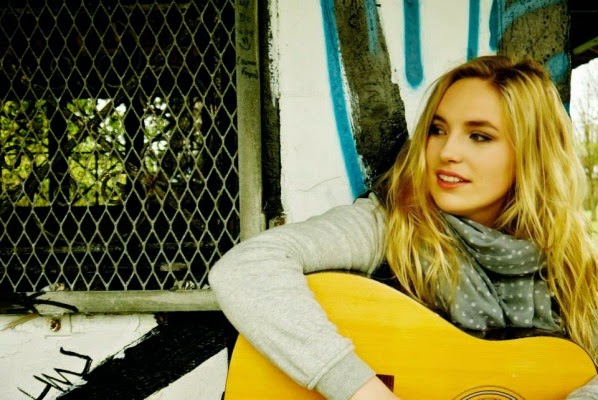 Gabriella’s Deli is a hive of activity and a lot of singing goes on there too .Penny Lane, the local blues singer is part of the team and in-between the hard work of running this great place there is the occasional burst of song and a lot of raucous laughter. The people of the area are all very excited for the Sterling family and wish Molly the best of luck in her Eurovision endeavours.  Gabriella’s Deli could never be  an ordinary place because of all the extraordinary people that are involved.  Add to that a 17 year old Eurovision contestant and the word surreal comes to mind.
The date to book in your diary for a trip to Fornalutx is  Saturday May 23rd when the village  will do Eurovision big time.  The Irish flag might be in evidence and maybe a local drink or two but the food will be second to none and the party will star with the music.
Every year new people come to join us in the Soller Valley and bring something of themselves to their new lives here.  The Sterling family, in their short time in Fornalutx have done just that with a vengeance.  Who would have thought that Eurovision in its 60th year would have been so significant for the Soller Valley .