The perfect horse shoe bay of the Port of Soller is very special to Sollerics.  It is ‘our beach’ and as such it is well used.   The work of the past few years has created a sandy beach from end to end with a little erosion problem in the centre.  This was the place that thousands of tons of sand from the mainland were brought to create a new beach.  It is very unusual sand, always cool and comfortable underfoot, that is until the winter when lots of it gets washed away. Every year it is topped up and by the time the beach visitors arrive from about April onwards the sands are in fine shape.The Repic Beach is on the left of the resort and the Es Traves or Geronios beaches are on the right towards the fishing end of the Port.
All eyes were on the right this week as the Mayor of Soller joined the hierarchy of the Navy to make their case to central government about the plans for the Santa Catalina end of the resort.  For some years the rumblings have been heard about the plans for this large site that used to be the Military end of things.  The Navy buildings are there and the largest one is still used as a holiday retreat for Navy personnel who are convalescing from illnesses and injuries. The Mayor and his entourage outlined the ambitious plans which include the creation of a Naval Museum with many outlying workshops for schools and educational purposes.  A submarine that could be visited and experienced as a tourist attraction.  The extension of the Soller Tram line to service the Museum of the Sea and effectively bring the Tram right round the end of the bay. The creation of shops, bars and restaurants on the surrounding unused land and also some ‘high end’ shops to please the tastes of visiting cruisers. 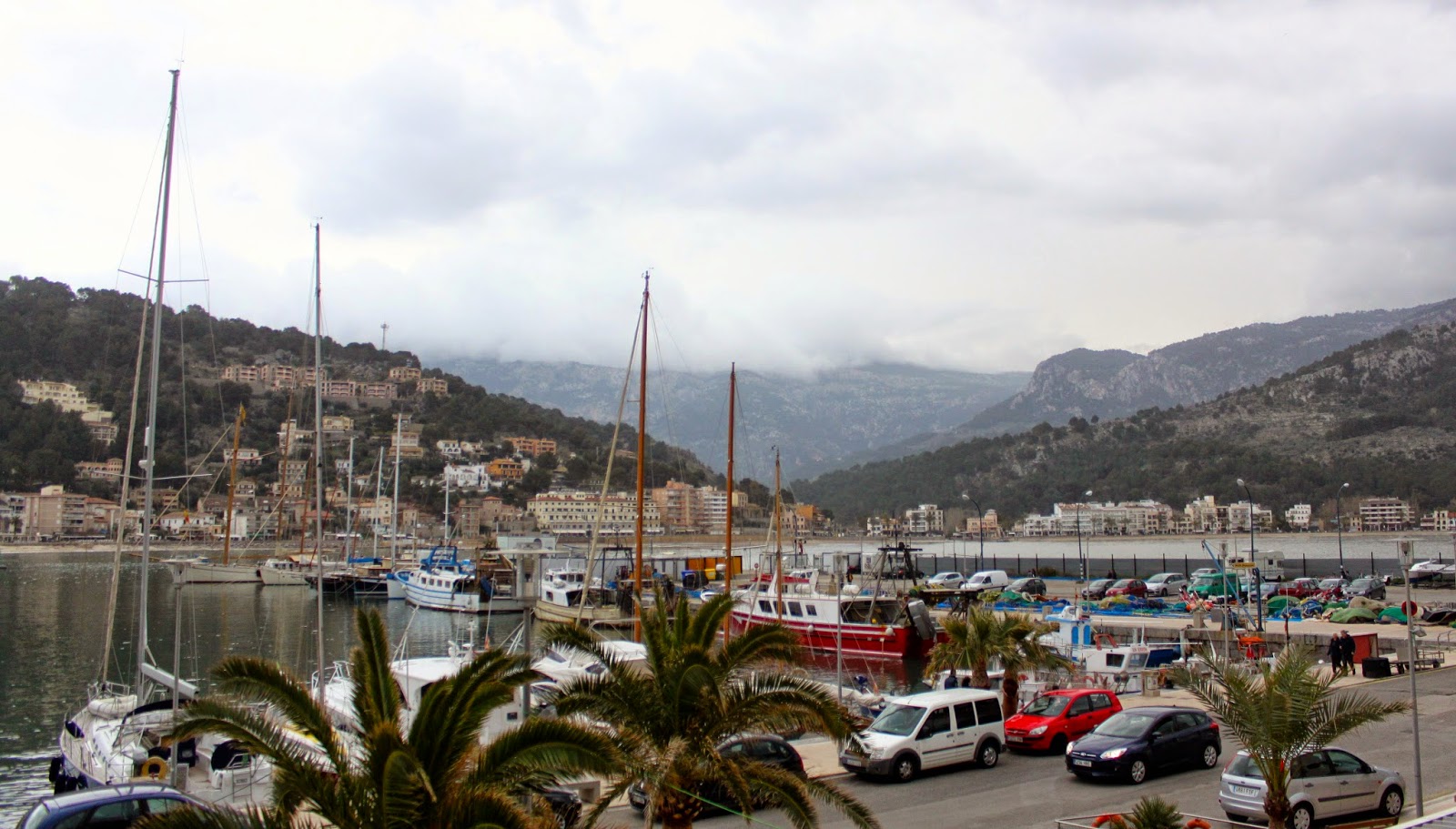 As these stories filtered through social media had a field day.  The questions asked were ‘ how will the tram climb the hill to the museum?’, ‘What provision is being made for access for the residents of Santa Catalina’, ‘why do we have to have all these changes – we love it as it is’ etc.  I can’t answer all the questions but I can hazard a guess at the tram one.  The intention seems to be to bring the tram as far as it will go – on the flat- to the bottom of the steps leading to the Museum of the Sea’  I think there is enough work in this project to keep everyone busy without the engineering involved in making the tram climb.  Unless of course we learn a little from San Francisco . 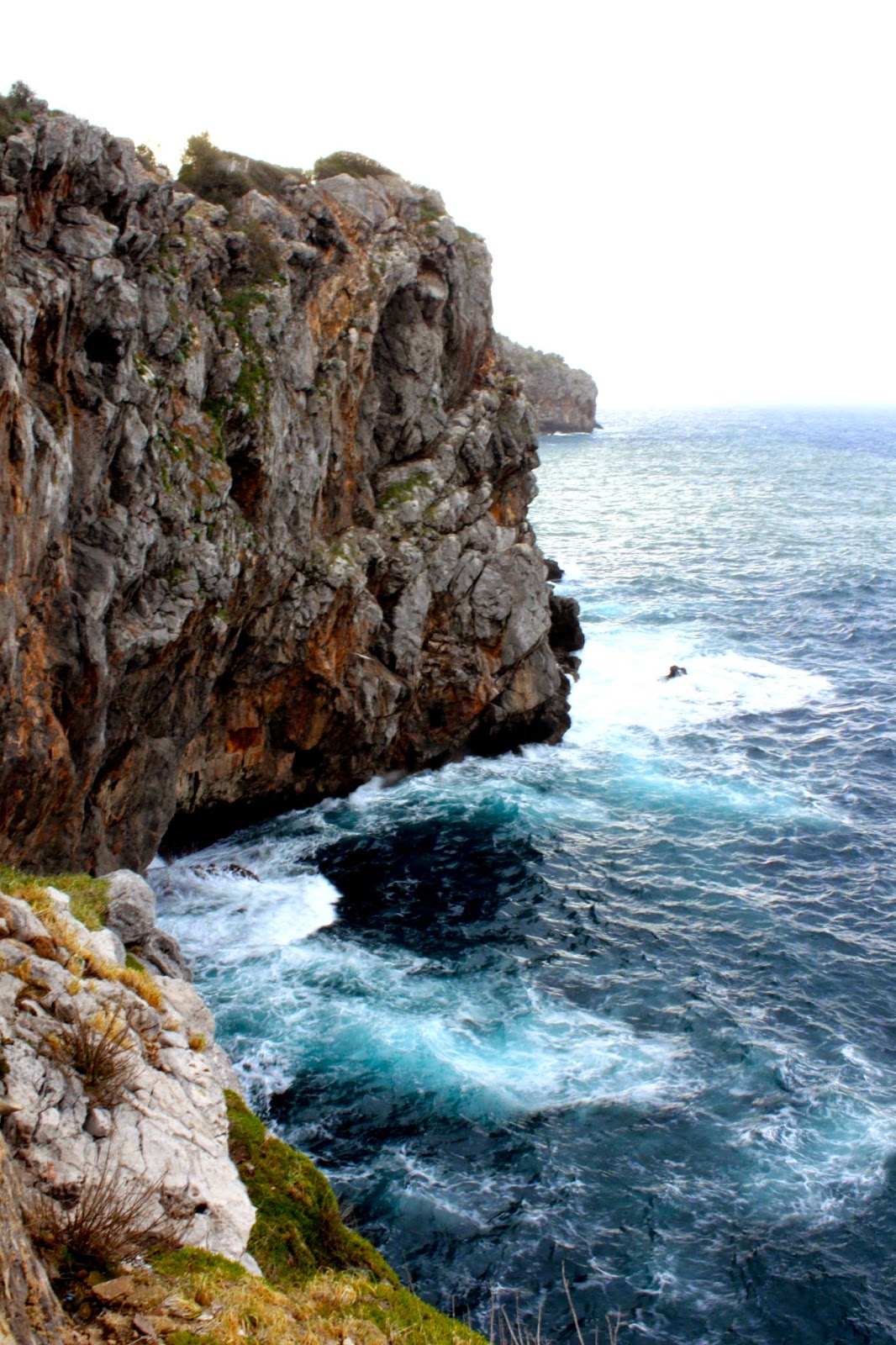 On the second line of the Port of Soller the car park behind the school has been reinstated in its entirety.  Faithful readers might remember the problems when, for awhile the right hand didn’t know what the left was doing.  The car park was dug up in readiness for the redevelopment of the Health Centre out of the old Tourist Information Office. This idea proved completely unworkable after the site had been dug away.   Suffice it to say that this has caused a big row which will all be shouted about as the elections draw nearer and the blame game begins in earnest.  In the meantime the site has been re- instated and only the local’s long memories will remember that there was a year when the hole in the car park was a huge white elephant.
The Health Centre meanwhile has been given the green light for the renovations to begin on the site situated above the Lapanto car park.  The people of the Port of Soller have been waiting a long time for this and there is a collective sigh of relief that at last it is underway.
The season has started in the port of Soller with all hotels and restaurants open.  The boat trips to Sa Colobra as part of the Train, Tram and Boat experience is particularly busy and for the bulk the day the place is jumping. By six o clock the people have all returned to whence they came and the Port reverts its attention to the visitors from the hotels who are looking for entertainment.  The Port of Soller has a great reputation as being the ‘Live Music Capital’ of the Tramuntana and the artists are all returning from their winter breaks.  The Music of the mountains is maintained religiously by Maria at Agapanto and her Tuesday nights are always very special – it is always ‘Live Music Tuesday’ at Agapanto. Keeping people informed about what is going on is Soller is my day job and I spend a lot of time updating the calendar on www.sollerweb.com so that everyone can share in all the good things we do here.
All eyes are on Soller for all sorts of reasons and we are glad that this area is being given its moment in time.  We would love to share this with you – please come and visit us soon…