HOLY WEEK – AS IT UNFOLDS

The Brotherhoods (or “Confraries”) of Soller and their Processions 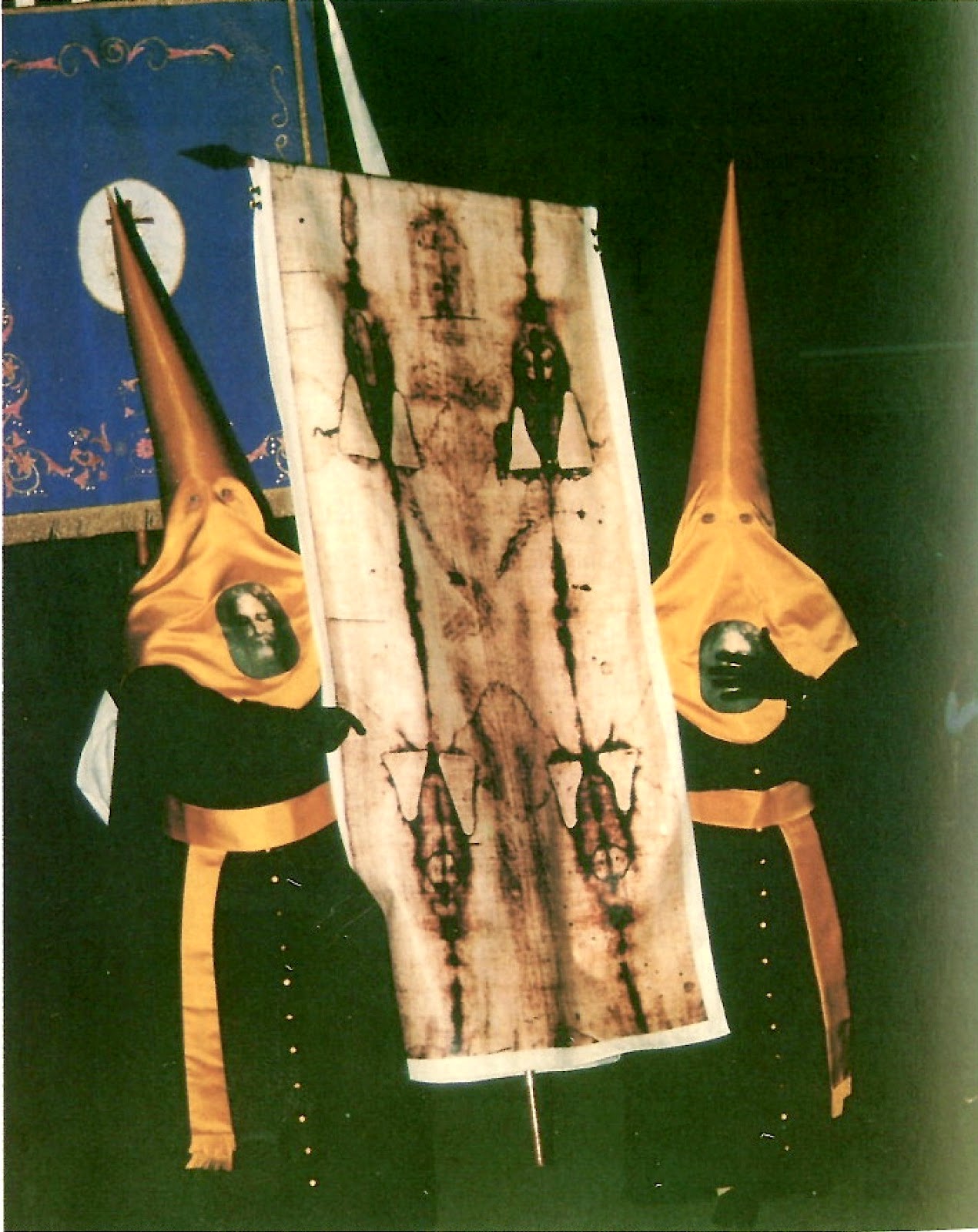 Religious Brotherhoods are groups of faithful people who devote their time to doing charitable works.  Some brotherhoods are only associated with the town of whilst others may be a part of larger groups on the island or even in .  Brotherhoods originated in the Middle Ages but a number were founded during the Baroque Period and during the 20thand 21st centuries.  Membership is open to any Catholic person and family tradition is an important element in becoming a member.
During the processions of Holy Week, these groups process in the town of as they do throughout Mallorca and to demonstrate their devotion to a particular aspect of the Gospels and Christ’s life.  They wear penitential robes in order to give testimony to the horror of sin and the need to make reparation with God.  The robes consist of a tunic, a hood with a conical tip (a capirote) with slits in to allow the penitent to see where he is going and a cloak.  In this way, their identities are masked.  The cone-shaped hoods indicate a rising towards heaven and are therefore designed to bring their penitence closer to God.  The exact colours and types of costume identify a particular brotherhood.  Some people may find the costumes and the sombre and solemn moods of the processions rather sinister but they should rather be understood as wonderful displays of conversion.
I spoke to my Mallorquin friend and neighbour, Francesca Puig Server, about her membership of the brotherhood, Confraria del Sant Sudari in Soller.  She told me that throughout the year its members organise the collection and distribution of food to the poor in Soller.  (Indeed, you will often see them collecting food from shoppers at the main supermarket in the town).  She is proud to have been a member of this brotherhood for many years.  Other family members are also belong to the same group.  She has a special devotion to the Sant Sudari or “Holy Shroud.”  Its full title in English is “The Holy Shroud of Turin” and it is a length of linen cloth, which is believed to be the cloth that swathed the body of Christ and which bears the image of his body and the wounds of his crucifixion.  It is exhibited in the Turin Cathedral.  Francesca told me that, by focusing on the Holy Shroud, she is better able to contemplate Christ’s Passion and Resurrection.  She explained that the penitential costumes worn by the Confraria del Sant Sudari for the processions comprise a black tunic, cape and gloves to represent his death and the yellow or gold of their headwear, belt and buttons represents the brightness and joy of the resurrection.  The brotherhood is easily also identified by the banner they carry, which is a full-scale replica of the Holy Shroud of Turin.  (Please see the photograph of members of the Confraria del Sant Sudari taken during a previous year’s procession).
The Procession at 9.30 p.m. on Holy Thursday – 2ndApril:  This is a solemn and silent procession.  The different brotherhoods leave the Church in the main square, each carrying magnificent banners or  “pasos” (floats), which are wooden structures bearing statues that recall different scenes from the Gospels related to the Passion of Christ and which reflect the particular devotion of each group.  The “costaleros” are the members chosen to carry the floats.  The brotherhoods have owned and preserved these “pasos” for many years.  The procession is accompanied by the sound of slow and chilling drums.  It follows a long route around the town and many people come out to witness it.
The Procession at 8.30 p.m. at the Celebration of the Passion of the Lord – Friday 3rd April:  This too is a solemn and silent procession.  The different brotherhoods leave the Church in the square once again but, on this occasion, there are no “pasos.”  Instead, the focus of the procession is the platform bearing the statue of Christ’s body covered in a black shroud.  Again, the procession makes its way around the town and many people come out to witness the event.  The atmosphere is one of mourning.
The Procession at 7.45 p.m. on Holy Saturday – Saturday 4thApril:  On this occasion, the brotherhoods, accompanied by the faithful and many onlookers, leave the Church in the square.  The procession goes up Carrer de Pau Noguera, passed the cemetery and up the mountain to the Cami de Ses Tres Creus – the site of the Three Crosses.  As they pass the cemetery, the Confraria del Sant Sudari raise their banner of the Holy Shroud as a sign of respect to the dead buried there.  The members of the brotherhoods each carry lanterns and it is a wonderful spectacle just to watch the lights weaving their way up the mountain from the town.  Once at the Three Crosses, prayers are said.  They then make their way back down the mountain and into the Church.
The Procession at 9.30 a.m. on Easter Sunday of the Resurrection – Sunday 5th April:  This procession is a very joyful celebration of the resurrection.  The solemn drum music of the Thursday and Friday processions is no longer heard.  Rather, there is a full band playing celebratory music.  The brotherhoods attend but they no longer wear their penitential robes.  The focus of the parade is on two “pasos” or floats: one bearing a large statue of the Risen Christ and the other bearing a statue of the Virgin Mary.  They each appear from opposite corners of the square and meet in the middle, amidst much jubilation from the onlookers.  The procession then moves into the Church for the