The Mayor of Soller is on the election trail and visiting the important groups in our City.  It is interesting that the first meeting that was reported on and photographed was of the ‘University of the Third Age’ in Soller.  This is the unofficial title of the older age group who meet for many social and intellectual functions and have definite opinions.  Starting with this group was probably a wise move because they are very informed and articulate and I am sure he learnt a lot from them. This bandwagon has begun because there is a year now to the local elections and the people of Soller have consulted their list of promises made at the last election and found that some of them have not been fulfilled.  The burning issues in the City Centre include traffic direction and control.  The City have a thankless task in trying to move the traffic round and whatever route is chosen it always upsets one group of residents.  Everyone knows that the only real answer is to ban cars in the City Centre altogether but that comes at huge costs in building enough ring road routes to afford access to all Soller properties.  The next, on the list of ten promises unfulfilled, is sorting out the rubbish collections which are reduced in the winter to five days a week from daily in the height of the summer.  Another burning issue is the lack of resolution on the money owed to residents for their use of the Soller Tunnel – currently standing at 3000€ per commuting family.  I won’t go on with the rest but I think you’ve got the picture that the Mayor has got rather a large job in hand if he has only got 52 weeks to solve all these problems and more.

The grand openings in Soller this weekend have all been about fulfilled promises.  Café Paris in the square closed amidst much consternation as it was an institution for all English speaking Sollerics.  It reopened last Friday to reveal a fabulous makeover and the announcement that it is in the safe hands of one of the Port of Soller local restaurateurs who knows what he is doing.  The staff were delightful, the Cava and Tapas flowed and everyone began to think that this will be alright after all. The litmus test was on the price of the coffee and even that was as it was before   – 1.80€ – making it amongst the cheapest good quality coffee in Soller Square.  They have obviously done their homework and they are sliding effortlessly in to continuing Café Paris in the tradition we are used to. 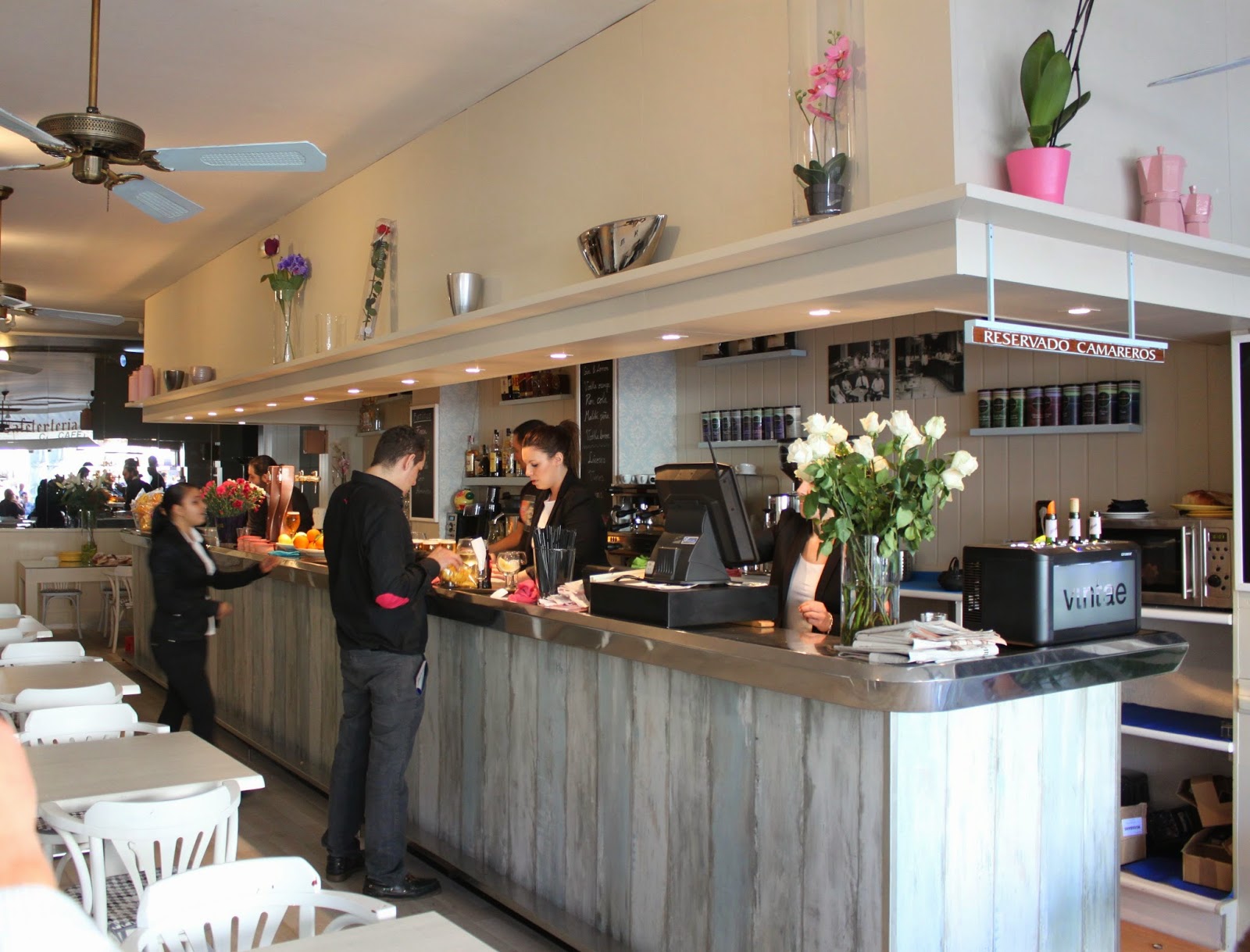 In Calle Lluna on Saturday another Grand Opening this time of speciality food shop ‘Georg’s’.  the fourth in this chain of Majorcan delicatessens has made its home with us.  The others are to be found in Palma and Arta.  The place was buzzing as the Cava flowed and little tastings were given of their spicy dips and tapenades.  These are sold as packets of herbs designed to be mixed with water or yoghurt which transforms them into most unusual dips – a vast selection ready for the Tapas creating Sollerics.  They have vats of oil to choose from which in the past were able to be sold directly from the Vat.  New regulations mean that is not possible now has bottles have to be sealed and undergo stringent testing to make sure nothing has got into the oil.  The Vats make an interesting feature and allow a little tasting before you buy a hermetically sealed bottle!   Aside from the food stuffs there interesting pieces of kitchen and tableware and gift items.  An interesting formula from the shop which obviously has an eye for both local and tourist clients.

Soller had a party last Saturday night, it was an interesting end to a stunning day.  Everyone enjoyed the spring like day when it was possible to stroll Soller in a tea shirt and think about getting brown!  The ‘Historical Persons’ Elections took place and the main people who will lead the Moors and Christians Fiesta in May were announced.  This is serious business here and promises are made, manifestos are announced and the voting takes place in this hard fought battle.  To lead your group here is a huge honour as is the election for Valiant Women that appear at all fiestas for their term of office. The main parts were given out and the crowds decided on which team they would support and then the ‘hidden party’ started.  The venue of this event was changed at the last minute so it was a bit of a scramble before the  music, dancing and  communal barbecue set the scene for another great Saturday night in the Hidden Valley –  it was all good in the end.

The promise of spring round the corner, new energy and new businesses in Soller for 2014 is an energising concept which we are all embracing with open arms.  The promise of the battle with no surprises as to the winner in May is one more pleasure to look forward to in the Soller calendar.  This is indeed our charmed life in the Soller Valley – come and see us soon.