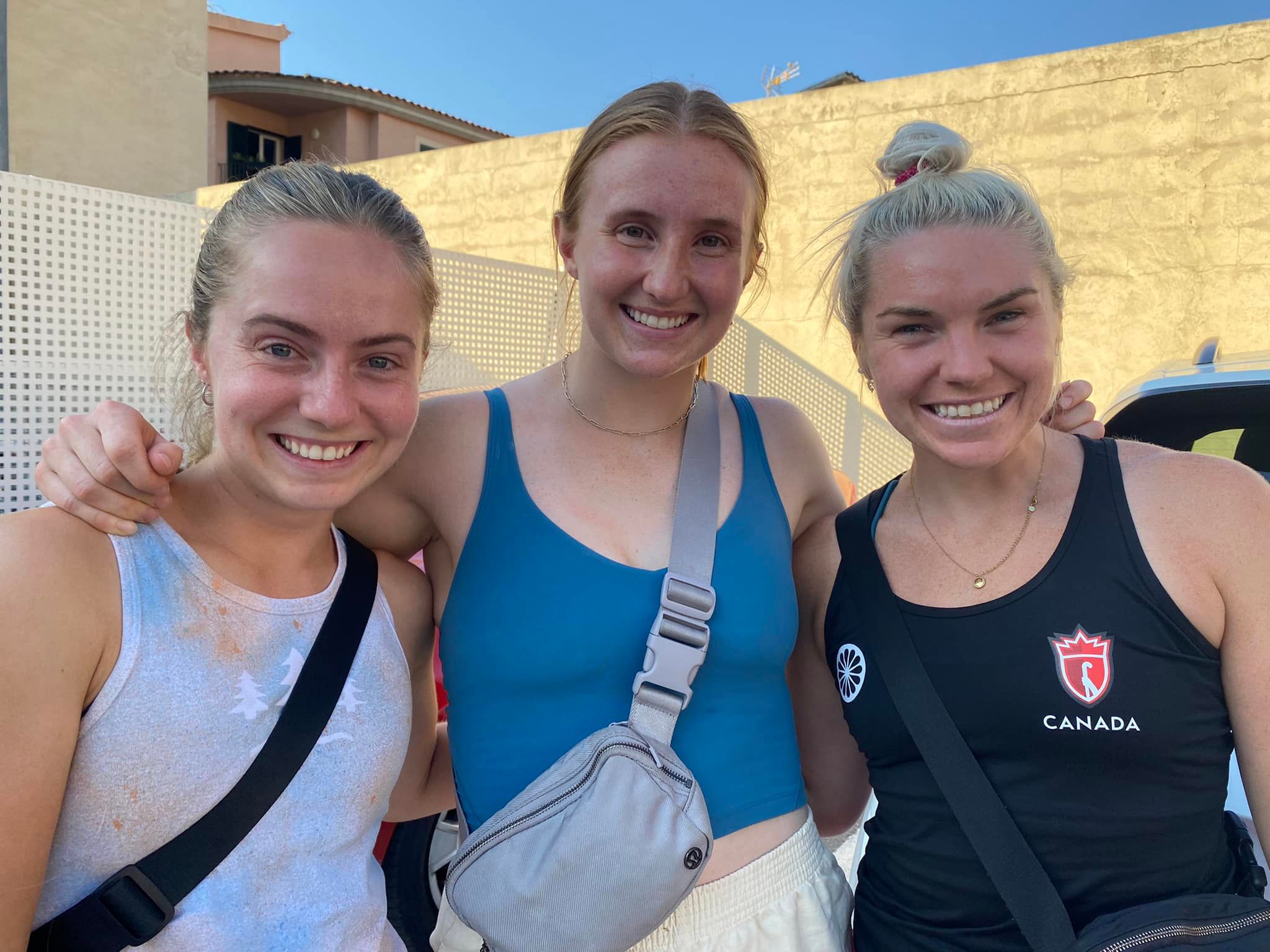 On their way to the Commonwealth Games…

The Canadian Wolf Pack have landed in Spain and I met three of the ‘wolves’ in Soller this week.  The team had gone their separate ways and were holidaying all over the island.  They had instructions on fitness and nutrition but apart from that were actually having some down time in our mountains. Women’s Hockey is big in Canada and the national team trains in Vancouver, British Columbia. During the pandemic they trained as a group in Belgium and forged strong European connections.  They are 14th in the world rankings currently and have a burning desire to change that status.

I met Madi Thompson, Mel Scholz and Jordyn Falczak who were very excited to be heading for the delights of Birmingham at the end of the month for the Commonwealth games. In the meantime they are in the Soller Valley needing a tractor ride to get them to their holiday let in the mountains.  Every day is an adventure and representing their country at the end of the month is the icing on their cake. Piling their car high with supplies from our small supermarket was excitement  enough for the day I met them and then the trek up the mountains. Resilience and strength is what they need for every aspect of their journey from holidaying in a new country to world class sporting events.

The Commonwealth Games start on July 28th 2022 and last till 8th August 2022. 5054 athletes are participating and they are all flying their flag for their motto ‘Games for Everyone’.

The chatter with my new hockey friends was very interesting from their sporting prowess to the opportunity their sport gives them.  To travel the world to participate in matches and the sport they love was high on the agenda.  Then the opportunities to discover new countries, new places and see the wider world was a huge blessing too.

They arrived in the Soller Valley by serendipity and not planning, but they were mighty glad to be amongst us. To step off the ‘team’ aspect of their lives was very important before the pressure begins.  Just three girls, loud music and Soller Valley fun was on the agenda and all who met them wished them the happiest of holidays and a great sporting experience in Birmingham.