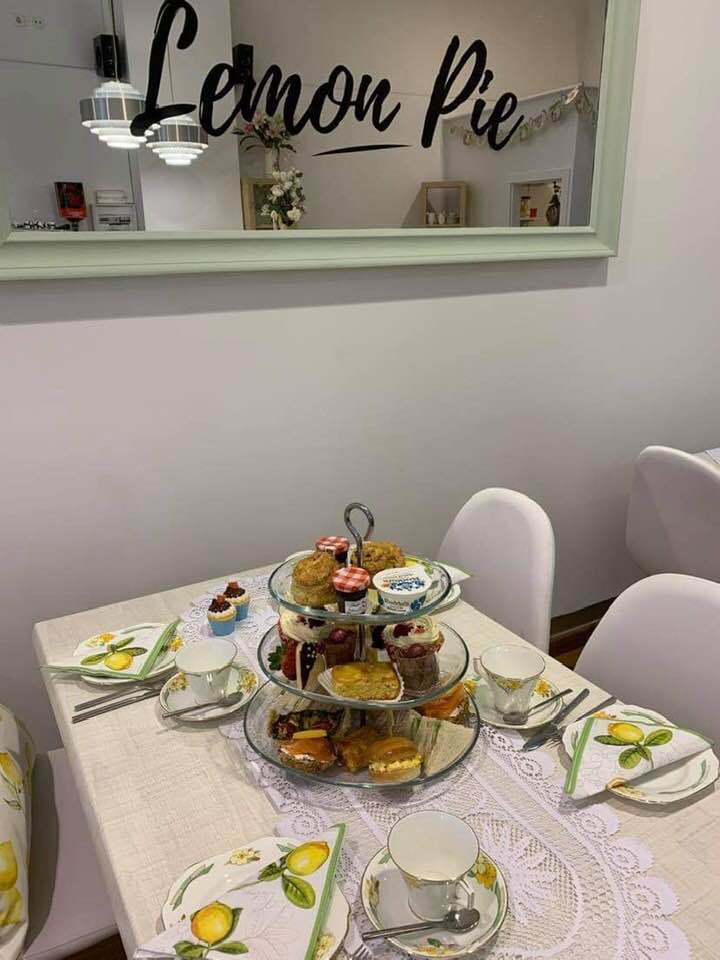 Say Hello to Rachel and Sally…

The fifth year of Humans of Majorca begins with the 2021 story of Rachel and Sally.   They are two women who have started a business in a pandemic and have still got smiles on their faces.

Let me introduce you to Rachel who hails from the Emerald isle.  A country life of breeding horses, riding the racecourses and the countryside and being Mum to three talented children.  One even sang in Eurovision for Ireland! Rachel and Andrew had their honeymoon in Majorca and then brought their children on many family holidays here. As life changed and the children grew, they wanted a different future and Majorca and all its familiarities called them.

Seven years ago Rachel was the advance party while Andrew finished the last lot of lambing. The only place they wanted to be was in the Soller Valley. They knew they were ‘home’ when they emerged through the Soller Tunnel into the valley below.

All Rachel’s training, apart from her passion for horses, was in hotels and catering.  An Irish catering business was left behind and restarted as a Majorca Catering business. Parties, weddings and villa catering was where Rachel started in the Soller Valley.  Her reputation grew and forever became entwined with her signature, ‘Lemon Meringue Pie’ made with Soller lemons.

So what about our Sally?  How did she find the Soller Valley and meet up with Rachel?  These two have horses in common from one part of their lives.  Sally, from Harrogate was a face on the local show jumping circuit and is looking forward to a future here, one day, where she takes up the reins again.

Soller is ‘Harrogate on sea’, as so many from that part of the world settle here.  It was on a visit to friends from Harrogate, in the Port of Soller, which gave Sally an inkling that this could be her type of place. She was a Wedding Planner in the UK with a thriving business taking her all over the UK from the smallest to the largest weddings.

On arrival home after her trip to Majorca a call came from a Palma Wedding Planning Company.  They were looking to collaborate with her to bring more UK weddings to Majorca. This was an unsolicited call out of the blue.  Sally saw it as a sign that Majorca was really the place for her to be.

Her mind set for Harrogate changed and within a year she was bringing her wedding, catering and public speaking skills to this island. This all took place five years ago and now Sally is a Port of Soller fixture and everyone knows her.

A lemon pie was taken to a party and that’s where Rachel and Sally met.  Their mutual vision for a business was there from the first conversation.  Lemon Pie Catering was born that day and has fed the villas and functions of this location for a few years now. They have worked hard and enjoyed their business growth but Sally had a collection in her cupboard which was a reminder of what she really wanted to do.

A full set of ‘Betty’s Tearoom’ silver teapot, milk jug and sugar bowl.  This reminded her of the famous Betty’s Tearoom and its claim to fame in Harrogate and York.  What she wanted was to set up a Tea Room in the Port of Soller.

Rachel loved this concept too but wanted to get the ‘Irish on’ and bring the taste of Ireland to Majorca. From home made soda bread to cakes, sausage rolls, scotch eggs and so much more.  To import tea, crisps, marshmallows, mushy peas and wholemeal flour. To have it all available for those who appreciated such things, from Ireland, was an ambition.

This has all come together and Rachel and Sally have just opened Lemon Pie Tearoom in the Port of Soller. A business born out of lockdown and being greeted as a wonderful addition to the Soller Valley world. Local Solleric’s think they have found an alternative universe and many are popping in every day for cakes and scones.  Everything made by Rachel and served with a smile by Sally.

Lemon Pie Tearoom is being found by local people and those from all over Majorca who want a taste of Ireland.  The tourist influx hasn’t discovered this place yet nor all those who will walk past their doors to get on the tourist boats.  They are busy enough already and their future is looking very bright.

Two Humans of Majorca who got to know one another here and found a common cause. A niche market born out of the tearoom life which pleases so many in the UK.  Early indications show that Majorca is ready to enjoy this too.  Sally is already thinking of the expansion of Lemon Pie Tearooms to other places on the island. This is just the beginning…