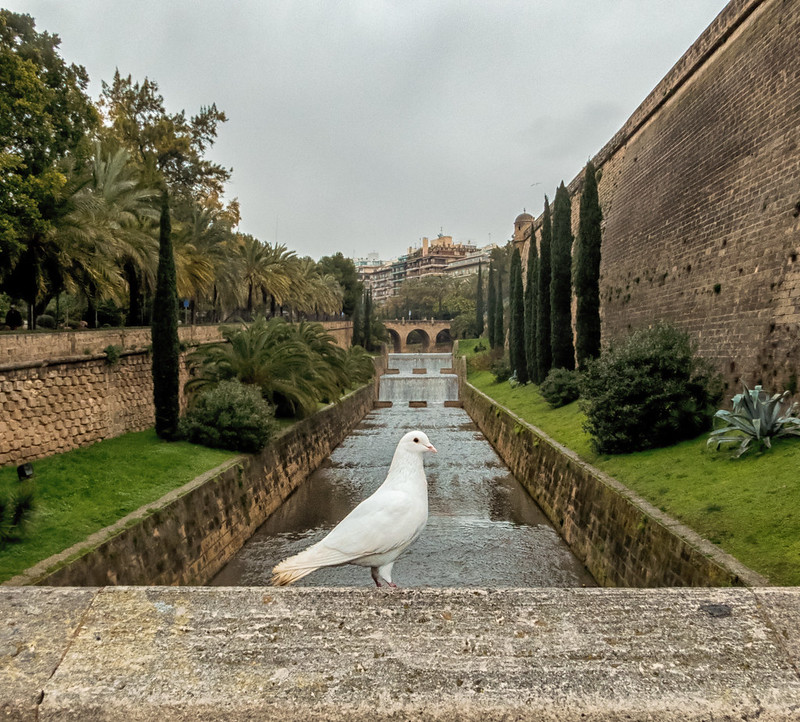 To define a person from a geographically huge country is impossible. In the UK’s small world, the differences are huge between the English, Welsh, Scottish and Irish.  Think how that must be for all the Autonomous Regions of Spain. I stepped in to the world of Andalusia in Majorca this week and learned so much.

In the late 1950’s the workers of Andalusia were invited migrants to the Balearics.  A huge building programme in preparation for tourism was underway.  Hotels, roads, urbanisations were amongst the 30 year building plan. Many migrants from other places joined them but the key work force came from that area. The towns around Magaluf still have a huge third generation from that era who live there, and are important members of the community.  They loved their horses and dancing the flamenco, this is what singled them out as different.  The community was large enough to create its annual Andalusian Fair. Dancing and riding lessons were a feature of life for the children.

Marriages happened between all the different groups and a melting pot of Spain was already here, long before the incomers from other countries. Language was a bone of contention amongst some, as many in this group did not want to learn Catalan.  They were content with Castilian and their own dialects.

Great research in all that was part of a review of the last ‘Annual Living Conditions Survey’ (INE) for Spain which I was involved in.  This is a fascinating review which has come to a halt temporarily because of the life changing elements of Covid.  The last published survey was in 2019 and, it is called simplistically, ‘The Happiness Survey.’

Overall Spain considers itself very happy and gives their lives a 7.3 vote.  The stats are helped upwards by the fact that the Balearics are top of the happiness scale with 8.2. Amongst the lowest are the Andalusian with a score of 6.9.  They still leave their area in droves to find work. When they find their lives in the Balearics they are soon pulled upwards on the scale and this is one of the many reasons they come and join us here.

So what is it about Majorca that its people vote for it in this way? We all know there are serious financial inequalities which have been highlighted by the Pandemic. Leaving that to one side the ‘living for the moment’ which is a feature of dropping everything for a fiesta, comes out top of the list. The people are family orientated and inclusive. All celebrate events and love the area of their birth.  In Soller, where I live, the people consider themselves ‘Solleric’ before any other tag or byline.  We find that Spaniards make an effort to be happy. And that is very important to them. The people always find a way to be happy.  This is alien to the UK people who often prefer to live with a ‘glass half empty’ mentality. The other major difference in culture is in the decision making process as the Spanish appear afraid of change. “It is frustrating to see how long it takes the Spanish to make a decision. They are really afraid of change.

The fear of change makes them hold on to everything and everyone and keep them close.  This is probably their key to happiness’

On November 1, 2011, the Population and Housing Censuses carried out the largest statistical operation, ‘The Census’ which the INE carries out every ten years. The research is wide ranging but starts from the following characteristics.

On November 1st 2021 it will all be done again and everyone living here at this time, is required to take part.

The Census uses its figures for the future planning of communities and the whole country.  ‘The Happiness Survey’ is a by product of that and the bit most people remember.  It is something to be proud of to live in one of the happiest places on the planet.  Humans of Majorca have all their own characteristics and bring a huge part of the place they were born with them.  Nearly 50% of the people living on this island today were not born here. The happy ‘melting pot’ description is one most people are happy with.  We are many strangers who have got to know one another and created a world we collectively love.

The next census will be a fascinating read especially with the population affected by Covid and the unfortunate increase in the death rate.  It will also show the numbers that just left us to return to where they had originated from to sit out the Pandemic with their families.  It will show the effects of poverty on the housing stock and so much more. After all that has happened the Census of 2021 will be a rebooting and a new starting point.

Humans of Majorca will always be a constantly changing world and it is fascinating to track it for another generation.