Loading...
Skip to content
Music, traffic and thieves in Soller
By Shirley Roberts
Photographs by Rachel Fox
Published in the Majorca Daily Bulletin
on Tuesday 23rd May 2017 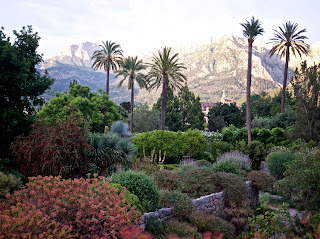 When the crowds come out so do the chancers.   This week we have had record numbers in Soller for the Firo and related events. The square was packed last Saturday morning for the Batucada Workshop where five groups from all over Mallorca gave us their best samba beat drumming and left us smiling.  What a great sound and energy from those groups of adults and children giving it their all.  While the attention was on the beat the pickpockets were about and a little group of victims gathered at the police station to report purses and credit cards missing.  The distraction thieves were also busy down the main shopping streets working in groups of two or three.  One talks to you, the other asks your companion to reach something down off a shelf for her and the third is rifling in your bag. Soller police and those all over the island are wise to this and they have strategically placed staff around trying to be ahead of the game in crowds. 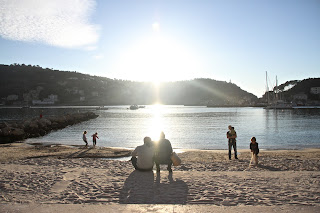 Half term is upon us and many families from the UK are delighted to be sitting on the Port of Soller beach and enjoying family time in the sun.  Unfortunately, the beach is also a place where the pickpockets hang out looking for the easy pickings while families are in the sea.  The proportion of this type of crime here is very low and we all have tales to tell of leaving our phones and money in bags on the sand and returning hours later to find everything intact.  The message of the day is just being aware of your possessions and take whatever precautions work for you. Also if you see anything dodgy please alert the local police as you might be saving someone else from being a victim of crime.
Traffic is the other story of the week.  The noticeable upsurge in cars coming through the Soller tunnel is making news.  The queues to get through the Tunnel are often long and slow moving because new visitors do not understand the system and how they can use a credit card lane. This is the key to it all – the number of new visitors.  So much publicity has been given to the Soller Valley in the past year and many new bed spaces have been released in new Bed & Breakfast Hotels that we are busier than ever.  This is very good news for the businesses of the area and delightful for a whole new generation who are discovering our world.  The downside is the number of cars and lack of parking spaces. This is already kicking off the debate about what is going to happen come September when the Soller Toll Tunnel will be no more and entry to our world will be free. Car parks and releasing land for ad hoc parking while official car parks are built is the nature of the debate.  The answer might be to do all that land release now to help this busy summer and then we will be in a good place come September to welcome more people. 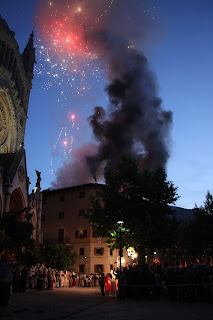 When people do arrive and relax in our world they marvel at the live music opportunities that exist in Soller and the Port. Many restaurants have their own musicians and some Hotels have excellent entertainment programmes that all can share. The story of this season is all about the cut off time and volume of the music.  Midnight is the witching hour for private party noise and commercial establishments have to apply for their music licenses and have an end time allocated to them. The late night people are often disappointed that they can’t find music after midnight and some even complained when the Firo parties finished at 6 am!  There is no answer to this one other than be involved with the process if you feel strongly one way or another.  Some of our Soller Seniors remind us of the days when Soller Square was rocking all night long and the Repic Beach resembled an open air, all night festival, most summer weekends.  Those days have gone for the moment and the powers that be have their work cut out to control the numbers and noise for visitors, residents and party goers. 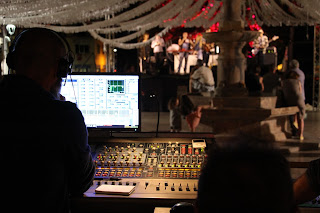 The Soller Valley is a different place in each of the four seasons of the year.  Right now we are heading for the hottest and busiest one and we are glad to be the destination of choice for so many.