Loading...
Skip to content
The week that was in the Soller Valley
Written by Shirley Roberts
Photographs by Rachel Fox
Published in the Majorca Daily bulletin
on Tuesday 9th May 2017
We are in in the week of countdown to the Soller Firo.  Every day there is a happening and the intensity builds to Thursday when life morphs into a different zone for the next five days.  The visitors who are on holiday here are mostly those who have chosen to come here at this time and know what to expect.  There are of course another group of bemused people around getting very confused about wristbands and the meanings of the flags hanging from houses and public buildings. It is sheer coincidence that they have landed here when normal life appears to be suspended. 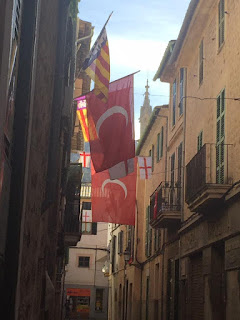 Snapshots of conversations heard in Soller square this week give you some idea of the confusion.  I was talking to a couple over coffee who wanted me to tell them the top three steakhouses in Soller and which Italian restaurants that I would rate.  This is the week where the delicacy on everyone’s minds is snails and dishes from the Majorcan kitchen of 100 years ago. My answer to their question disappointed them because every restaurant has a steak dish and many include Italian dishes on their menu.  The Soller Valley is a gastronomic paradise on this island but it doesn’t fall into the kind of categories that an American resort would have.
Another chat was all about the wretched wristbands being used for crowd control on the final event of the Firo.  The Town Hall ran out and there was nearly a riot in the queue. What no-one appreciated was that they have to go and print some more and not that they have issued the last of 8500 required. No-one listens when the panic sets in and it is so easy to see how mass hysteria starts. 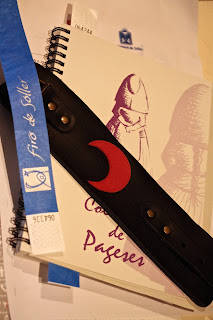 Soller is now all set for three nights of music from Friday to Sunday. There are many Firo events but as it gets later the live music starts in the square and ends with popular DJ sets.
This is the beginning of the party season and many people decamp from other parts of the island and use their cars to sleep in and their boots as their kitchen and fridge.  The main road from Soller to the Port has bumper to bumper cars and the car parks around the industrial estate will be full of the three-day party people.  This Bottelion is largely good natured and law abiding.  The Town Hall has a fine line to follow for health and safety reasons and it is at times like this I don’t envy them their task.
On Sunday some people in the Soller Valley celebrated International Dawn Chorus Day. This is an event which has gathered momentum in Europe and which included the BBC broadcasting a ‘through the night’ watch to get the first warbling’s of the day. Birds in our neck of the woods roost in the trees and some give us spectacular murmurations.  The Flocking birds like starlings and swifts are one of nature’s most extraordinary sights: Just a few hundred birds moving as one is enough to convey a sense of suspended reality. 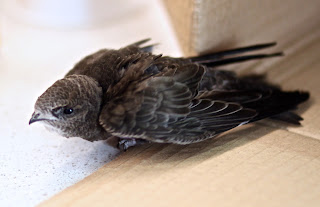 At the individual level, the rules guiding this are relatively simple. When one bird moves, so do you. This is dependent on the flock’s size and speed and its members’ flight programmed pattern. What’s complicated, or at least unknown, is how this situation is created and maintained.
It’s easy for a starling to turn when its neighbour turns — but what physiological mechanism allow it to happen almost simultaneously in two birds separated by hundreds of feet and hundreds of other birds?  This sight is one that often greets us and living near a park area with roosting trees they pop back to our bit of Soller for the night. It is one of those sights that fascinate and make you realize that there is so much we just don’t understand about the natural world.
The celebration of the Dawn Chorus in the Soller Valley was one of poets, singers and bird watchers enjoying a 3 am early breakfast waiting for the first stirrings of bird life. Fortunately, it was a beautiful night and the appreciation of nature was augmented by a roaring bonfire to keep the May chill at bay and the sizzle of the bacon for the obligatory bacon sandwiches.
A simple event of such immense pleasure and the chorus, when it came was joyous.  Another day in the Soller Valley has dawned and we were blessed.