Loading...
Skip to content
Roads and railways in Soller
By Shirley Roberts
Published in the Majorca Daily Bulletin
on Tuesday 31st January 2017
Photographs by Rachel Fox 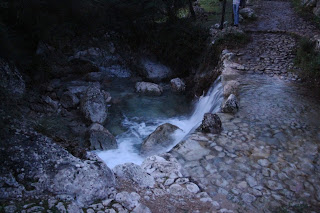 This week the state of the roads, particularly the mountain roads have been exercising us. The Coll Mountain road is closed because of the landslides caused by last weeks’ weather.  The snow and heavy rain took their toll and four slippages are being sorted.  This is the mountain that you go through when you drive through the Soller Tunnel to gain access to the area.  The tunnel is fee paying and controversial because of that fact. The Coll as a free route over the mountain is the alternative.  Its 52 hairpin bends put some people off but at least it’s an alternative. The choice has been eliminated for now and the game plan announced last year is still waiting to to be put in place. There is a big story developing about the free future of the tunnel and the building of another escape tunnel alongside the existing one.  This is planned to coincide with when the transference of ownership of the tunnel to the government.  In the meantime, it was said that between now and then if the Coll mountain road was closed for weather or road conditions that the Tunnel would be free for all for the duration of the closure.  So far that hasn’t happened and the natives are getting restless on this issue. 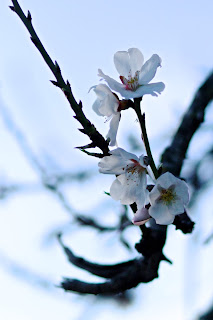 On Friday the big cycle race rode into Soller and started the cycling season with a bang.  The route had to be hastily redrawn because of the Coll mountains problems but the party started on time.  Some of the finest world cyclists were there with fans telling me of the delights of the bikes they were riding.  The bikes are state of the art and designed for the challenges of the route.  At 12 noon it began and ended in Deia in more heavy rain at 3.30 pm. The route was extended because of the changes and the cyclists rode 153.9 km in that time instead of the original 140 km.  Flexibility on routes and weather at this time of year is a huge feature and nothing is set in stone.
Landslides have been a feature of the work on the Soller Railway line too.  The train is currently not running while all its winter work is being done but it is scheduled to be back on track on 6th February 2017.  Landslides and slippages caused by the rain has added an extra dimension to an already busy schedule of maintenance but we are hopeful that all will be well on opening day for 2017.  The City misses the train and the place is looking forward to coming alive again with the visitors and shoppers. The seasons change quickly and the flowers of spring and hint of blossom in the air usher in another new year and great opportunities here.
The ‘American Road’ is known in these parts as the one that starts at the Monument roundabout in Soller and ends in Pollensa.  Its route climbs up past Fornalutx to the reservoirs of Gorg Blau and Cuber and then on to Lluch Monastery and Pollensa.  It is a road that thousands use every year as it is one of the glorious routes of Majorca. Near the reservoirs is the big round ball on the top of the mountain which looks like an oversize golf ball.  This can be seen from many places in Majorca and has a special significance of its own. 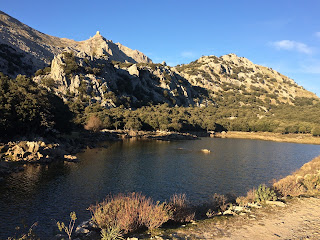 This is a little taster of the story why the white ball exists.  In 1953 General Franco made a deal with the US American government, signing over occupancy and rule of Mallorca’s highest mountain peak, Puig Major, together with 11 other areas of land on Spanish national territory. This was to allow the installation of military equipment such as radar, surveillance, espionage and other listening equipment.
In 1955, US military personnel started constructing a road with a length of 8 km to span the 850 m of difference in altitude between the military base camp and the peak of the mountain in 1959, the radar installations were built and erected. To construct these installations, a level platform was needed and it was decided to lower the peak of Puig Major by 9 m in order to have a sufficiently plain base for the design of the construction. Massive explosions were carried out to get rid of the mountain peak rock. The top of the mountain was literally blown away to give the right base for the equipment. 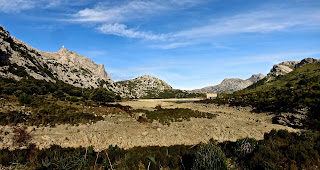 Love and life took over and there are many local people who met and married their US Military men after meeting them right here in the Soller Valley. Incomers in so many guises have added and continue to add to the rich tapestry that is the Soller Valley.  Come and visit us soon you are very welcome.