Loading...
Skip to content
The obituary of Elena Davis of the Soller Valley
Published in the Majorca Daily Bulletin
on Friday 19th August 2016
By Shirley Roberts
Photograph by Rachel Fox 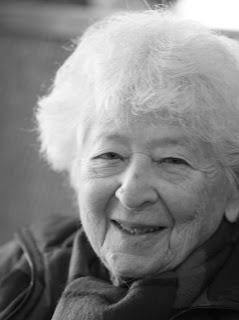 Elena Davis died on Thursday 18th August 2016 at the great age of 101. She recently celebrated her birthday in the Juan March Hospital where she was being looked after since her health deteriorated. She was at the hospital gym each day and working at her rehabilitation. She had every expectation that she would return home to her beloved Soller.Elena’s Soller life began in 1959 when she arrived for a visit to a friend in Soller. She was a sensible, hard-working New Yorker living on E 54th Street with a career in PR and advertising for a charity supporting research into infantile paralysis. She was serious and driven, and work was the number one priority in her life.Her friendship with the violinist Escha Bledsoe introduced her to the island of Majorca which she thought was somewhere near the Equator. Elena took a decision to give up being sensible for a while and took a sabbatical from her career. She made the journey to Majorca for a four-month stay from which she never returned.Elena learned the language and began teaching local young people English. She ran the English Library in Soller at Bar Turismo for thirty years and looked after the affairs of many foreign residents who needed assistance in their lives here. She was a huge force in the development of Age Concern on this island and worked tirelessly for them.Elena settled in Fornalutx and it was there in 1999 that the village honoured her with an award for being an illustrious citizen who had contributed much to her community. President Obama sent her a message last year at the party to celebrate her 100th birthday in Fornalutx. He congratulated her on being a fine ambassador for America in her beloved Majorca.Elena played tennis and poker with determination and continued to drive her car to poker games in Palma as recently as three months ago. She enjoyed her life here and felt she was blessed by the experience. Her death is very sad for all those of us who knew her and enjoyed her company. She will not be forgotten in the Soller Valley.