Loading...
Skip to content
Soller in its Dog Days of Summer
Published in the Majorca Daily Bulletin
on Tuesday 16th August 2016
Photographs by Rachel Fox 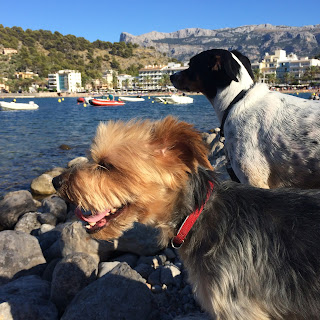 The ‘Dog Days’ are the hottest and most unwholesome time of the year according the calendar.  My long forgotten Latin tells me that Sirius, the Dog Star is responsible for the time between the end of July and mid August.  This is the time when its just too damn hot and life and jobs get neglected in the effort it takes to cool down. Cracks begin to appear in the weather and in the next week or so we can expect to have the first storm that herald the fact that the dog days are nearly done for another year.
Tempers can get a little frayed at this time and so it has been with the story of the Nit Trams.  The Trams usually run until midnight from June to the end of August ferrying passengers from City to Port enjoying the great summer evenings.  This year, because of an industrial dispute, there have been no late night trams.  That all changed last Friday when it was announced that, better late than never, the trams would resume their late night services until the end of August.  So for the next two weeks it’s the Nit Tram schedule. I watched on Friday evening as they ran almost empty until midnight.  People have got used to making other arrangements and using taxis or driving themselves. This has been an own goal situation here and will take time to recover. 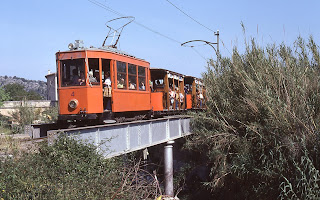 On Saturday the Nit of Art packed the centre of Soller.  Art and Sculpture occupied every space and courtyards and shops had wonderful displays.  Over 80 artists took part in this annual art extravaganza.  Music was being played on every street corner and it was a beautiful evening. Shooting stars were seen and the sky seemed to join in with the explosion of Art in our valley. Holidaymakers could hardly believe their luck when the turned up in Soller square for an early evening drink.  All this beauty and the people of Soller in party mode were a great advertisement for ‘The Island Within an Island’. 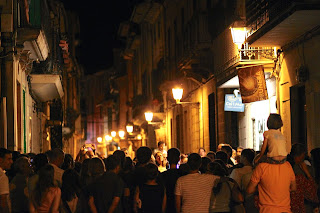 Soller is ramping up towards its own Sant Bartholomew Fiesta. This takes place with daily events from 20th to 24th August 2016.  There is a published programme available which can also be seen on the calendar of www.sollerweb.com.  There is a big change for this year and a new Holi celebration for us to enjoy.  The Fire Run and the dragon happen on Saturday 20th August at midnight.   This is very different to other years and even though this is printed in the programme people still keep asking if the Fire Run is going to be on the 24th (the answer is no!). The events of Saturday night in Soller square is music followed by the Fire Run at midnight and then at 1.30 am on Sunday 21st the Holi Festival.  This is an Indian influenced event full of the colours of India. You can buy your own bags of colour to share when the music reaches its crescendo and the colours are thrown into the air. 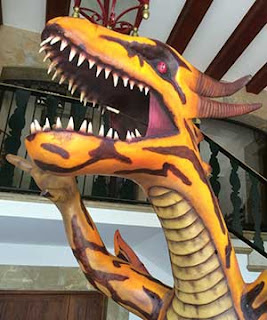 The word is that we should all have a big rest on Saturday afternoon and then be prepared to stay up all night and go with the flow..
Before the hedonism of the fiesta we are grounded by one of the Churches High Holy days of obligation. The Day of Assumption happened yesterday and created the only National Bank Holiday in August.  Catholics everywhere are expected to attend mass on these special days and that was the case here.  The church was packed for the service and to touch the feet of the statue.  The Assumption is when Mary dies and goes to heaven without her body decaying. The tableau in Sant Bartholomew Church has her watched over by angels and surrounded by plants.  I am always surprised by the size of the feet of this image and the way that people touch them as they pass. 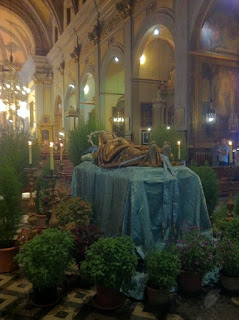 So the Dog Days and our own fiercely local fiesta mark the climax of summer and then its back to work and to school.  The holidays that seemed never ending to the children are now running towards the finishing line.  The local stationery shops are stocking up with school bags, pens and stationery and school uniforms appear in the shops. The new families that have arrived here this summer are viewing this change with trepidation.  They started their time here in holiday mode and now its time to get real. The apprehension of a new school, in a new country with a language they don’t understand is enough to give anyone a few sleepless nights.
Just in case you thought that Sant Bartholomew was the last of our fiestas of the year – do not fear.  September is another busy month when we party in Fornalutx and that is a whole new story.