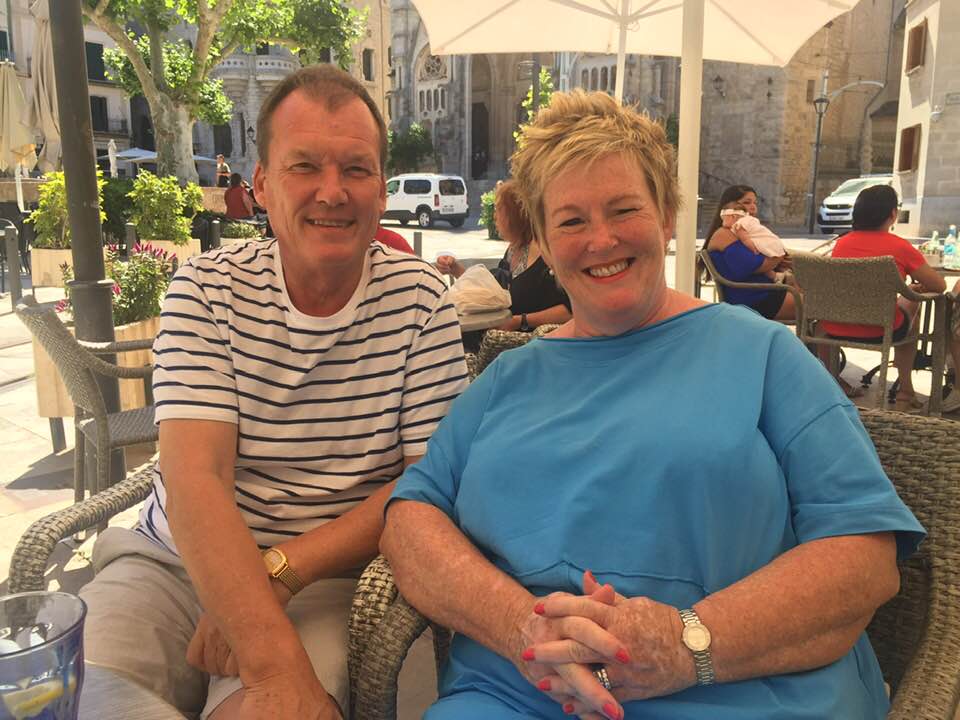 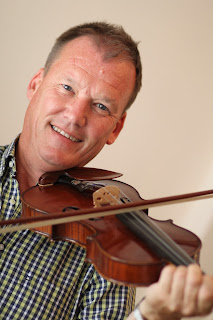 When the TV production company came knocking in Soller a few months ago they wanted an English contact.  Someone who understood the mind-set and could speak the language.  A Place in the Sun was filming in the Port of Soller and creating a ‘stand off’ with the Port of Andratx.  They were filming a couple who were looking for a holiday apartment with 250 thousand pounds to spend.  Their criteria were that it had to be a holiday home which they could lock up and leave.  A swimming pool was essential and their preference was for the Port of Soller. 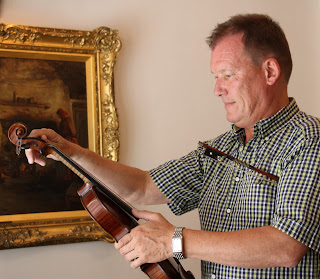 The Soller Valley has some great agents who are multi lingual and very experienced in the real estate world but for this project it had to be someone English. The hunt was on and we all knew who they would chose because Simon Reynolds is the only Soller Agent to fit the bill and the production company knew instinctively that he would be their man on the ground.  That’s not to say that he appeared on television, indeed he just about got a mention at the end of the programme when the final negotiations were taking place.  For Simon all he wanted to do was sell a fine Port of Soller property and win the battle of the Ports as seen on A Place in the Sun. 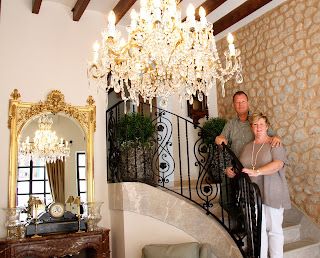 To create interesting property purchase television requires a lot of unseen work from researchers and the local estate agents.  This series is hugely popular on UK television and is repeated over and over.  The population just can’t get enough of watching as people make their overseas property acquisition dreams come true.  It has to be said that the purchasers rarely buy anything they are shown and to get a sale on one of these programmes is a huge success.  So Simon was on a mission with his own integrity and his companies’ reputation on the line.  Could he be the one to make it happen right here in the Port of Soller? 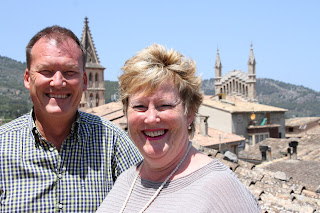 Simon Reynolds made his own journey here some eight years ago.  He arrived with the lovely Debra and decided that their relocation from Harrogate would be to downtown Soller.  They both had a huge history with Majorca and were part of The Molins hotel crowd in Cala San Vincente from the late 1960’s.  They were children then who were fortunate enough to have family holidays in this place every year.  Indeed, this is how this couple met, as children in Majorca. As adults and as parents themselves they continued their frequent visits to Majorca with their sons alongside many other exotic holiday destinations. 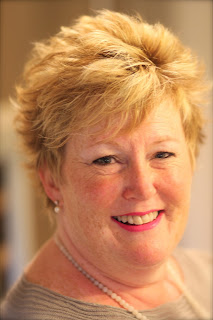 Simon is part of the ‘Scheerers’ dynasty of Leeds. Scheerers began as John Scheerer & Sons in 1870 after its founder, John Scheerer, moved to the UK from Bavaria. The store had been run by the same family for its entire existence with Simon Reynolds, the great-grandson of Scheerer, being the most recent owner. The shop specialized in drums and acoustic and classical guitars, but also sold brass, woodwind and stringed instruments, along with accessories and sheet music. 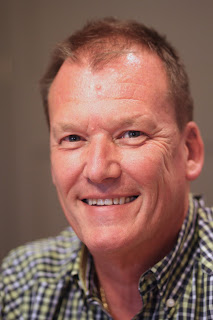 John Scheerer was an engineer and entrepreneur and started his trading life by importing leeches from Bavaria to the UK for medicinal purposes. He liked what he found in Leeds and started selling musical instruments notably tambourines from Leeds indoor market. In his lifetime he was to create the oldest established music business in the North of England. This business passed through the family and then it was Simon’s turn to run the ever changing musical instrument world. 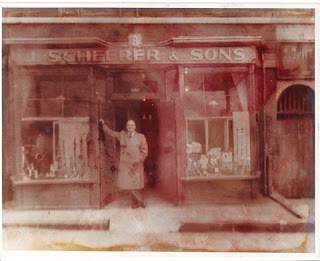 Schools music and instruments were part of his world and pleasure as generations of children learnt to play and discover their potential. Fitting children with the right instrument for them was Simon’s passion.  He despaired at the badly made instruments that were beginning to flood the market from the Far East.  He knew that a child with an ill fitting instrument was going to give up long before they should.
Under Simons direction Scheerer’s became specialists in World Musical Instruments and ethnic drum kits became their best seller. Then one day the rumbles began as Harrods in Leeds announced that they were closing their musical instruments section.  The world had changed and so much was being bought online that few music shops could survive.  The schools purchasing departments were heading for the cheaper imports and life was tough.  Simon and Debra were rethinking their future and where they wanted to be. They knew that sadly they were going to be the ones that ended an era. Sheerers closed its doors for the last time.
Simon and Debra headed for a new life in Majorca and to the Soller Valley.
They established relationships with the fine agents of the place and drove them mad with the many houses they insisted on seeing.  Indeed, they look back on that and marvel at the patience of the profession that allowed them to change their minds a hundred times about what they wanted.  Our Debra knows a thing or two about property and had bought, renovated and sold a number of properties in the UK.  She knew what she was looking for. Fortunately for them in 2011 the agents had a bit more time to indulge them than todays busy agents would have.  The property world here has changed out of all recognition from the days when house sales were rare.
The agent who finally sold them the house they live in today must have liked them because she is their next door neighbour. She watched them renovate and settle and begin to have fun.  There was cooking, fun and beach days and gin and tonic Fridays happening.
The rest is history Simon simply loves what he does and the clients love him. His thoughts of a semi retired life with a lot of beach and travel is on the back burner right now.  The beach is well used at weekends but the working week is exactly that with many English speakers being assisted by Simon to find their dream property.
As far as the Place in the Sun is concerned I am delighted to report that the couple bought an apartment in the Port of Soller.  They are delighted with their choice and are busy using it already for their frequent visits here
The end of an era in Leeds opened a door in the Soller Valley that Simon wouldn’t have even contemplated when he watched his furniture being loaded up to move on its way to Soller. Simon and Debra have made the transition and they are now Solleric and embrace the traditions and life as it moves around us in the Soller Valley.  No wonder all the clients love him. They know that they are talking to someone who in the very recent past has done exactly what they are contemplating and who can advise them every step of the way.
The Soller Valley welcomes new people to live here every month.  We are a growth area for young families and for those who think they are on the verge of retiring. This place works its magic on so many and life is rewritten every day here.  This Island within an Island has a magic of its own and the stories just keep on coming…