Loading...
Skip to content
A week to remember in Soller
Published in the Majorca Daily Bulletin
Tuesday 28th June 2016
Photographs by Rachel Fox
This is the week that politics came to our doorstep in the Soller Valley. The acting Prime Minister Mariano Rajoy was on the election trail and he visited Mallorca. Well actually he visited the Port of Soller held a rally on the quayside and then hopped on a tram. His cavalcade was later criticised for not paying the tunnel fee as they drove away but I have yet to discover if that was fact or fiction. 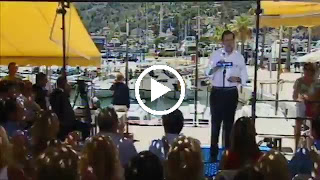 The meeting was heckled and mention was made of the corruption word. The faithful clapped loud and long when he finished speaking and the rest of the population were left wondering why the focus was on us. Interesting times ahead politically and maybe this visit was an indication that the politics of the Soller Valley is a King maker in the election. The English speaking residents here of course can only look on at these elections because even if their resident’s status is in place they can’t vote in General Elections.
9,800 people in the Soller Valley are registered to vote in these elections. This is out of a resident population of 15,000. These statistics are grim and reflect the many whose status means they can’t vote.
Coffee shop chatter is what Soller is very good at and the debates were furious after the Brexit decision was announced. The exchange rate plummet scuppered a couple of house sales due to take place next week and everyone wanted to have their say. One of the facts that emerged was that the Soller Valley is now bracing itself for a huge influx of new people. The pent up demand for moving here is given new urgency while there is the two-year period of grace before any changes are implemented. Chatter and fact are uneasy bedfellows and so, of course, we wait to see if that prediction is correct. 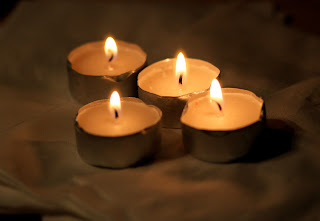 The summer solstice gave us pleasure this week and the candles were lit all over the beach for the traditional midnight picnics and swim. We watched in awe as some fit young men with shovels dug out a seating arrangement in the sand which, after half an hour’s work gave them seating round a sand table for 12 people. The candles on the table and the led lights around the circle was an amazing sight. This is obviously the way to picnic on the beach circa 2016.
Meanwhile at the tram stop for the Repic Beach a stage had been erected and the traditional dancers of Soller were putting on a great show. Then one of their number took the microphone and in five languages explained the tradition and invited everyone to join and and dance with them. It was a true European moment and great to be part of. 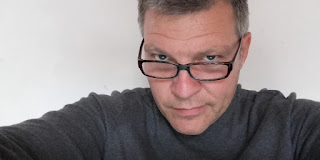 Friday 1st July sees a very important event in the Port of Soller as Boat Radio is launched. An internet radio station focussed on the stories of all things boating worldwide starts its life here. The radio brains of ex BBC Radiohead Mike McDowall is the inspiration behind this. The daily programmes broadcast from the Port of Soller, the home base, gives the station its quirky grounding. We are talking to the world from our little bit of paradise. Check in to listen on www.boatradio.net and watch as this project flies. The early interest from the yachting elite has been phenomenal.
A date for your diary is Sunday 3rd July 2016 and this is the time for the traditional concert in the gorge of Sa Colobra. 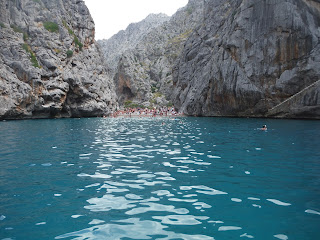 The Torrent de Pareis Concert is an annual concert in the gorge of Sa Colobra and is a highly anticipated event.
Boats from the Port of Soller will take you and bring you back when the concert finishes…
The 53rd concert of the Torrent of Pareis will be on Sunday 3rd July 2016 at 17.30 pm with the choirs AURA VEUS and ENTREVEUS and entry is free.
Many people make a day of it and swim, sunbathe and picnic before the 17.30 start. The acoustics of the mountains make this a memorable musical occasion.
The main routes are by sea to get to this event and Barcos Azules lay on special boats to get you to and from the event from the Port of Soller. The outward journeys are at 10, 11, 13.00 and 15.00 hours. Return journeys are all made 30 minutes after the concert finishes.
For more information and to reserve your place on the boat call 971 63 01 70.
So much to see and do in the Soller Valley this week – we look forward to welcoming you very soon.