Anja Wester, skydiver, sailor, adventurer and Solleric
By Shirley Roberts
Published in the Majorca Daily bulletin
Sunday 10th January 2016
Anja is a very familiar face in the Port of Soller.  With her three beautiful daughters and husband Allan she embraces local life, the sea and all it offers.  She rocked up on our shores a few years ago and was immediately at home in the eccentricity of the Soller Valley.  Her story is a fascinating one and the serendipity that brought her here is a one of fun, adventure and fate. 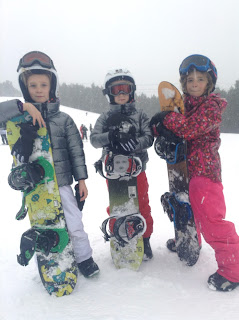 Anja was born in Stuttgart and had parents who balanced their accountant day jobs with love of the sea and the great outdoors. A childhood on the water in a motor sailor pirate ship is amongst her memories.  Hiking in the Alps, skiing, walking, camping, swimming, cycling and much more was what she learnt to equate weekends with. Weekdays were for work and education but the minute time was your own you made the most of it in the most active way possible. 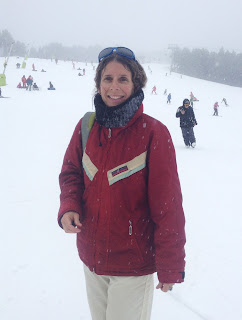 Anja’s apprenticeship to the travel industry after leaving school was her catalyst for seeing the world.  The German education system allows you to specialise in a career and training combination after leaving school.  She worked in a local Travel Agent and attended college at the same time.  Three years later she was a qualified Travel Agent with the world at her fingertips.  Travel was possible through the great deals she could get from her workplace and travel to Canada, USA, Malaysia, Thailand, Finland and the whole of Europe was all so very easy.
High adrenaline activity was high on Anja’s list and from the age of 21 she took up Sky diving as a hobby.  The world of Drop Zones soon became a fascination and the limitations of seasonal jumps available in Germany began to irritate. It was a week’s holiday to a year round Drop zone in Florida that was to change her life. She set of for a holiday and after a week of jumping she knew that this was the place she wanted to be and this was the sport she wanted to pursue. She never went home… 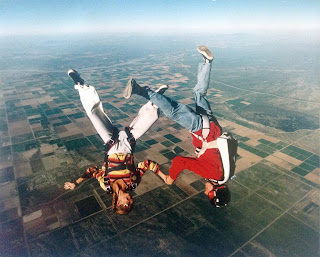 The sky diving world of America is one of high energy people pursuing their passion and getting their ‘wings’ which ever way they can.  This is an expensive hobby and Anja found the only way to finance her training to be a Sky Diving Instructor was to become a parachute packer. The Sky Diving centres of Florida, Vermont and Arizona were home to the world class teams who trained there plus vacation divers who indulged their hobby as often as they could.  The key to this activity is the carefully checked and packed parachute made available for every jump. 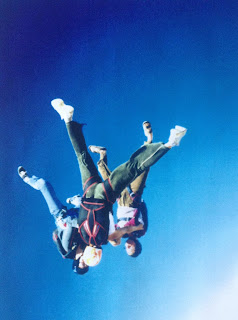 For the next six years Anja packed parachutes, sky dived and trained other people.  10,000 parachutes were packed by her in that lifetime and she made over 3000 jumps of her own. The winters in Arizona and summers in Vermont also allowed the snowboarding and skiing to come back into her life.  It is true to say that Anja had her six-year season in the USA packed with a lifetime of memories.
At this point in the Anja story she decided to go back to Germany for some training in Multi Media Design.  The Sky diving would always be there but she needed a land based career too and 4D web design, visualisation and the latest in Photoshop occupied her brain and talents. She worked for a Multi Media company that was either very busy or between projects.  This suited Anja just fine and in-between the web occupying her brain she began her sky diving travels again throughout Germany, Italy and the USA finally arriving in the Costa Brava.  Empuriabrava is one of the few year round centres in Spain and it was there she packed parachutes, taught sky diving and met Allan.
Allan was a sky diving sea farer with 1000 jumps to his credit at that time.   He came from the Isle of Wight and the sea was in his blood.  Anja and Allan clicked and decided that the world would be their life and their home and from then on a new sea based adventure was their plan. South Africa was first stop for Skipper training and qualifications and then the hunt for the boat began.
They found WATUSSI in the Zululand Yacht club, it was a 43’ steel ketch. The plan was to renovate it and bring it to the Med to charter. They sailed the waters of South Africa and learnt the capabilities of their boat.  They followed the relaxed example of their many boating friends and set sail for places that the guide books warned as being treacherous. The day came when a sail to Madagascar led them off Mozambique into an unpredicted storm.
In 2005 they were shipwrecked off the coast in Mozambique. A storm of 85 knots rolled the boat and broke both the masts.  The waves were higher than the boat and Anja screamed like she had never screamed before.  Allan was nowhere to be seen, the boat was full of water, the storm was raging and she was convinced that this was death. Allan called out from beneath a tangle of ropes that he was still with her and for hours they sat in the boat in complete shock.
Mozambique is a poor country with little maritime help for sailors who go missing.  They sent their SOS and fired their little flares but had no hope that they would be rescued.  They really thought they were living their last days.
Meanwhile back in Maputo in the office of the harbour master Paul, a friend of theirs, who was running the Marina at the time had called in to check weather conditions. He noticed a report on the desk of an SOS from WATUSSI. He was part of the Aid Workers team in the area at the time and it was he who requisitioned one of the aid workers planes to go search for this shipwreck.  Through the kind action of friends and coincidence a fishing boat was dispatched to tow them in and their lives were saved.
Anja and Allan celebrated life after that and a team of local friends including Miguel from the Port of Soller helped them get the boat back to good shape to enable the next part of the adventure to begin.  The Aid workers of Mozambique command their greatest respect and friendship for all they did for them in-between the great work they were doing for local people.
The next four years WATUSSI took them to Brazil, Salvador, French Guyana, the Caribbean and much more as they worked and sailed their passage.  Every night was a party and life was full of sunshine and gratitude for being alive. 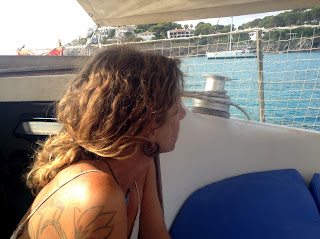 Then the cocktails didn’t taste so good and life was an effort so a visit to the Doctor was made in Salvador de Bahia.  Congratulations you are going to have a baby was the diagnosis. A wedding on the beach in Tobago and then on to Martinique where Asha was born. A baby and a boat worked just fine and Asha’s first steps were taken on Watussi. A year later with a baby and no money it was time to return home to rethink the master plan. 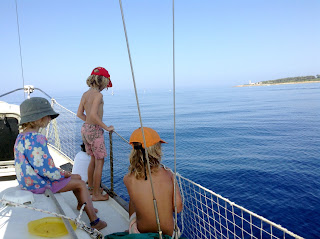 The Isle of Wight is a great place and home for Allan and the family settled and lived for the first time for years in a house.  Their lovely twin girls were born here and their thinking time began. The years of a sunshine lifestyle made the reality of English weather an impossibility for the family so they spent their time planning and researching about where they wanted to live while their children were growing up and being educated.
Miguel, their friendly Aid Worker from South Africa and Mozambique had returned to Mallorca and invited them to the Port of Soller for a holiday. Anja, Allan, Asha, Kaya and Luca arrived in the Port of Soller and had their eureka moment.  This was where they wanted to be and it was an instant love affair.
Anja and her lovely family are now an important part of the fabric of the Port of Soller.  Sailing, Paddle Boarding and every beach activity mean that the beach is their second home.  The three girls all go to the local school in the Port and are having the best time.  Allan continues rigging for Super Yachts based in Palma.
As for our adventurer – sky diving, sailing, web designer Anja she is part of the SOLLERWEB team and works with Tracey and me.  The Port of Soller and the Soller Valley is the place she wants to be. After all her travels and knowledge of the big wide world it says something for our Valley that this is the place of choice for her and so many