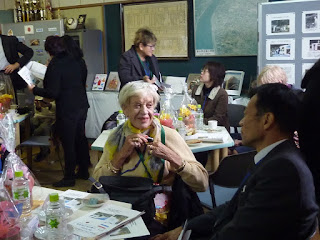 Femke Young of Portals Nous in Majorca was born in Indonesia and is fourth generation with family originally from Holland.  Her childhood was spent as a privileged, colonial child in a beautiful home run by staff.  She and her brother Erik had devoted parents and an idyllic childhood with everything they could wish for in Bandoeng, Indonesia.
Dad held a senior position as the President of the Railways and as a family they were content.  The world stage was erupting and in 1942 the Japanese bombed Pearl Harbour with Indonesia being attacked in March.  All the non Indonesians were rounded up and taken to prison camps.  That day began the life that was to be as different as it was possible to be for this little family.  They were herded up and taken to the first of many prison camps where the only rule was deprivation and cruelty.
Femke’s family story was told in this paper in August 2015 which was the anniversary of the atomic bomb being dropped on Nagasaki.  This was the action that caused the surrender of the Japanese and brought to an end the second world war. Freedom followed and allowed Femke and thousands like her to be released from the Japanese prison camps after a three-year incarceration.
Seventy years have passed and the memories and experiences of this group of survivors have been unforgettable. The Japanese people and government have developed a programme of outreach and reconciliation which consists of many events and visits.  This 70th anniversary year saw Japan and the Netherlands organizing A Peace Exchange Programme to Japan to which Femke was invited.
Seventeen people, all survivors of the camps were taken from Holland to Japan on November 25th 2015.  All of them had their own memories and experiences, they represented their families too, some of whom did not survive the experience of the camps.  All these people had to face their demons before getting on the plane to go back in time to events they wished had never happened. Amongst the group were rape victims and survivors of unspeakable torture and cruelty. Some of the group were very little children at the time and their memories were more of having of little food for their growing bodies and no toys or books.
The Japanese Government used this visit to declare that they wanted their children and population to understand that past and ensure that nothing like it could ever happen again. The trip was planned around a series of events and welcome parties from children’s groups, schools and universities.  The over whelming memory was of a people who couldn’t do enough for this group.  The bowing and respect they were shown wherever they went was one indication.  The superior hotels and the constant stream of wonderful food and drink was another. 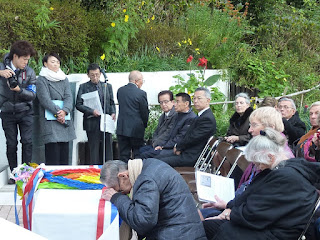 Each of the 17 delegates were able to speak to people directly and answer the questions of the children. Some of the group and in particular Femke was invited to address the university students. This lecture was given after visiting the Nagasaki Atomic Bomb Museum.
The most poignant question asked of her in front of hundreds in the audience was ‘How have you overcome hate?’
This question was one that stayed with the group the whole visit.  Some of them, it was true to say, had not in any way overcome their hatred for the cruelty inflicted on them and their family members.  The only thing they could offer was a hope for the future that these young people who had nothing to do with the past could go on to live peaceful lives.
Visits were made to prison camps that were now memorials and these were particularly hard for some of the group.  One man whose brother had died in one camp collapsed at seeing his name on the memorial stone.  He was there in that camp too and remembered events as if it were yesterday.  One of the rape victims revisited the scene and this was particularly hard for her too.
The Nagasaki Atomic Bomb Museum and the Nagasaki Peace Park were very important visits by the group.  The dropping of that bomb heralded their freedom and that was the direct effect it had on them.
As far as the population at large were concerned the bomb was cataclysmic. The population of Nagasaki at the time was 240,000 and those injured in the bombing numbered 74,900.  Survivors were transported by train to neighboring cities.  No one could remain in a place where an implosion design nuclear gravity bomb using plutonium had exploded. The thermal flash produced fires which swept through much of the City.  Flash, blast and prompt radiation killed most people within 1.5 km of ground zero.  Many more died in the following weeks through fatal doses of radiation getting into their systems. 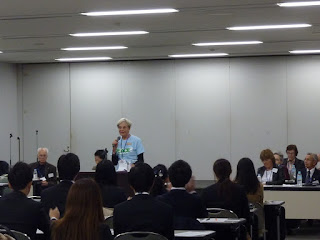 The replica of the bomb stands in that place and is surrounded by the Peace Park.  In the waters of the park are lights which are illuminated for everyone who lost their lives in that terrible time.  Over 70,000 lights are lit every day as a permanent reminder of how many people going about their normal daily lives lost theirs on that fateful day.
The whole group were moved by all they saw in Nagasaki and it was clear to all that there are no winners amongst ordinary people in any act of war. The incarceration and torture of themselves and their family members and the loss of life and suffering of the people of Nagasaki all made no sense.  As a strategic military decision there was logic but on a human level it was all unutterably sad. The other poignant thought was that Nagasaki was never the intended target ,that was for nearby Kokura.   Cloud cover meant that the bomb was dropped through a gap in the cloud just outside the city centre. Who know that if it had been a clear night maybe many more thousands would have died.
The Japanese people involved in this trip were working very hard to give a balanced view of what it is in the Japanese culture, belief system and pride that allowed them, at that time, to do what they did. There were no excuses given and now that nations have all moved on and reconciled their differences it has to be seen as a brave move to constantly invite groups for peace trips.
At the beginning of the trip the group visited a school where children treated them as revered guests.  They enjoyed gym displays and musical entertainment and then the teacher called out YOTSKAY, YOTSKAY.  Femke and her fellow travelers all stood still and began automatically to obey the order.  This was one of the control words used in the prison camps and means ‘Get in Line’. As prisoners there were severe punishments for those who didn’t immediately obey the orders. The group were horrified that this word used in a normal school environment still had the power to command their instant reaction. They were all very upset by this realization and this above all other things made them realize that the past, in one form or another is always with them. 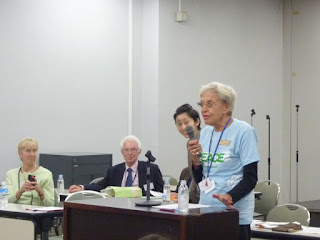 Nagasaki has been rebuilt, the memorials and peace parks are maintained superbly and new generations are getting on with their lives.  The Dutch government made peace with Japan and for reasons known to themselves and their trading links no financial reparation was ever made.  People lost homes, businesses, possessions and many suffered and died at the hands of their captors.
After six days of full visits, travelling and eating wonderful food the whole group were bone tired.  They got on their plane back to Holland with very mixed feelings about the whole experience.  They were laden with gifts that their hosts and given them and many memories.  To place the thoughts in their own personal memory box of the events of their three years of captivity will take a little longer.
Femke returned to Majorca with more questions than answers as hers is an enquiring mind willing to embrace all points of view.  However, Femke’s sticking point is the brutality shown to her own father that she knows the detail of. Peace parks, huge good will and national agreement that the Japanese will never behave in this way again goes someway to give her hope for the future.  The past will have to be as it is which is an awful reminder of mans inhumanity to man. 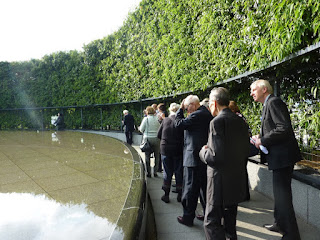 When I wrote the article last August of Femke’s story I knew that one day I would learn what happened when she went back.  I am privileged to have done that   and be able to bring you the outcome. There is no happy ending just more questions but I am glad that Femke has returned to her beloved Majorca to keep on asking them.