Soller, the Radio and the McDowall family
By Shirley Roberts
Published in the Majorca Daily Bulletin
on Sunday 9th August 2015
Photographs by Rachel Fox 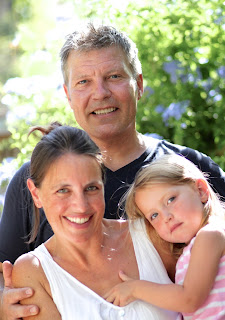 The Mike McDowall master plan started in Carlisle with a career in Town Planning on the radar.  A diversion into a hobby of presenting Hospital Radio changed all that and the towns and cities of the UK never did get his talent. Mike just loves radio and all it represents and this is the passion that he has brought with him on his relocation to Soller.  This is a true move with a house sold in London and all worldly goods transported to his beautiful home nestled into the mountain that overlooks the City of Soller .  Mike has an alter ego in the name of Adam Bane and in developing the books that he writes under that name he began a love affair with Italy .  The breathtaking Ligurian countryside is the setting for Acqua Morta and for the other books in the series about the Martelli detective.  Italy was his passion and where the second stage of his master plan just did not happen. He fully intended to buy a second home there and eventually relocate to that beautiful place.  His route to the Soller Valley has a story and it is all to do with love. 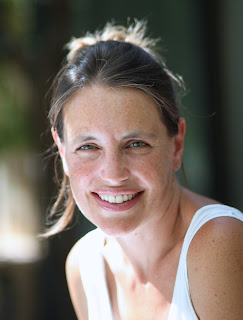 Mike’s radio CV reads like a record of radio development of the past twenty years. From his beginnings as a newsreader with Chiltern Radio he worked through the stations learning and developing along the way. He read the news for Richard Branson on Virgin Radio, presented News Direct for LBC before a five year stint on Five Live for Radio 5.  Talk, current affairs and interviews were his speciality and then life as a producer for CNN was added to the list.  All roads led back to the BBC so then came a five year spell as the World Tonight producer on Radio 4 with Robin Lustig.  Latterly his career took him to the World Service where he was the producer and presenter of the news and current affairs show – Business Matters. 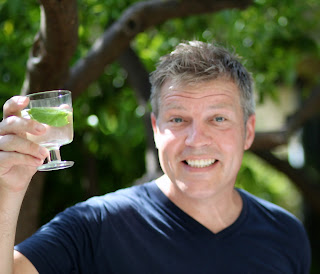 Mike’s serious ambition in his relocation is to bring his talent for radio to this island.   He is in talks with radio stations that see Majorca as a developing market but he wants to assimilate much more information and understanding of his adopted island before deciding which route to pursue. ‘Radio Soller’ has a good ring to it but there is much more work to be done in talking to the main players here before that idea leaves the drawing board. He has come to this island to have quality family life, work in radio and write his books.  He has found his place in the universe via a circuitous route and is looking forward to all that life here brings.
Meanwhile back in North London my milk was being delivered by the long haired football star of the area.  He was part of a very trendy team full of actors, media types and good old boys who could play football on Parliament Hill Fields.  The milk round was well established and indeed continues to this day with the son doing all the work with the occasional appearance of dad.  Why am I telling you this?  I lived in the champagne socialist world of Dartmouth Park (where Ed Milliband lives today) and so did Georgina – the daughter of the said milkman…  She went to the same school as my daughter who made the move here to Soller over 10 years ago.  Our parallel lives crossed but I cannot say we really knew one another but now the same dreams that brought us to Soller have brought them too.
Georgina is Mike’s wife and is the reason that Italy was swapped for Soller and this is how it happened.  One of the largest employers of our North London area was Thomson Holidays and they had their offices in Greater London house in Mornington Crescent – a building made famous by the huge black cats that adorned their entrance. Georgina went to work there following her mothers footsteps and enjoyed an early career with that great company.  As part of their work Mum and daughter had familiarisation trips to Majorca and Mum took great delight in introducing Georgina to her ‘favourite place in the world’ – Soller.  They enjoyed family holidays thereafter in the Soller Valley and were amongst the people that really ‘get the valley’ the ones whose mood lifts the minute they come through the tunnel and enter the Soller alternative world.
Georgina left Thomson’s and trained as a Montessori Teacher of nursery age children.  She had a busy life in all female environment and as the years ticked by she noticed she was attending more and more weddings of her friends.  They decided that she didn’t meet enough men and they enrolled her on the dating site ‘mysinglefriend.com’.  Georgina was busy with her work and her school holidays spent in Ireland working with the ‘Hole in the Wall Gang’ Charity that gives palliative and respite care to children with serious illness.  She wanted to do as her friends had suggested but she was rather busy – so it took awhile.
In a lonely radio station studio working through the night on air and sleeping during the day was a South London man whose friends had suggested the same to him.  A contact between Georgina and Mike via email was eventually made and here they are 8 years later with wedding rings, three year old Molly and the start of an exciting new life in Majorca .  The decision about which country to relocate to was the only complication in their love story.  Mike had a half life already established in Italy and had never been to Soller so the best endeavours of  Georgina and her mum to make sure that he saw Soller as they did were put into practice.
The family went to Italy with Mike and had a wonderful time while he showed Georgina ’s parents the place he wanted them to live.  Magnificent countryside, wonderful weather, great food, friendly people were all there in bucket loads but the decision was suspended until the reciprocal journey was made by Mike to Soller.
The excitement mounted as they approached the exit of the tunnel when the Soller Valley would be revealed in all its glory. Georgina knew that this would be the moment that made or broke the spell.  Mike got the wow factor and understood exactly what his wife and her family had been explaining to him.  He is now so delighted that he has to pinch himself to prove that his move is true. Suffice it to say that he just loves this place and is so glad that the determination of his wife and her family won through.  Italy will always hold a special place for him and it is the setting of his detective novels but Soller is home. 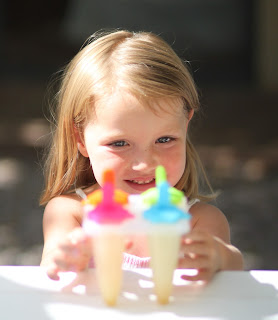 August is the time when many new families join us in the Soller Valley .  They settle in the awful heat and wonder what they have done.  Children start school in September and the Valley moves into normal mode and it is then that the incomers can know if this adventure can really work for them.   This is the stage my new friends are at right now except that they already have a working knowledge of the place from frequent visits and Georgina ’s history with the place.  Their appreciation for the quality of family life to be found here is the key to it all and the reason they moved.
The Soller Valley welcomes this great family and invites you to watch this space for the radio impact this man will have on Majorca .  The radio stations already courting him could make him the voice of Majorca before we even know it.
Just remember folks – you read it here first!