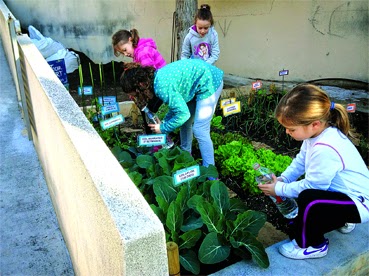 General information on schooling in Soller and Mallorca
http://www.sollerweb.com/schoollandpage.html
State education is the responsibility of the Ministry of Education.

Children are required to be registered in school at the age of 6 years in Spain.

The system of pre school education from 3 – 6 years is well established as is the basic Guarderia provision of day care from 0 to 3 years.

In Soller and the surrounding area there are a number of Guarderias (Nurseries from 0 – 3) for which you have to pay in full.

The funding for schooling is undertaken in Public schools by the State. This covers pre school and school placements. The public schools in Majorca have a requirement for a basic contribution from parents towards the cost of books and materials

In addition to Public Schools there are Private schools which you pay for.

There are also ‘Concertados Schools’ – these are private schools that the state pays a large contribution towards. Parents pay fees for these schools but at a much lower rate than that of the Private Schools

The schools of Vincent De Paul and the Convent of the Sacred Heart are ‘Concertados’ schools and require a contribution to fees.

The rest of the schools in Soller are Public schools and are free.The funding for schooling is undertaken in Public schools by the State. This covers pre school and school placements.

The Education service has a legal obligation to help students who do not have Spanish as a first language. Extra and ‘bridge’ tuition is provided. Many parents also pay for additional help to assimilate the language

The state school day is usually from 9 to 2 pm. Lunch is served and there is a child minding provision until 4pm. This is a daily charge for lunch and the childminding. At 4 pm after school activities take place for one hour these are administered by the Parents Associations of the schools. These are chargeable and should be paid to the Parents Association.

Some schools have a breakfast club for children whose parents have to work early. This is paid for locally by the users.

Many people choose to educate their children in Palma at one of the International Schools. These schools are all Private and fee paying.

The language of the majority of International Schools in Palma, Marrataxi and other locations in Mallorca is English.

Children are taught Spanish and sometimes Catalan as syllabus subjects. These schools follow the English Examination system. The language of the playground depends on the mix of children currently at the school.

There are also Swedish, French and German schools in Mallorca.

A number of children in the Soller area travel to the International Schools in Palma. They are usually taken by car as the bus service necessitates changing buses in Palma to get to the suburbs where the schools are situated. Journey time to an international school in Palma or Marrataxi from Soller is between 40 minutes to one hour.