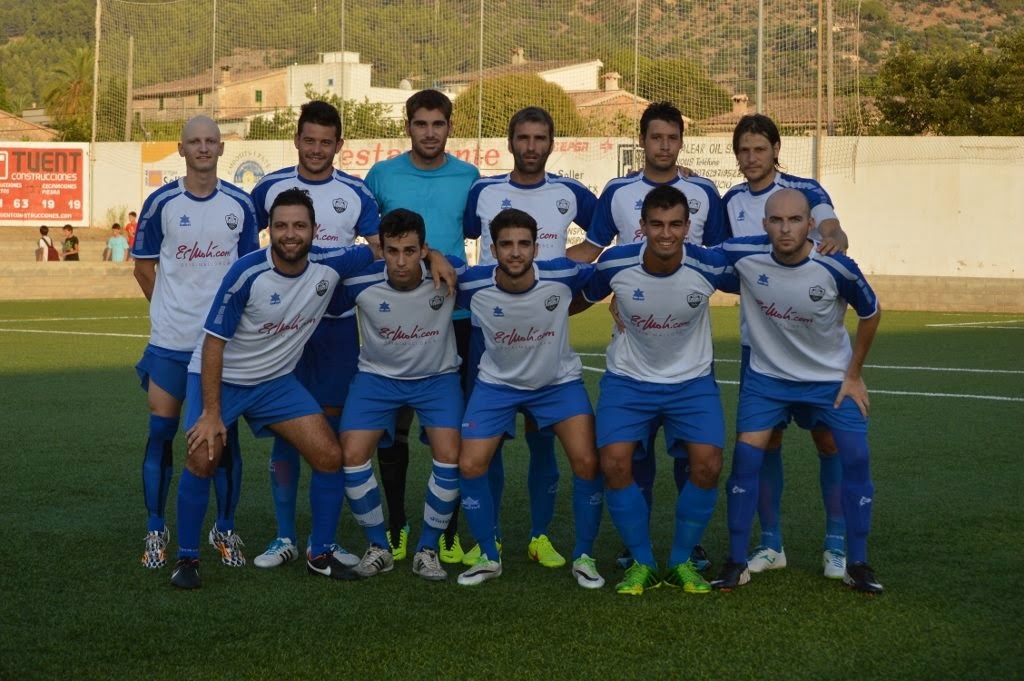 The football pitch of Soller is called Camp d’en Maiol and has stood at the heart of Soller for over 100 years. The club is at the heart of so much that goes on here as it has a thriving youth section. Nothing like doting parents and grandparents supporting their children to ensure a good gate! The news this week is that just in time for the beginning of the season they have installed a new PA system. The club has existed for some time without this function after it broke down and it took time to collect the money to pay for a replacement. In honour of Soller’s promotion up one notch on the football league here the club decided to celebrate. A state of the art sound system is now in place. It was used for the first time on Sunday when the eagerly awaited match between Soller and Formentera took place. The sun shone, the Mayor made a speech, the sound was good, the supporters were there in their hundreds but Soller didn’t quite manage to win this time. As people left the stadium with the boom of the sound system in their ears they wondered how soon it would be before the football pitch would be used for concerts. The P A is of such good quality that it is obvious that someone has bigger plans than just the occasional commentary on a match.

Soller has been celebrating the Fiesta of San Bartholomew this weekend and it was all consuming. The City went into a semi lock down where no-one except residents were allowed into the heart of the place. A circuitous route was evolved for locals to get out of the City which added at least 15 minutes to every journey. In the end we all gave up and gave ourselves up to being marooned on the Island called Soller. We walked everywhere and just thoroughly immersed ourselves into everything fiesta. In the three day period we had nine live bands entertaining through the night from 10 pm to 6 am. The fun fair was installed in a car park and all ages were catered for. The foam party and melon carving for the children were a great success and then the Night of Fire. I have researched Sant Bartholomew extensively and I can’t quite see how we get a Night of Fire from his story. Be that as it may the spectacle accompanied by the demon drummers is of massive importance here. The Clash of the Titans was the theme for the 2014 Night of Fire and it was all you would expect. The fire run exploding into the final act fireworks made it another great night to remember in the Soller calendar.

Art is a big feature of the Soller Fiesta and is everywhere around the City centre and down the side streets. Shops and cafes have art work hanging and the main galleries have their number added to at this time of year. There is one piece of living Art happening which is truly unique because once it’s gone it really will be gone. I refer here to the demolition work on the Hotel Rocamar on the way to the Repic Beach . After an inauspicious start the demolition is now really happening and the landscape there changes daily. A well known photographer and designer Elisa Enriquez has designed a photo art exhibition on the demolition of the Hotel Rocamar. The unexpected scenes of beauty and colour out of this dereliction are remarkable. The Art Gallery – Arte Artesania (1st Floor) in Calle Luna 43 are hosting this exhibition for a few more weeks. I recommend this unusual exhibition to you as a current piece of Soller history in all its stark beauty.

As the fiesta ends the exodus begins and the Soller landscape changes from being family orientated to cyclists, couples, groups and lovely weddings thrown into the mix. Weddings in Soller are big business and the last week in August is a particularly busy time. The locations around Soller from the gothic Church of the Capelletta to the Sunset Patio of the Museum of the Sea make it difficult for couples to chose. Sollerics are delighted that so many people want to have permanent memories of Soller and chose to have their ceremonies and receptions here.

The winter tourism debate has started and hotels are declaring their intention (or not) to remain open through the winter. We move quickly from the height of the summer season into the next phase. Hotels are reporting a surge in bookings for next year around the time of our two main fiestas – The Moors & Christians in May and the Fiesta of Sant Bartholomew in August. It is just great to think that those who have enjoyed those wonderful experiences want to do it all again next year – just like us.

As for the Sollerics we go on to three more Fiesta weekends before the end of September – From Friday 5th September 2014 it is Fornalutx’s turn to host the three day mayhem and keep all the residents awake! In addition they have the Bull Run which is unique for this part of the world. So party on friends – the time is not yet upon us to put away those ruby slippers …