The latest summer festivals that are celebrated in the municipality of Sóller are those dedicated to its patron, San Bartolomé. During the days leading up to August 24 a great set of cultural, recreational and sports events are organized, in the Valley of the orange trees. One of the most interesting innovations is the celebration of the night of art, where local artists display their works in galleries or in the street. This event takes place a week before the holidays, and is famous for the good atmosphere that is created by combining art, music and food. 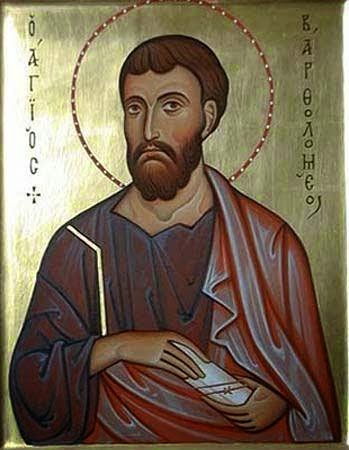 But who was St. Bartholomew? According to Catholic tradition, was one of the twelve disciples of Jesus. According to the Catholic tradition his martyrdom was being ripped apart live, for this reason, the Saint in question is represented with a knife in his hand to represent the torment that tube support. In the Church of Sóller we find numerous sculptures and carvings in honour of this Saint, and the peculiarity of most of them is that the Holy, aside from holding the knife also holds its own skin.
San Bartolomé is the patron of Sóller from the Catalan conquest of Majorca in the 13th century.