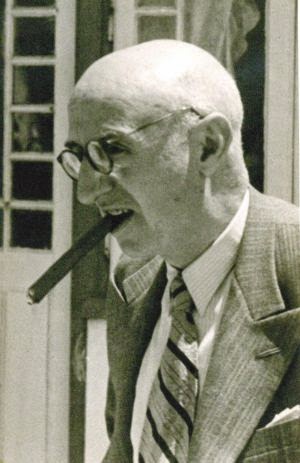 The war games of a Mallorcan tycoon 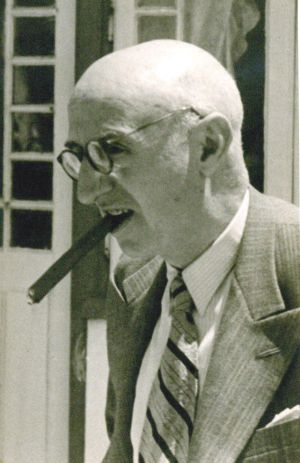 Multi-millionaire businessman Juan March in Estoril, Portugal, in 1943. / CAN VERGA ARCHIVE
A world war was a perfect opportunity to do business. Juan March Ordinas was 33 when the First World War broke out, but by then he was already a rich man. The renowned Mallorcan businessman had first made his money from the sale of pigs and later through tobacco smuggling, covering the routes between the Balearic Islands, northern Africa and the Mediterranean ports.
“His accounts included payoffs to Civil Guards who turned a blind eye in return,” notes historian Mercedes Cabrera in her 2011 biography about the turn-of-the-century tycoon and patron of the arts.
The man whom the head of British intelligence services in Gibraltar during World War I, Major Charles Thoroton, fondly referred to as “my pirate” was born on October 3, 1880 in the village of Santa Margalida, on the island of Mallorca, and soon learned from his grandfather how to sniff out opportunities. This ability, together with a good mind for numbers, quickly made him the head of the March family.
A thin man with bright dark eyes, thick eyeglasses and a hooked nose, he showed himself to be a master of double play. In 1914 the war made his smuggling business harder because of increased surveillance along the coast and because of the presence of German, French and British submarines in the area.
“The Allies did not trust him because he had excellent relations with the German consul in Mallorca,” says historian Pere Ferre, of the University of the Balearic Islands.
In his book Los inicios de un imperio financiero (or The beginnings of a financial empire), Ferre explains that the British detected March’s boats supplying German submarines on the Balearic island of Cabrera. In May 1915, the British decided to contact him. James Macnaughten, a secret agent in Valencia, sent his superiors the following message: “March agrees with our proposal for cooperation and offers his unconditional support.” 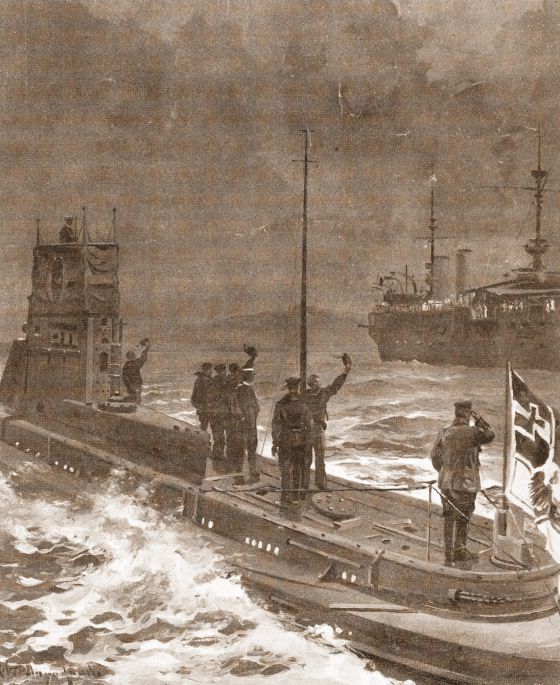 An illustration from June 1916 showing the crew of a German submarine greeting March’s ship the Cataluña. / CAN VERGA ARCHIVE
The reason for such generosity was to ensure that London would not keep his ships moored in Gibraltar with the excuse of asking for their papers. In exchange, March agreed to give them the location of the German submarines.
Miguel Monjo, the great-grandson of the millionaire’s only sister, owns a copy of a report issued by the French secret services, in which the Ministry of the Navy asks the Finance Ministry to help March, “the head of a powerful organization of smugglers, for his very useful services.” Yet France believed that March was playing a double game and interrogated him in Paris. He showed up with his sponsor, Major Thoroton, and used his powers of persuasion to convince the French to release two of his ships detained in Oran and Algiers. But the French were right: while informing the British about the position of German submarines, March was also telling the Germans about the Allied ships’ routes, explains Monjo.
Aware that he was being watched, March sent a letter to his colleague in Algiers, Vicente Jorro, in the knowledge that it would be intercepted. In it he wrote that “I am proud and satisfied to know that when the conflict is over, few people will be able to say that they have served the Allied cause so well, without any desire for profit or return of the expenses incurred.”
“He made a quantum leap during the war, as he controlled fuel and food supplies in the area,” says Cabrera.
To this, Ferrer adds another highly profitable business: “He transported armament and sold it to pro-German rebels in Morocco who used it against the French.” 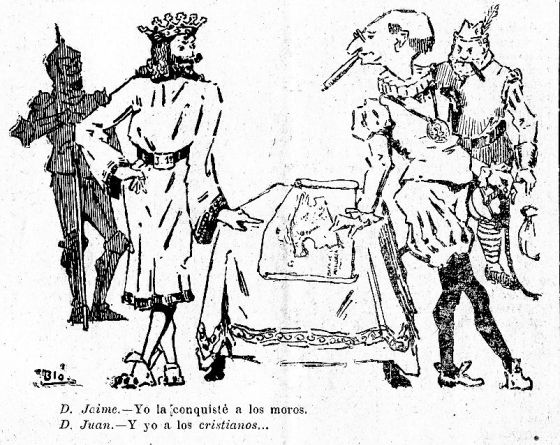 A 1918 cartoon showing March and James I of Aragon, conqueror of Mallorca. “I conquered the Moors,” says James I. “And I the Christians,” says March. / CAN VERGA ARCHIVE
The Juan March Foundation, which the financier created in 1955 to promote science and culture, has nothing to say about this period in March’s life. “Let’s let the researchers do their work, and the family is not going to say anything,” said a spokesperson.
The money flowed into the hands of Juan March, who boasted about being “a modern capitalist” even as he was spurned by the aristocracy in the Balearic Islands.
“He ventured into new sectors such as passenger transport, fertilizers and oil,” adds Cabrera.
“His ambition knew no bounds, and if he had to corrupt anyone standing in his way, he did not hesitate to do so. He was also lucky in that every time a judge was going to prosecute him over this or that, the judge would get removed or transferred,” says Ferrer.
Soon Santa Margalida became too small for him. He moved to Palma with his wife and built himself a marble palace, then opened up a bank on the ground floor, Banca March.
By the time the war ended in 1918, his own empire was well-established as political empires crumbled around him. The young man who had started as a pig seller and became one of the wealthiest men in Spain is quoted as having left the following thought behind: “If you steal a loaf of bread they will call you a thief, if you steal a million they will call you a swindler, but if you steal hundreds of millions they will call you a tycoon and kneel before you.”