Published in the Majorca Daily Bulletin – Tuesday 20th May 2014

What a week – the glory of the Firo was threatened by the great and the good having a bit of a fall out.  The problem is to do with the speed of action of the Town council.  Speed is not usually a word you associate with our City owing to the many layers of bureaucracy that have to be complied with before a decision is made.  However there is always the story that defies belief and this is the version that has amused us over the past few days.

A new Health Centre is to be created in the Port of Soller and it is considered very urgent.  The old one gave up its building to the extension of the Pere Cerda School.  The deal was that the current Tourist Office would be extended and made into a 200 sq mt Health Centre .  This will have space for two doctors, two nurses, and a receptionist.  It will also have a waiting area for patients and toilet facilities.  The edict went out that building companies could place their tender for the work under the criteria that the place was finished and functional by July 2014 – a mere eight weeks away.

Last Thursday I turned up at the car park doing the school run with my granddaughter.  The hole in the ground and the lorries were there for all to see and work had begun.  Only problem was that no-one had been allocated the work and the meeting to decide on the bids wasn’t due to be held till Friday.  The phantom builders had removed the asphalt of the car park and dug a mighty big hole and builders were very much in evidence.  The muttering of the locals about the academic nature of the bidding process was extremely loud.

On Friday a very well attended meeting in Soller gave the Mayor a huge problem.  He defended the start of the work as timely and that all that had happened was that council workmen had removed the asphalt to give the successful building company a good start …  Due process eventually got under-way and the meeting was called to order.  The tender envelopes were opened and a decision made as to which company would be  given the job to build a new health centre in the next eight weeks.  Argument, counter argument went on and the decibel level reached unrecorded levels.  I am sure that all concerned were very glad when that meeting of Soller City Council drew to a close.

All eyes are now firmly on the successful builders – after such a stressful start every hole they dig and brick they lay will be subject to scrutiny.  This is not the last we have heard on this subject and now there are people in Soller taking bets on the chance of any public building being finished in eight weeks.  This will be the sport of the summer of 2014.

Fifteen thousand and twenty seven people  are now recorded as living in the Soller Valley. This is a very significant turnaround for this place.  In the past couple of Census’s the accuracy of the numbers had been doubted because of the process.  Many people appeared not to have let the City Council know if their property had changed hands and some chose not to let the Council know when they acquired property.  A lot of good work has gone on in the last couple of years and the information gathering has been improved.  These figures may still cause doubt in some minds but they are as near to being accurate as it is currently possible to be.  This means that the City of Soller’s ten year plan for the area is being achieved and that growth to twenty thousand people in the next five years is on course.  Planning, no matter how often it is wrong has to be in place to allow for school and health provision for the future.  So the expected number of residents and the new health centre in the Port do have a link even if it is to make the people cross …

To finish off such a contentious week the only answer was music.  On Sunday we had a most unusual concert with Suzanne Bradbury at the piano and J.V. Franco Landete playing the oboe.  This was music at its best and soothed away the cares of the week for all who happened by the Cultural Centre of the Escolapies.  Many people have asked me where this place is as so many of our events happen there.  The full address is Capella d ses Escolapies, Calle Batac 25, Soller – walk up the Lluna and C/Batac is a right turn of that street.  The building is up the street on the left and looks like the church it once was. 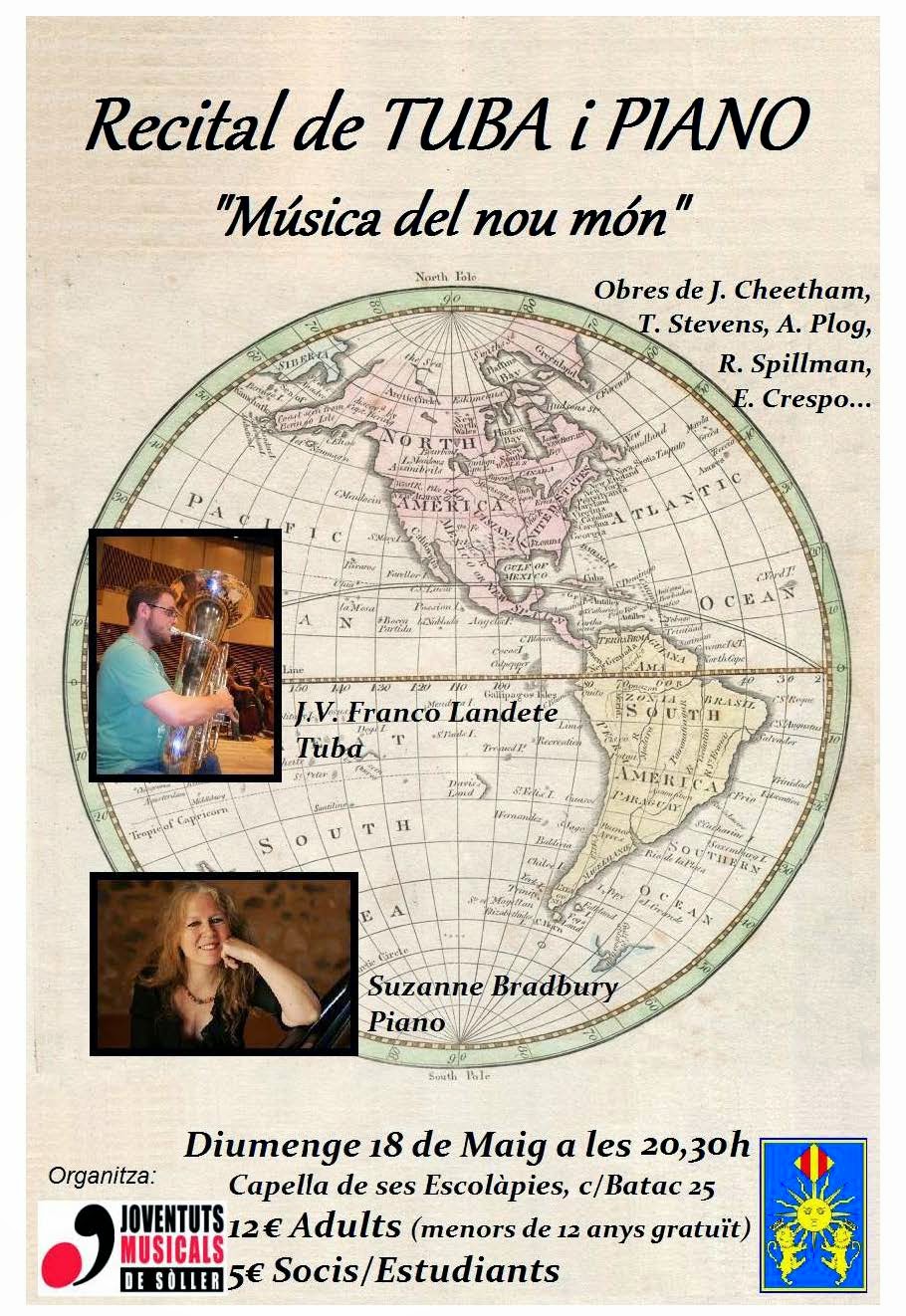 Another week dawns and who knows what the stories of this week are going to be.  If you are intrigued have a look at www.sollerweb.com for daily updates on our lives here in the Hidden Valley.