Sometimes I am challenged about the things I write about Soller and the questions send me scurrying back to my sources to check my facts.  The lovely Dr George Giri who who has written the Rural Life page for this paper for many years was one such questioner.  He asked why I constantly refer to Soller as a City and not the Town which it undoubtedly is (some would even say a Village).  I knew my facts were correct on this one and I was happy to share my knowledge with him although it has to be said that he eyed with me some scepticism even then!  The little bit of history that allows me to be right  lies  in the hands of King Alphonso of Spain, who as a young King, all of 18 years of age at the time planned a visit to Soller.  The entourage and the King himself were due to dock in the Port of Soller on 24th April 1904 on board the Royal Yacht Giralda.  The purpose of the visit was to see for himself the place on the Island which was known for Art, Literature and Education not to mention the thriving trade in oranges and textiles.  He planned to bestow on the town City status to acknowledge that this was a place in Majorca that was ahead of its time and would be a significant player in the development of the island.
The town prepared for the visit and triumphal arches  with the words ‘City of Soller’ across the top were erected to welcome him but alas, the weather gods were not kind and the yacht could not dock. However, a year later the decree from the King was announced and so from 1905 the town of Soller became a City – which is unchanged to this day.  So all the guide books that refer to this place as either a town or a village are wrong and even George will have to admit that I might have a point …

Carnival has occupied our week in the City of Soller and Thursday was devoted to the Children’s Carnival known as the ‘Rueta’.  All was not well with the planning committee and there were rumblings in the local press about two schools who had decided not to join the City celebration but have their own instead.  The only concession from the schools making their declaration of independence was  that they would send a delegation to the Adult Carnival the ‘Rua’ on Saturday to augment that parade.  The politics of it all escaped me and I thoroughly enjoyed watching the children, amongst them my 4 year old granddaughter with her school friends representing their Port of Soller school.  They were dressed as Siurells which are white clay figures daubed with green and red paint.  They were rough pottery whistles used on the farms of old to round up the sheep.  These days they are sold mostly as tourist mementos but the tradition was there last Thursday and the noise from the whistles would have rounded up the sheep on the whole of Majorca.  The parade ended with a party in the Square and clowns and distributors of food were kept very busy. 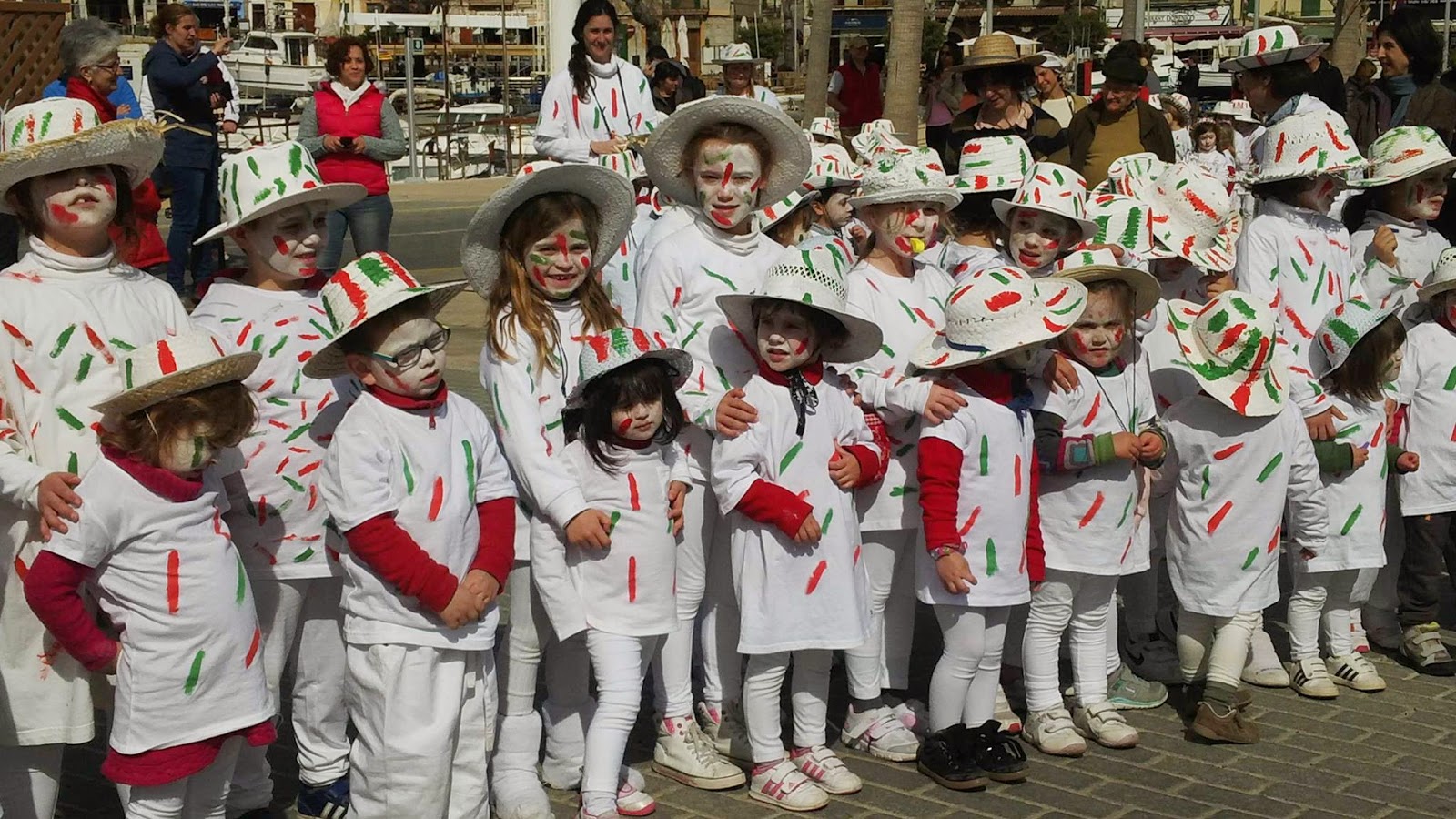 On Saturday afternoon it was the turn of the adults to get very serious about Carnival because there were monetary prizes awarded to the best groups and individuals.  The drummers that led the parade were the favourites to win and they were followed by a German delegation who brought their own brand of Carnival to Soller.  They were visiting guests so they didn’t accept any prize – they were just there to have fun and enjoy their annual holiday to Soller that always coincides with carnival.  So it all ended with prizes, cheers and party time and now the City of Soller prepares itself for Lent and a bit of introspection before Easter.  The rhythms of the season and knowing where you are in the calendar brings its own comfort.

Comfort was in short supply to one Soller family this week and we suffered along with them.  There was a serious house fire that took place at 7 pm midweek.  The family  with young children escaped from their burning flat by racing for the front door of the communal building  – the problem was that in the race they did not take the keys to the communal door.  There was not time to think of that when their only concern was to get out.  The neighbours heard the screams and saw the flames and started breaking the door down to let them out.  The family got out and into the everlasting arms of the Soller Red Cross and the most wonderful neighbours they could wish for.  Their home burned and they lost everything.  There has been a local appeal to help them which the Soller Police and Red Cross have been co ordinating.  Soller people have been looking after their own and hope that for all concerned the horrors of that night will fade.

So that’s the weeks news from the City of Soller this week – do come and see us in the Hidden Valley soon – you are very welcome.