It is often said that we live in our own little bubble and parallel universe in the Soller Valley.  This week I am inclined to agree with that view because we are definitely out of sync with the rest of Majorca. Three local hotels were already up and running by the end of January and many more opened on the 1st February. Two of the main hotels on the Repic Beach  – the Marina and the Geranios are set to open on Saturday 7th February and the rest  follow on as the month unfolds with only the largest of the hotels in the valley staying resolutely shut until the 1st March.  The air of excitement as the place opens up again to the world is almost edible.  Soller people enjoy their holiday, hanging round the square catching up with friends, but at this time of year they are itching to get the show back on the road again.   The Soller Train has been resting while track repairs were done and staff took their annual four week holiday but now its business as usual.  The Train is running, the hotels are open, the restaurants that closed are coming out of their hibernation and  everyone is busy preparing for the 2014 season.

Last Friday the ‘Real Mallorca’ road show rolled in to town (City actually – lets not forget it’s true status).  Can Prunera, the Museum of Modern Art in the centre of Soller is hosting an exhibition about the history of the Real Mallorca Football Team.  It starts from 1916 when the team was called Real Sociedad Alfonso X111 and traces its progress until 1931 when it became Real Mallorca.  The Museum has devoted eight exhibit cases to the memorabilia  and this exhibition is a great start to their season.  It runs until 23rd February in this location and Can Prunera is open daily – except Monday from 10 to 6 pm.

Sport at the Museum and  at the Son Angelats Sports Centre got its  mention in the papers recently.  The young peoples sports teams of Majorca had their award ceremony last week in Palma and the kids from Soller made us proud.  The cyclists, bowls players and basket ball players all won awards and were a credit to the instructors and staff at the sports centre.  I visited there on Friday to watch my granddaughter’s swimming lesson  and was amazed at the facilities that this place has to offer.  The building is on the left side of the main road as you head between the tunnel and the sea.  It was built on land which was once owned by the military and now is designated for use as an industrial estate.  The building has a central stairway which leads to a cafe with windows either side.  From there,proud supporters can watch the children in the pools or the basketball teams in the other hall.  The sports hall can be divided into three for multiple activities and the pool was being used by four different groups.  The cafe itself was hosting the junior chess club of Soller and more children were playing pool in another corner.  The place was absolutely jumping with Soller families enjoying this great facility.  A full range of classes from Aquarobics to Water Polo are on offer and the complex is open seven days a week. The complicated start this building had is now fast becoming a distant memory and the people of the Hidden Valley and visitors are loving this year round opportunity to swim and exercise. 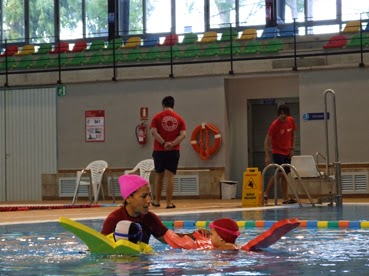 The parking statistics for Soller were issued this week and make very interesting reading if you enjoy lateral thinking.  The number of parking tickets issued in 2013 was 2750 this represents a 25% reduction in tickets issued over 2012. This means that less money is pouring in to the council coffers and this is a problem.  The mathematics of this situation means that by the time the parking wardens are paid, machines maintained and non payers are chased there is nothing left.  Should paid parking in Soller be scrapped or the prices for parking be increased?  We already have the example of Fornalutx who had the same problem last year and for a time scrapped their parking meters altogether.  A meeting soon of the powers that be are going to discuss this so who knows if we might become a ‘no pay’ zone soon.   I’ll let you know the outcome of this one as I am sure the same is being said in many towns across the Island.

Many of you have asked for an update on the latest thespian of the Isla Theatre Project.  I am delighted to report that after hovering above Biniaraix for a few hours the stork finally landed and along came Lucas Alexander Carter – another Shakespearean in the making for Majorca.  Emma Bernbach Carter – founder member of Isla will be joining the rest of Isla Project for their wonderful work in 2014 after a few weeks of sorting out the junior member of the cast ..ahh