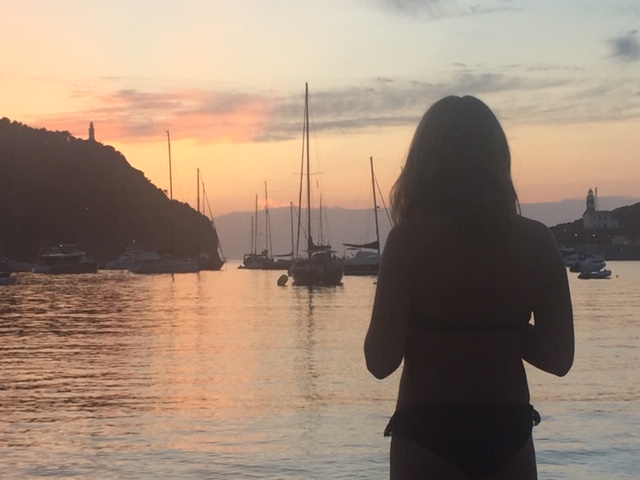 Humans of Mallorca came from Bosnia thirty years ago.

Some Humans of Mallorca started their lives in Bosnia.  Between 1991 and 1999 the Balkan War and the resulting genocide took place. Lack of respect for human rights and the genocide in the population was the life the people were living. Spain resolved to receive 2500 Bosnian refugees of which 60 of them came to Soller.

On December 3, 1992, a flight arrived in the Balearic Islands from Budapest with more than 200 people from Bosnia and Herzegovina.  Thirty two people were sent to Soller, twenty one to Minorca and the remaining 150 to other places on the Peninsula.

The Soller story started here and the arrivals, mostly women and children were accommodated in the Citric Hotel in the Port of Soller. The people of Soller were very welcoming to this displaced group who arrived here at Christmas, with nothing.  The early days of getting the children to school and organising jobs for the Mothers was a priority.  The Bakery Frau and other hotels gave employment and life slowly began to move on. Clothes, toys and Christmas gifts were hurriedly put together to try and help these traumatised people.

The Red Cross were very active in trying to get family groups back together. In time, husbands and fathers joined their Soller families and then, the group numbered 60.   Many of the people who arrived were educated professionals and could quickly give back to the Balearics their energy and expertise. The children learned the language as a priority and the schools did a great job in their integration.

The Bosnian Sollerics are an integrated part of life here now.  When time passed and return was a possibility, only 7 of the original group returned.  The rest have stayed here and live their lives between Soller and Palma.

‘Last week the plenary session of the Balearic Parliament began with the approval of an institutional declaration on the occasion of the 30th anniversary of the arrival of Bosnian families in the Balearic Islands as a result of the war in Bosnia and Herzegovina. Much of the contingent settled in Sóller and many of them have chosen the valley or Mallorca to determine their final residence.’

So now we have thirty year anniversary and an acknowledgment of the hard work of this group to integrate and contribute to their host country.  I was present at the 25th Anniversary celebrations in Ses Oliveres Restaurant in the Port of Soller.  The songs from the homeland, speeches and celebrations were all tinged with the sadness that these events ever happened.  There was no glory in war but a gratitude that their lives and their children’s lives found their place in Mallorca.

Our Bosnian friends serve as a great example to the Ukranian arrivals now coming in to the Soller Valley and other parts of Mallorca.  They are all experiencing the friendship and help which exists here. It is impossible to underestimate the trauma these families have gone through.  Most of them have no intention of staying but just want a safe haven for their children while the war continues.  Th Ukranian Church has been a great centre in all the troubles.  They are being supported by the work of Caritas and the Anglican and other churches on the Island.

Anniversaries are useful to give a sense of time and what can be achieved when life moves on.  My own conversations with local Bosnian friends also indicate a desire to ‘just move on’ and not keep visiting the past with anniversaries.  They just want to get on with their lives like everyone else.

As far as the Government are concerned they need to establish their credentials and have a master plan.  The word is that we have seen nothing yet in terms of refugees coming here and to the rest of Spain.  Ukraine will become a huge displaced population who will provide a workforce, wherever they go, but also need immense support.

Humans of Majorca represent a huge social and cultural mix.  A melting pot which changes with the political landscape and world issues. Thirty years ago we were concentrating on Bosnia and today its Ukraine.  That is not to mention the displaced of Syria and many other countries.

‘ The world is walking and everyone has to stop somewhere’.

One Soller Bosnian friend said “In 30 years, I’ve received a lot of help. I’ve experienced the atrocities of war but also the unexpected kindness of strangers.”