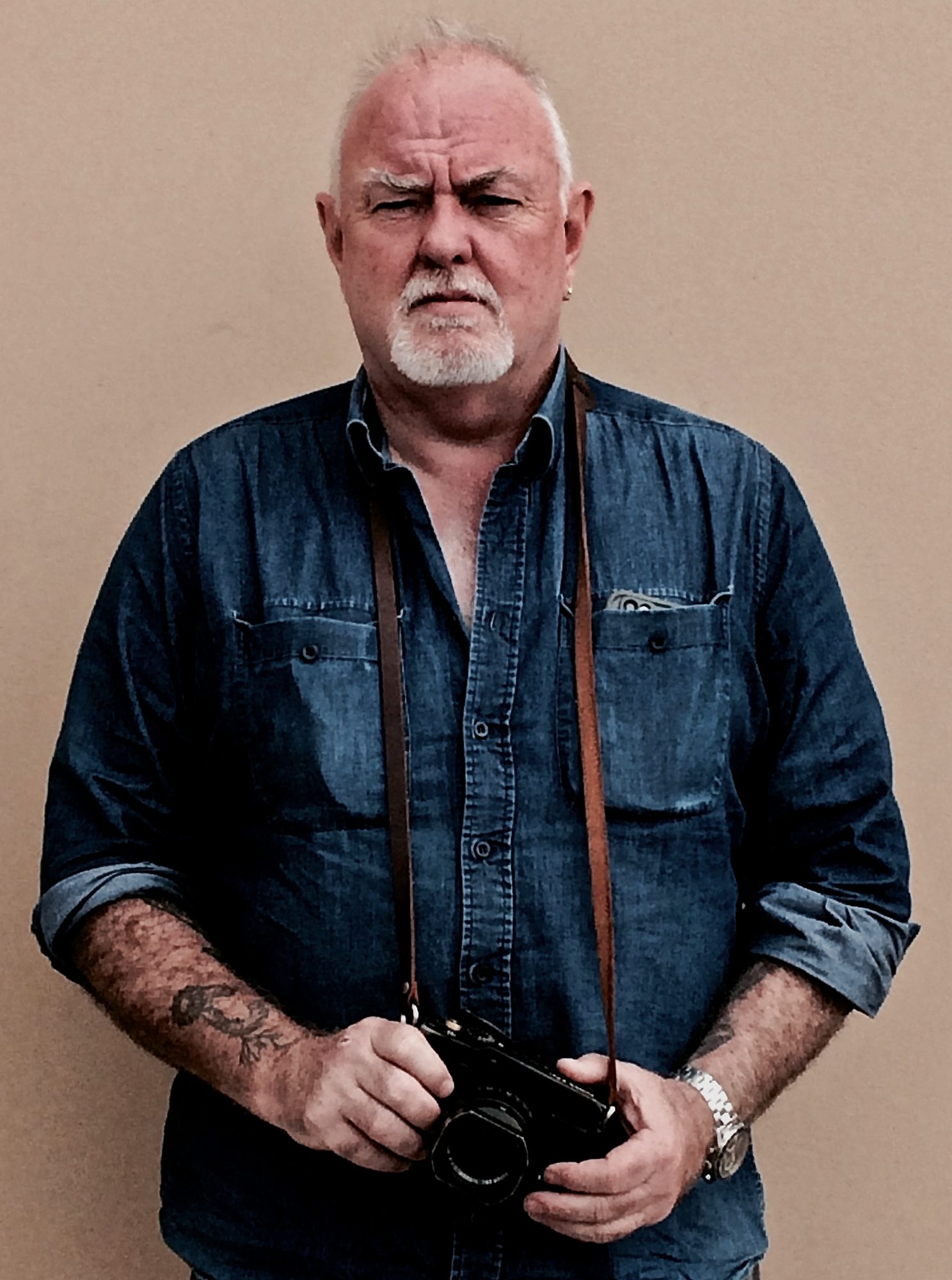 Today I would like to introduce you to my brother’ A Human of Majorca’ who has dipped his toes in the sand of the Port of Soller and absorbed our world.  His life is in LA now but we both remember many stories of our early days Majorca and the Luke Rhinehart connection.  Luke Rhinehart taking or kids out on a pedalo in the Port is one of the most memorable, especially when Luke sent the kids back to us on the sand asking for the money for the pedalo.  The rich and famous live their own world I suppose. Or this was one of his Dice Man foibles.

An interview with Voyage LA and Nick Mead

‘Nick, let’s start with your story. We’d love to hear how you got started and how the journey has been so far.

I saw a film called “Blow Up” early on and it was a great inspiration as to what to do with your life. David Hemmings basically being David Bailey. Then looking at the holy trinity of working class boys made good through fashion photography, Bailey, Duffy and Donovon, meant that poor working class boys like me could actually go and do something creatively that gave you some kind of voice. But basically I was very shy and insecure and having a camera gave me something to hide behind.

I got a job as a Photographers assistant at a company called Fox Photos, and the people who owned it had a smaller company called Focus Four, and they really liked me so I became their assistant, I had just turned 18 when they said on a Monday “what you doing Thursday?” and I said “Nothing” and they said “you’re photographing Miss World for Stern Magazine.” So off I went and knew very little but out of a hundred or so shots I managed to take three pictures that were sharp and correctly exposed and they were published in Stern Magazine.

So I started saying I was a film director and at the same time I was a big Motorhead fan and was assisting the legendary photographer Sheila Rock who said if you like them call their managers up… so I did and they invited me in and they said they were looking to get into film and I said I’m a film director, and then I started making films for Motorhead — I was 21. Motorhead was my film school, I had no idea what I was doing but soon learned to work with what you basically had. We were really unfashionable and no one liked us, but we had these massive aircraft landing lights because it was all we could afford and we lit everything with them. It was pure hard rock n roll.

Then I started working with a record company which went bust owing me a load of money so I took a long hard look at what I wanted to do and I started writing. I wrote a script in 12 days and later sold it for 100 thousand dollars – I thought this is great, I’ll do this once a month. Of course the more you know the tougher it can be – the lesson was that naiveté is a wonderful tool.

Through Motorhead I met Mick Farren and we made a film based on his book, Black Leather Jacket — it won a Gold Medal at the International Film and TV Festival in New York. So I came to America where they seemed to like me. I had a script I’d recently written called Bank Robber. I got off the plane on a Sunday and dropped off my script on a Monday to an outfit called Electric Pictures. It was green lit the following day. We made it about a year later… It was pretty much hated and one critic said I should leave the planet and come back when I had a semblance of reality…. it was a great compliment…

Great, so let’s dig a little deeper into the story – has it been an easy path overall and if not, what were the challenges you’ve had to overcome?
Way back when it was getting funding and support.

Now it’s dealing with massive periods of being alone and isolated through choice.

I work pretty much alone and sometimes I really beat myself up over what I’m doing and it can make you cranky. I worked a lot with Michael Winner in London and his Who’s Who entry listed his hobbies as “being difficult” – sometimes I think that’s me.

I’m constantly bemused and bewildered that anything actually gets done.

Nick Mead Film – what should we know? What do you guys do best? What sets you apart from the competition?

I am very blessed in being able to pretty much do what I want and have a very small network of support through distributors and financiers. The films I make now take a long long time to make.

The film I’m making on Clarence Clemons (he of Bruce Springsteen and the E Street Band) was started in 2005 and was completed this year. A series on guitars I’ve been making since 2006 is slowly coming together. I started a film two years ago called Reflect, basically troubled beautiful souls observing themselves in a two way mirror rig I had built and shot through, is nearly done, and that’s a record for me, two years in production. I also started “I Was a Teenage Sex Pistol” with Glen Matlock after he gave me his book of the same name when I was last in London.

The films I make take on a spiritual life of their own and eventually find themselves — I truly believe that film is an organic thing that evolves. That’s why I’m pretty much rubbish and a massive irritation in the commercial world.

What moment in your career do you look back most fondly on?
When I created a ballet and filmed it. Probably motivated by someone saying I couldn’t — anyway it was based on the Novel The Dice Man by Luke Rhinehart, I got Wayne McGregor to choreograph it and Mick Jones from The Clash to do the original score. Luke added some wonderful on camera poetry to the whole thing.

I’m not sure I had a clear idea of what I was trying to do and it was a terrific example of a film evolving and finding itself.

Another highlight was when I was making Black Leather Jacket. To use parts of “The Wild One” we had to get Marlon Brando’s personal permission. So we contacted his very nice lawyer and Brando said he wanted to see the script. The way I work we don’t really have one, so I wrote a quick five pages and sent it off. So there was a period when I was walking around Kentish Town saying “Brando was reading a script of mine” which was technically correct… and people would say “yeah, right…”

He wrote us a really nice note and said we could use what we want.’

Since this interview the film Clarence was completed, won best music film in London and best director in Vegas, and got picked up by Netflix…!