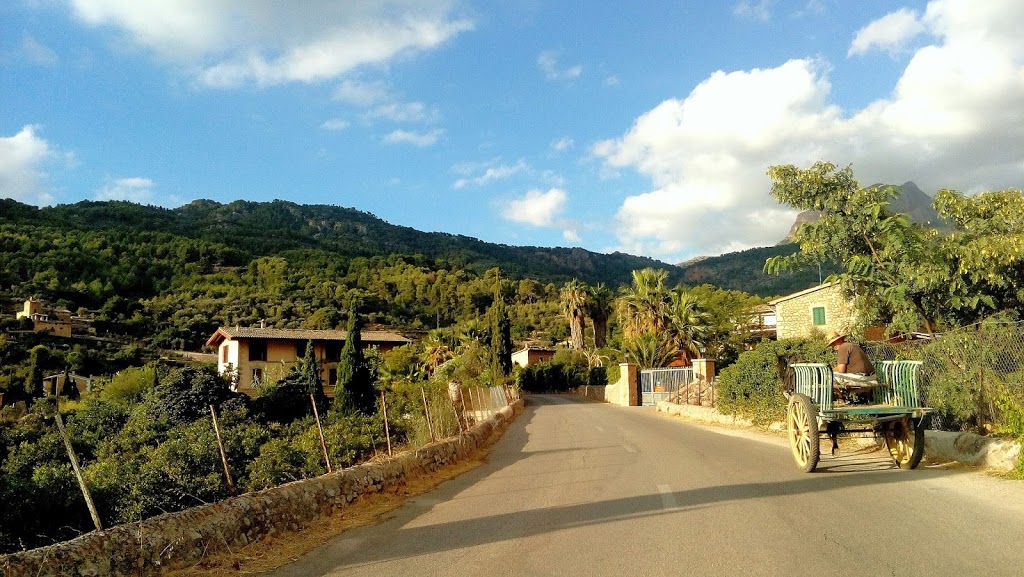 A Soller Valley mini review of 2017

Memories, golden and sad moments make up all our lives and it certainly has been true for me this past year.  The first story that has really amused me is all to do with speed.  This story was given room in the papers and on the media but much as I respect my fellow newshounds no-one got to the heart of the real story.
We have a 28-year-old man in Soller who loves to travel at vast speed. He loves to try and beat the overhead road cameras and traffic police. Sometimes he gets caught and fined and other times he doesn’t.  He really has an itch for vast speeds and really wants to be a racing driver in one of best European circuits.  One night recently he drove, at 1 am, on the straight road from the Soller tunnel to the Son Castillo Industrial estate at a speed of 256 km in a largely 60 km zone. He was immediately picked up on the traffic cameras and a convoy of traffic cops were sent to get him.
They didn’t get to him before he arrived home and when they got to his house they were politely invited in.  The driver had not consumed any alcohol and was not over the limit.  He agreed that he was guilty of the speed offence and said he was willing to be fast tracked to court. The hearing took place and the judge took into consideration his guilty plea and no alcohol or drug consumption. He also mentioned the empty road with no danger being caused to other road users at the time.
The fine was around 800 euros and a driving ban for 9 months and then some rehabilitation classes.  The driver was polite and co-operative at all times to all involved in the judicial system.  The whole point here was that he knew he was going to get caught but the game plan was to drive the fastest car ever driven on a Majorcan road. He wanted the notoriety and fame of being the fastest and the best. He has set the bar for the other speed merchants who play the same game.  He has found his fame and at the moment holds the record.
The Soller Tunnel has to be the other story of the year.  As you read this the Soller Tunnel will have been free to all users for a few days.  The party and cavalcade of cars that celebrated the 28th December’s prestigious date is now a memory.  It seems strange to think that the new generation of Soller Valley visitors will not even realise that anyone ever had to pay for 20 years just to get home.
My own personal memories of 2017 all centre on the death of my husband in August.  I have lived in a surreal world since then and have been grateful to my family, friends and many kind readers for helping me along the road.  We had been married for 35 years and so this new phase of life is a shock. I am very fortunate to be able to work and lose myself in words and that has been a huge comfort to me. I miss him and our funny old life together and now 2018 begins as a whole new world that I haven’t really planned for.
In Soller the future of 2018 is very exciting as more and more people come to live here and start businesses.  There are many who would prefer it if things stayed exactly the same as in the glory days they remember. That is most unlikely as new Hotels, Hostels and Guest Houses are opening up many more places for people to stay. The concept of year round tourism centring on the cyclists and walkers in the winter season is a huge growth area.  The Soller story is out there big time now with the success of films such as the Night Manager being shot here. The focus on our Soller Railway by Michael Portillo and his railway journeys’ programmes has brought hundreds of train buffs here to travel in his footsteps.  Then, as both these programmes were shown in the USA, Germany and other European countries the footfall has become even greater.
2018 dawns as an exciting new chapter for us all.  On behalf of all of us in the Soller Valley,Tracey, Rachel and I wish you a very Happy New Year.