Loading...
Skip to content
The sweet taste of success in Soller
Written by Shirley Roberts
Photographs by Rachel Fox
Published in the Majorca Daily Bulletin
Tuesday 20th December 2016
A new publication is available in Soller this week with a lot of publicity being given to the authors.  The subject matter is also conducive to conducted tours of Soller as the world discovers the life of Chocolate – Soller style. There was a time when Soller was the heart of chocolate making for Majorca and was ahead of its time in introducing this delicacy to Spain. 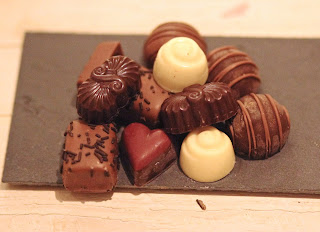 Behind the doors of the bakeries in the heart of Soller are many stories of the days when Soller was the centre of the Majorcan universe as makers of the finest chocolate.  I was in pursuit of a story about these rival chocolate factories this week and it took me to the Lluna and four other locations in the heart of our City.   The story starts with the returners from Puerto Rico who came back to Soller around 1900 after going off to the Spanish colonies when the orange harvests failed in the Soller Valley.  These young men learned many skills and acquired new tastes while they lived in the Americas and brought them back with them to Soller.  Chocolate was one of the tastes that they were convinced would sell to the sweet tooth of the Majorcan people. 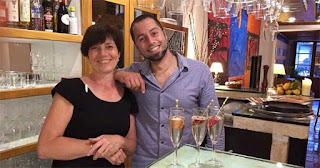 Unfortunately, it didn’t quite work out that way and the chocolate boys had to enlist the help of the medical profession.  The Doctors in the US claimed medicinal benefits for chocolate especially in the feel good endorphins that it was supposed to release.  Soller people were suspicious of this new taste and it was only after the Doctors explained that it was ‘good for your mood’ – in other words equivalent to Prozac that people started to taste it.   After that there was no going back and between 1900 and 1960 there were five chocolate factories in Soller, the last one actually closed in 1980. 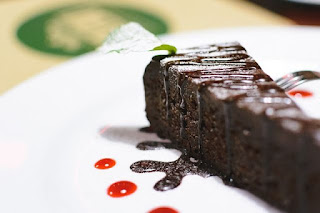 Lluna 36 is now a very fine restaurant but for 60 years it was the home of Chocolate Pina.  Pep and Margerite Pina made the chocolate by hand and used the locally produced electricity of Soller to heat it to the required temperature.  The machines were acquired over the years and the chocolate makers’ task grew a little easier.  The chocolate produced in Soller was exported to the mainland and beyond and the reputation of Soller chocolate was held in high regard.  At one time there were over 40 Artisan chocolate makers in Soller and French influences were added which brought nuts and nougat to the chocolate and kept them always ahead of their game.
The factories of Soller are now coming to prominence as the historians give them the honour they deserve.  To have an industrial life in the Soller Valley when the rest of Majorca was farming and just waking up to tourism put Soller ahead of the game.  Money and all the things that it could buy were here and some of the collective wealth was spent on art, music and culture. The interest now in the factory and production years is vast with the City of Soller running conducted tours of its Chocolate producers and their premises. 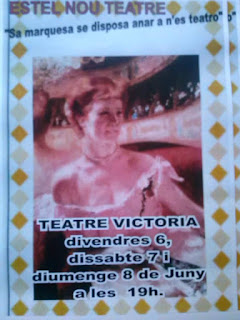 In spite of all this there is one thing that Sollerics do not have and they desperately want it back.  In its hey day Soller had fine theatres and cinemas and productions were held here every week.  The theatres fell into disrepair and years have been spent arguing about refurbishment and demolition. The word is out that one of these fine buildings is on the verge of being given back to the community in a renovated form and would bring back a true theatre to the Valley.  There is a lot of work being done behind the scenes on this one and we are all cheering them on. 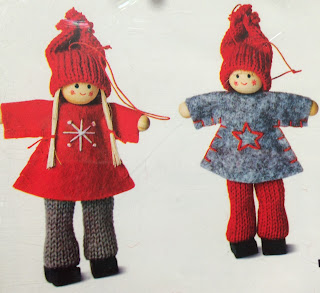 As this is the last Spotlight on Soller before Christmas we must turn to all things festive.  Every day there is a concert, performance or children’s activity and the main focus is around this coming weekend. Soller loves Christmas and the City looks very festive and is in the mood to party. The Church is very important on Christmas Eve and the main churches of the area will have services with the singing of the Sibil-la.  This is a very dramatic chant sung by a young voice dressed in a robe, cloak and hat and carrying an upright sword for the duration of the song. This Christmas tradition has been banned and reinstated and is now much revered as a Christmas tradition.  The translated words are all about death, doom, destruction and judgment day.  I think I will leave that right there and wish you instead a very happy Christmas and a joyful New Year from all of us