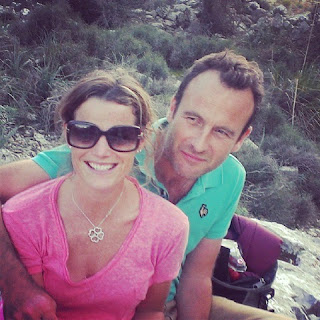 The shooting of Jean Charles de Menezes in Stockwell, London in 2005 was the trigger that brought Nina and Matt to Soller.  The horror of the killing and the aftermath for those living nearby had a profound effect on them and gave them their eureka moment. They had enjoyed so much of living in London where Nina was an Events Organiser and large scale catering Chef. The capital had been their playground for 15 years and work and social life was great. Matt was fitting carpets for the fine houses of London from the family carpet firm and lack of work was never a problem.  Both of them spent many hours a day travelling to clients and functions and increasingly their lives were being disrupted by delays, fear and the kind of policing that shot Jean Charles de Menezes.  They decided to take time out to think about the next phase of their lives and where they wanted to be. 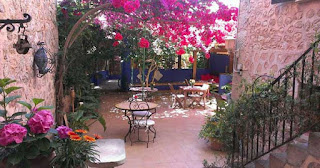 Hospitality and customer service were the two skills that Nina and Matt could bring to any party so the race was on to sort out a new life. Visits to locations in Europe happened to check out the Bed & Breakfast Hotel options and an Italian decision was on the cards.  An invitation to visit Majorca, an island that neither of them had ever visited before happened. A week spent in Palma, Alaro and Soller gave them food for thought as they were surprised to have found an island so beautiful and inspirational.

A Soller business advertised on the internet caught their eye and a few weeks after their very first visit they were back in Soller.  Within 48 hours they agreed the deal which was to see them becoming the owners of Casa Bougainvillea, a bed and breakfast hotel in the City centre of Soller.  The deal was done in February 2006. Nina and Matt have just celebrated ten years of living in Soller and welcoming hundreds of people through their fine establishment.

Life over the past ten years has seen them learn all there is to know about running a small hotel.  They have settled into the heart of the place and are proud to call themselves Sollerics. Their two sons were born here and they have known nothing of their parents’ London world.   All they know is their place in the universe surrounded by the Tramuntana Mountains and the beach as their playground. The physical, outdoor world of the Soller Valley suits this family so well that they now can’t believe they ever had a city life. 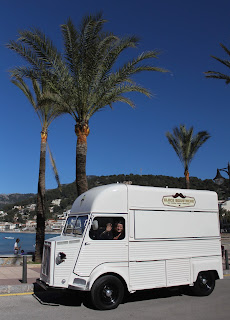 As for Nina she approached her ten-year anniversary of life here looking for a new interest to add on to the master plan.  Her early life with limited money gave her a love of old, classic cars.  She reminisces fondly about the VW Carmen, Porsche 911, Citroen Dolly days and looks forward to adding an 80’s Merc SL to the Soller stable. Into this mental mix came the thought process that brought Glace Moustache to Soller and to the TV screens of the world. Nina had a vision of an old fashioned ice cream van working the streets of the Port of Soller and started the research to see if there was anything out there that fitted the plan in her head.
In Belgium a lovingly restored 1964 Citroen HV Van in immaculate condition was being advertised. Glace Moustache was the name and it was currently doing great service selling home made ice cream at children’s parties and European festivals. Nina made the trip to Belgium and bought the beautiful Ice Cream Van and made all the arrangements for it to be brought to Soller.  Nothing like it had ever been seen here before and its arrival caused great excitement.  The rules are the rules and for the first few months Glace Moustache had to live in a garage. Not one wheel could be put on the road without all the paperwork in order and the process took months.
Then Glace Moustache was ready to fly and it chugged its way round food festivals and private parties of Majorca. The Van was used as a cocktail bar and cup cake house as well as a good old fashioned ice cream van.  Every Saturday sees Glace Moustache in the Soller Market selling cupcakes, drinks and snacks.  It occupies the space opposite the station that many visitors arrive to.  Glace Moustache makes people smile and its clean, old fashioned lines makes them reminisce about the ice cream vans of the past.
Nina and the van have had a great time this past two years and add many events to the list of Glace Moustache’s experiences.  The Footballers wedding in Deia where the ice cream was a huge hit was one and when ITV called was another. They were filming Celebrity Love Island here in Majorca and ice cream from the van were part of the treats for the crew.
This van is no stranger to being filmed and the calls come from all over Europe.  The only problem is that she doesn’t move very fast and chugging around Majorca is fine for her but going transatlantic to answer some of the film calls are proving trickier.
Palma pictures were introduced to Glace Moustache and she fitted their profile for last year’s filming of The Night Manager. Last spring Palma Pictures rolled into the Port of Soller and used it as their base to film from Deia to Soller with many beautiful sea shots in between. 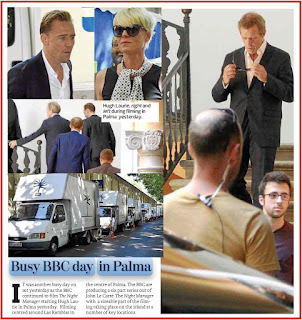 The scenes shot on the Port of Soller corniche were Glace Moustache’s big moment. The ice cream van in the story was where important information was exchanged by the MI5 people. All the fine actors were there and all were being served ice cream from the van as an integral part of the story. The actors Tom Hiddleston as Jonathan Pine and Olivia Coleman as Angela Burr were part of that story line which gave priceless publicity to Glace Moustache.
Next week the van and Palma Pictures get together again for another filming and the future for our van is very exciting. The people of Soller regard this vehicle as their own and are very proud of its appearance on the TV and film screens.  As for Nina she is having the best time working with the imagination of the set directors as to what they want the van to be this week. Her desire for a new project to work alongside her very successful B & B has come to fruition.  What is next for Nina’s book of projects is the question we are all asking ourselves.  There is no logic that sends you across Europe looking for the perfect Ice Cream Van so with that in mind anything is possible. I wonder if the Classic Cars Soller is the next on the list for this enterprising crew. 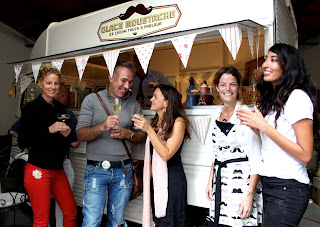 Nina and Matt and their family are living their life to the full here in the Soller Valley. They are here because they want to be and they left London when it no longer worked for them. Relocation hasn’t stopped the imagination and now the beneficiaries of Nina’s creativity is Soller and the rest of Majorca. 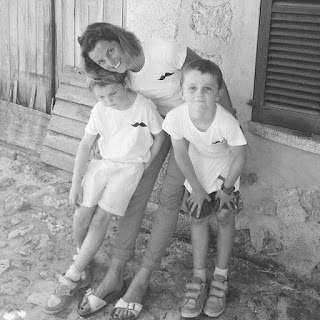 If you see Glace Moustache out and about slowly making its way between gigs give it a wave and smile because it is definitely smiling at you.
.