Make peace with your past – Is it possible with Japan ?
Written by Shirley Roberts
Published in the Majorca Daily Bulletin
Sunday 23rd August 2015
Photographs by Rachel Fox 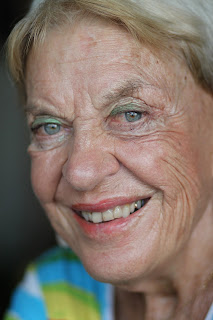 Femke Young is a resident of Portals Nous.  She has a long history with Majorca and the Balearics having arrived in Formentera to sail in 1957.  She was an avid sailor and did this alongside her training to be a Medical Doctor.   She was a grade A student with the world at her feet but then it was her first husband’s promise that they would sail the world together which diverted her from her studies as they headed for Iraq and Afghanistan.  The snow was impassable in the car they were using when they couldn’t get any further by sea and the adventure came to an end.  The car was shipped home to the US followed very shortly after by the two of them with a grown up life to get on with.  Femke is a lady with a mission to enjoy what life offers and relish the good in every day.  She turned away from an ugly past and made the best of an interesting fulfilling life.  She has two sons of whom she is extremely proud and grandchildren that she simply adores. Her life overlooking the sea at Portals Nous is one of contentment and good memories for she lives in the apartment that her mother called home for many years.  She is surrounded by family portraits, pictures, silver memorabilia and material still bearing her mothers stitching. 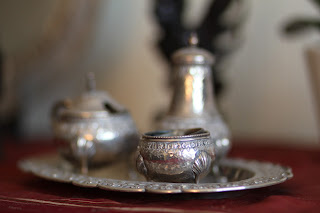 Femke was born in Indonesia and was fourth generation with family originally from Holland .  She lived a privileged, colonial life in a beautiful home run by staff.  She and her brother Erik had devoted parents and an idyllic childhood with everything they could wish for in Bandoeng , Indonesia . Dad held a senior position as the President of the Railways and as a family they were content.  The world stage was erupting and in 1942 the Japanese bombed Pearl Harbour with Indonesia being attacked in March.  All the non Indonesians were rounded up and taken to prison camps.  The only criterion for incarceration was to be foreign but the fact that for four generations this family had lived in Indonesia saved them for a short while.
Dad was arrested first as a political prisoner.  He was accused of assisting the bank to get their gold out of the country and on its way to safe keeping in Australia .  This may well have been true as he was also offered a passage out of there on a boat to Australia .  He turned down the offer because he could not take his family with him.  For three months the family watched anxiously as the house opposite them was taken over by the Japanese equivalent to the SS.  They were under scrutiny now and the day came when the family were told that Dad had been found guilty of all crimes and was due to be shot the next day.
That day began the life that was to be as different as it was possible to be for this little family.  They were herded up and taken to the first of many prison camps where the only rule was deprivation and cruelty. Femke’s mother was an optimist and believed that this situation would be short-lived and that Holland or England would liberate their citizens.  Her mantra was that they must be brave for three months because that’s as long as it was going to take for help to arrive for them.
Three months extended into six and then a year and then hope began to fade of any immediate end to their new lives.  They lived in very cramped conditions with a tiny kitchen and a toilet with an open sewer.  Disease and illness was rife and there were no medical supplies so children died of infections that could have been treated.  There was a soup kitchen and basic rations were given each day to the prisoners.  Femke’s mother became obsessed by making sure that her daughter had calcium and iron in whatever form she could.  The one egg a fortnight that was allowed was a very precious commodity and resulted in the egg shell itself being ground down to fine powder and eaten for a calcium intake.  Dirt was collected and sieved and any particles that clung to the magnet that Mum had was considered to be iron and was eaten too.  The inventiveness of these mothers was outstanding as was their desire that the children should continue their education in these awful circumstances. 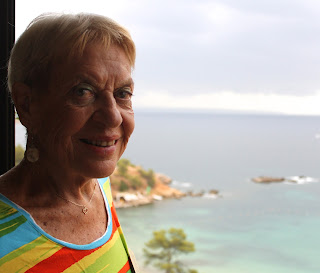 They were not allowed books, pencils or paper but a black market supply was found and paid for and the children had a book they could write in, a pencil and a rubber.  As each page of work was marked they rubbed out the writing so that the page could be used again.  The paper in these books became thinner and thinner and eventually went into holes. Everyone knew what the consequences were if they were caught writing or learning with a teacher.  The conspiracy of silence was cultivated very quickly by all the mothers and children in that camp.
The day came when Erik was old enough to be taken from his mother and sent to a boy’s prison camp.  At 14 years old he was taken along with others of his age and left their mothers distraught.  No-one knew if they would ever see one another again.   The cruelty was obvious but it was also the subtlety of mind games.  The moving around from camp to camp became the norm.  Once a routine and a little stability were established they would be uprooted again and their mattresses would be sent ahead to the next camp.  The mattress cover was very important and Femke still has today the cover that her mother sewed to make their mattresses identifiable.  Some ladies tried to hide things in their mattresses but the guards easily found the personal treasures hidden in them and the women were beaten and in some cases killed. 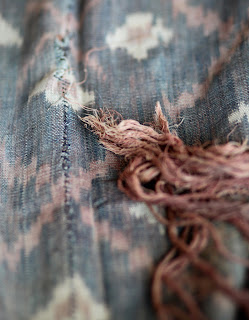 Living by the cruel rules of a dictatorship, standing in line and being pathetically grateful for each crumb was Femke’s life from the age of 7.  She outgrew her clothes and shoes and although there was an exchange system going on between the families she often had no shoes and clothes that hardly fitted.  The mothers worked hard at focusing on their children and imagination was one thing they had in abundance.  They talked, sang, recited poetry and played with each other to keep their minds from sinking under awfulness.  They knew, because they were told, of the awful tortures and indignities that prisoners in camps were being subjected too.  The hard physical work the adults were expected to do with little to no food to sustain them was the norm together with the lack of respect when they died.
The Japanese surrender eventually came after the bombs were dropped on Hiroshima and Nagasaki . The prisoners were freed but all around them was chaos, bitterness and confusion.  Femke – now aged 10 – returned with her mother to their house which was completely trashed. The delight of the homecoming was to be reunited with her brother and also with her father.  The cruelty of telling the family that her father had been shot was all part of the meanness of the experience.  In fact her father was one of two of the group of 42 political prisoners taken from the railway company who survived.  He had been brutalized and his torture stories were too much for most people to hear.
Femke’s life thereafter included being repatriated to Holland and educated in America .  Her parents both died in their 90’s and her brother continues to live an interesting life in Paris .  This family have had their Indonesian roots shattered and found their place in the universe in Europe after the war ended for them.  Femke’s mother settled in Majorca and lived over half her life here.  Femke too made a connection with this island from the 1950’s and has lived here for the past 15 years. 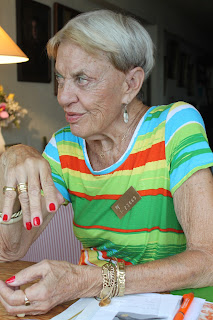 A few months ago a letter arrived which has made Femke revisit her past and spend time with thoughts that were buried.  The Japanese people are remembering the end of their war and the nuclear bombs that changed the outcome for them.  The Japan-Netherlands Peace Exchange Programme has been created and significant people who were imprisoned have been invited to take part in ceremonies in Japan in November 2015.  Femke is one of 18 invited guests who are to contribute to a ten day reconciliation programme with the emphasis being on young peoples understanding of the past.  Femke herself has been asked to address the students of Chuo University in Tokyo and answer their questions. The visit will include locations in Tokyo , Nagasaki and Kitakyushu and is a full working schedule.  The organisers have respect for the age of their visitors but are very anxious that their story gets told.
The assumption by the organisers that everyone wants to forgive and make peace is a very bold one.  Femke’s memories of the cruelty of the regime and the deliberate suffering inflicted are very clear to her.  She is also a highly intelligent woman who realises that the past must teach the future its lessons so she is willing to go and contribute. She is testing herself in the process and learning just how far she has come from those days that shaped her life and the experiences that made her the person she was to become.
Anniversaries and commemorations have their place in society and all of us should be grateful to those who are willing to share their stories and listen to others from the other side do the same.  Will it change anything?  I can’t answer that but I applaud Femke’s motives and wish her well on this epic journey.  I will be delighted to talk to her again on her return later this winter and tell you of her experiences and conclusions.
Femke’s story was told in part by Wendy Peters in 2008 for this newspaper.  My contribution is an update as life has moved on and significant commemorations make us look at this era again.  There is so much more that can be told here – maybe there will be a book one day of the fascinating life and insights this lady has.  It has been a privilege to be part of it.