The Police, the Race and the Weather in Soller
Published in the Majorca Daily Bulletin
Tuesday 18th August 2015
Photographs by Rachel Fox
This week our lives have been dominated by the three key words in the title of this piece. The Police of Soller were augmented by colleagues from France .  The Gendarmes were welcomed at a special reception in the Town Hall on August 11th and mark the regular collaboration that happens at this time of year.  The language of Soller is as much French as Spanish in the month of August and this is all to do with the Sant Bartholomeu Fiesta and the history of our City.   The Soller Valley and France are linked by the open sea from the Port of Soller which was the ‘golden route’ of the past.  Oranges , olives, textiles and silk were shipped from the Port to France and beyond and linked up with the many Sollerics who were exiled to France when the harvests failed.  This created the huge Soller/French trading community which still exists strongly today.  Many French Sollerics own property here in the Valley and return for the Sant Bartholomew Fiesta from 20th to 24th August each year. 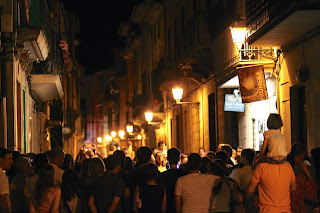 Our French returnees are very respectable people and not known for rowdiness or trouble but they like the fact that if they need the assistance of the police they can talk to one of their own.  This collaboration has existed for years and joins the efforts in Arenal of the German police who are there to help their citizens on holiday.  The big publicity that has been given to the two members of the UK police force helping out in Magaluf amazes us.  Why is this news?  It’s been going on all over the island for years.
The City of Soller holds a race the week before their fiesta starts and it is part of the build up to the important week.  The children have their race and all the other categories are represented.  If you are over 40 you are considered a veteran runner and Soller has plenty of them!  This race has grown over the years from being a very local race to one that incorporates runners from all over Majorca and beyond.  The registration process is done on line via a central site with proper record keeping of the runners and their times so no-one can be economical with the truth about their race time.  The centre of the City was very festive as the winners stepped up on the podium to receive their prizes (a piece of Soller pottery) and the Batucada made some noise.  The loudspeakers, the drums and hundreds of supporters in the square made this the only place to be on  Sunday morning.
You might be interested to learn of the first Biniaraix Film Festival which took place last Friday.  For a small village on the outskirts of Soller this place has more resident actors and film directors than should be statistically possible.  As part of their Fiesta last week they launched the first film festival of local film makers and directors.  This was a great success and plans are underway to repeat this event and begin planning an even larger onefor next year.  Cannes , L.A, Paris and now Biniaraix – you read it here first. 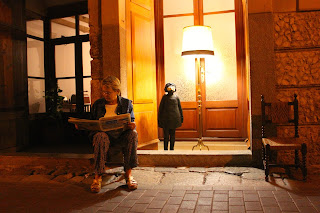 On Saturday night the rain of the day cleared just in time for the ‘Nit of the Art in Soller’.  Art in all its forms were represented in the galleries, shops and in the main square.   Many local businesses hold parties to coincide with this event and music from DJ sets to live musicians were very much in evidence.  This is one of the occasions that Soller does extremely well and everyone was delighted that the rain held back and allowed the evening to shine. My walk home around midnight took me into a film production set at the top of my road.  One of the local bars was being used as a location for a TV series and it just enhanced the feeling that Soller in all its artistic forms is a great place to be. 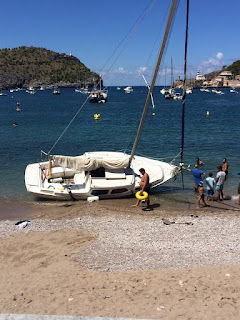 At 2 am on Sunday morning the rain and special effects God decided that it had been kind enough to Soller in allowing their Arts night to continue without interruption.  The lightening flashed like it was the end of the world and the mountains were blacked out by the volume of rain that fell.  The tornados that raced into the bay were a sight to behold and I doubt if there was anyone here who slept through this.  The noise, the flashes and volume of rain was just phenomenal.  At 11 am on Sunday a message was sent out by the Town Hall to say that teams of staff were working in the Port to clear the debris and that heavy lifting equipment was needed to lift trees that fell and asking for the public’s patience.  Some fields are flooded and it will take 24 hours to see where the water level goes before draining.
The City of Soller has had a great wash before its main Fiesta of the year starts on Thursday.  Do come and join us – we are going to have the best time.  Look on the Calendar onwww.sollerweb.com for a daily breakdown of Fiesta and other events.