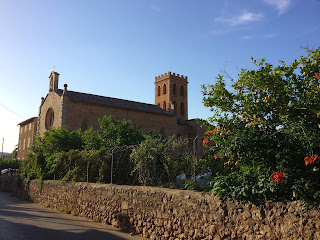 The L’Horta area of Soller occupies a different place in the heart of the hinterland between City and Port.  It is the place that the tram stops without ringing the bell and the place where the tram fare price changes.  These little peculiarities are very important to the residents of the area and mark the place out as being different.  The main reason for the ‘specialness’ is the part this area played in history as it was here that the Valiant Women of Soller hailed from.  These were the ladies who saw off the Moors and killed their leader by chucking him out of an upstairs window. It is to their house in the street of Tamany in L’horta that the great and the good go every year to celebrate the Fiesta Mass that starts the battle celebrations of the Moors and Christians each May. 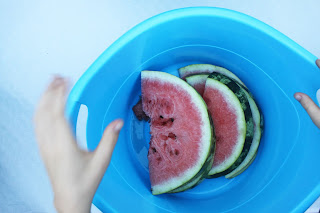 This weekend saw another return to tradition in L’Horta and it was all to do with their fiesta.  The last couple of years have seen demographic changes and some of the main volunteers for fiesta organisation had moved on.   No L’Horta fiesta and no celebration of the melon had been the order of the day.  Fortunately this year all that changed and new residents formed a committee and an impromptu Fiesta was created with huge new ambitions for next year.  The pride of place was given to the Church of L’Horta – known as the Victory Church and to the watermelons.  The melons represent the fact that this used to be the superior horticultural area or market garden of Soller and the land is very fertile.  Melons grow in abundance and the watermelon eating contest has always been a feature of this fiesta.  Tables are laid down the street and the roads eventually run with melon juice as the competition heats up.
The music and dancing outside the church started the proceedings and then it was open mike all the way through to the small hours.  The communal supper brought everyone on to the street and many plans were made to do it all again next year. Many new families have moved into this area and some of them have pedigree from the BBC.  I would think that the street decorations, posters and set designs might look a little different in 2016 with a year to prepare.
A little higher up the mountain from L’horta a little church hides away – La Capelletta and its gothic glory is waiting a new generation’s discovery.  This church is claimed by the people of L’Horta as their second church and the place where many of them married in the past.  These days it is looked after by two nuns who are running a training centre on the same site.  The history of the Capelletta church has just been published in Spanish and makes fascinating reading.  These little churches existed because the people of a different era had difficulty in getting into Soller or down to the Port to the main churches of the area.  It could take hours by donkey cart to do that so a series of small family chapels were built.  Many of them fell into disrepair but Capelletta survived as a monument to the past and a secret church of the proud people of L’horta.
Meanwhile another little church between Soller and Deia is fighting a big battle.  The Castello Church is another little chapel that had fallen into disrepair and dereliction.  This site is considered very important for the history of the area and central government money has been used in its total renovation.  We have watched the work and can see why the people who want to get married in it next year have made that choice.  However the controversy is now gathering momentum as this church is situated on the GR221 path beloved of walkers in the area.  The route is now closed at the Cami de Castello while the works overflow onto the path from the church.  This is a temporary state of affairs until this phase of the work is complete.  Walkers in the area have come across problems because there is no alternative route and the landowners of the area are refusing to let the walkers through. Deia town council and local people have been in discussions and hopefully a compromise might be reached.  The public footpaths are fiercely protected here and locals are not happy about this closure – no matter how temporary. 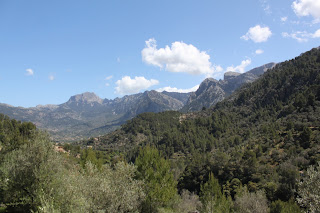 Churches, melons and controversy are the story of our week in the Soller Valley together with the searing heat– all part of life’s rich pattern of the summer in the Valley.