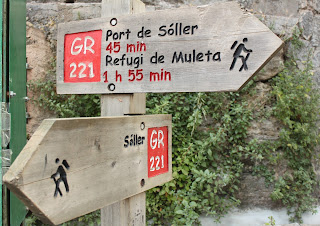 The mountains that surround us in the Soller Valley have many tales to tell.  If you look up to the Puig Mayor and the round white ball on top of it you might wonder why its there.  It is all part of the listening station that was installed years ago when the cold war meant that our friends from the US wanted to know what people were saying about them.  These days the installation is used by the Spanish military and they are equally interested in what is being said about them in Africa .  Would it surprise you to know that high in the mountain on the military base exists a two lane bowling alley?   This was built as part of the R & R facilities for the people stationed there. The life of the base and the City of Soller became intertwined for some years.  As a result many local Soller girls married men from the US and went to live with them in America .  Many of that generation are now on their way back here in retirement and add a US dimension to our cosmopolitan City. 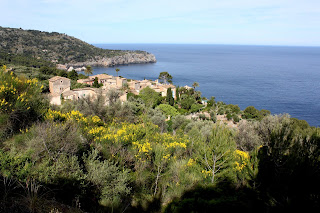 Route GR 221 is growing and the ‘work in progress’ is amazing.   The ambition is to link 271 kilometres of the Tramuntana mountain range and make it accessible for walkers. At present 167 km is open to the public and signposted.  At the end of each section there is a mountain refuge belonging to the Consell de Mallorca where you can rest overnight and be fed!  It is best to book your place in these shelters in advance of your trip – they are very popular.  The dry stone walks are becoming increasingly popular since this area was given its status with UNESCO.  The skills of the Moors in a bygone age taming the mountain landscape and collecting in stone channels every drop of rain water that fell is the reason that the Majorca that we know and love exists today. The Soller Valley is particularly blessed with much of its share of Route 221 open for business year round. Stout boots and walking poles are the uniform of the mountains and a backpack full of essential supplies, particularly water is the order of the day. 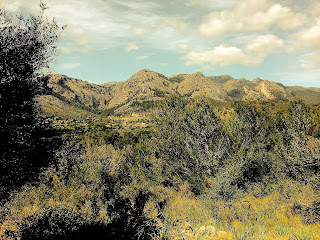 The summer brings out the Mountain Pop Ups and these are the hot tickets round here.  The parties in the Allotments up the mountains are legendary and a glimpse into another world.  Many Sollerics live in apartments and town houses with little outside space.  Their weekends, however are quite different for many of them own a slice of land known as an Olivar in the mountain.  Sometimes these are accessible by car or by an off road buggy.   Alternatively you drive as far as you can and then walk the rest.  The Olivars are strictly controlled and usually have a little house which in days gone by might have been a shepherds hut plus a lot of land.  Olive Trees are the main crop on these lands plus figs if you are really lucky.  The rules say that you can renovate these little houses but you can’t increase their size.  Inventive architects over the years have created mini palaces in these spaces with swimming pools in the water tank and many more innovations. They lend themselves to great summer party places and have been known to go on until the food and drink run out – which could be days…
Soller, like the rest of Majorca had its swearing in ceremony for the new Mayor on Saturday.  Soller has gone ‘left’ with a combination of MAS and PSOE controlling our fortunes and our Soller way of life.  The chattering classes here are fascinated by the promises of reform and concentration on the people that have least in our community. Major projects like the Naval Museum , Submarine and new Auditorium at the watersedge in the Port of Soller have not been mentioned yet.The early work on this project involving the Ports Authority and the Balearic government was all put in place months ago but no green light was given until the results of this election was known.  Will it all happen now?  The apartment owners of the Soller Valley are hoping for good news about the ability to let their properties legally as holiday lets under the suggestion from the new parties that there might be a way round this problem.  Early days and open doors is really all that can be said at this stage but every action and word from the new Mayor Jaume Servera will be weighed in the balance over the coming weeks.
In the meantime it is summer and the Fiesta season is starting with a vengeance.  Deia celebrates St John and the Port of Soller loves St Peter .  Music, dancing, mayhem and fun are what life is all about for us for the next few weeks.  Let the good times roll…