The Fiesta of San Juan 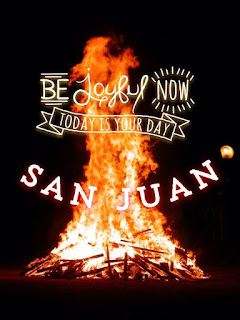 The eve of the Fiesta of St John held on 23rd June each year is a very special, magical, mystical night. It is known by many names including the Night of Fire, Night of the Witches or the Night of Magic. The link with the beginning of summer and the summer solstice gives it a special dimension and the act of passing from darkness to light is emblematic

St John was the saint that baptised Jesus and for that reason the water side locations claim him as their own. At midnight of the Eve of St John people take a swim or a paddle in the sea to symbolise purification and cleansing. It is said that your ailments will disappear and that your sins will be forgiven if you perform this ritual. Dressing in white and joining with many others doing the same thing is also very important.

The beachside picnics and barbeques are legendary and the authorities seem to turn a blind eye to the bonfires on the beaches for this one night in the calendar. Candles with their direct flame to heaven are used on the beaches too and sent out on little floats to sea taking with them the prayers of the faithful. Writing your prayer on a piece of paper which is thrown into the flame is also said to bring you luck. 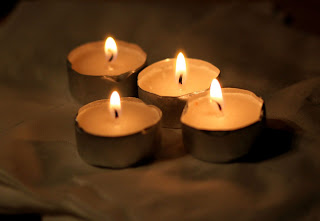 On 24th June – the day of the Fiesta of St John many part of Spain have a Bank Holiday. More ceremonies take place including the one that has the visitation of Sant John Pelos who performs a peculiar dance with a giant crow…

Deia has a whole week’s celebrations for St John because he is their patron saint and the church is dedicated to him.