The times they are a’ changing in the Soller Valley

The law changed recently and incomers to Majorca and the rest of Spain had to consider their health care options. These days the only people who can avail themselves of the excellent health care in the national hospitals and local health centres have to fulfil certain criteria. They have to be employed in Spain with a contract or self employed and paying the autonomous subscription each month or be retired. Outside this framework when newcomers arrive they have to prove they have private healthcare in place – fully paid up. This is the norm and part of the package of decisions that have to be sorted when people are making their relocation choices. 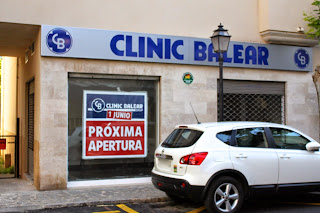 In Soller to access private facilities on the doorstep giving all the services of a local health centre has not been possible and people have been grateful to the individual private doctors who work here. This is all set to change as the business model that has been created in Soller is the start of a huge new medical world. On 1st June 2015 a new medical centre opens in Soller in the L’horta end of the City. This is a private clinic which will employ seven staff and offer private GP services. The arrival of an x ray machine and a small radiology department is a huge innovation. It will have its own ambulance to take people to the hospital which increases the ambulances available in Soller by 100%. This clinic will occupy a space of 200 metres and they have announced from the start they are looking to grow all their services once they get underway with ante natal care being the next expansion. This is being welcomed by the City fathers who see that it will offer excellent medical services in Soller that people have previously had to travel to Palma for. We are all watching this development with great interest. 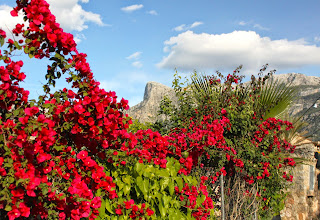 In the meantime the new health centre under renovation in the Port of Soller is almost finished. The creation of this centre is a couple of years late owing to a little history about it’s location but it is soon to open. Created, with lift access above the Lapanto public car park it will offer much more to the residents of the Port than they have ever had locally before. The ever expanding population of this area means that the local politicians that were elected this weekend have got a constantly evolving situation regarding healthcare to put in place. This week at least ends with two improvements to the overall situation. There are some here who are anxious that the Soller Valley has its own hospital and are hoping that a private clinic might be on its way. I couldn’t possibly comment except to say that you read it here first… 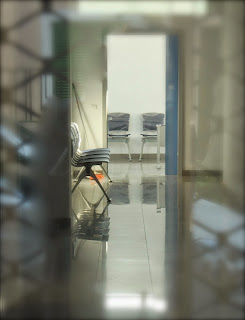 Next weekend marks the stand off between the old and the new drummers of the community. In Soller we have a wonderful, traditional music school and many local children benefit from this outstanding facility. The Xeremiers of Soller with their traditional instruments and drums have been at the heart of local music for centuries. They have been augmented this last year by the arrival of the Batucada drummers who bring with them the sway of the samba beat and an altogether different sound led by the whistle of the Batucada Master. The Batucada is a sub style of samba and refers to an African influenced Brazilian percussive style, usually performed by an ensemble, known as a Bateria. Batucada is characterized by its repetitive style and fast paced samba beat. . You can imagine that it took a bit of compromise for both music methods to be accepted by the other. This Satuturday on 30th May 2015 they all come together in Soller to work and play together. The Batucada and the traditional drummers’ from Soller, Fornalutx and Bunyola are joining forces and are going to make a joyful noise in Soller City Centre from 11 am. What a great morning that will be and the opportunity to dance in the market square on a Saturday morning is just great. This is all going to be such a pleasure, huge noise and a blending of the musical styles of Soller. Well done to all the parties involved for working together.

This is the only place in the world for me next Saturday morning – I do hope you will join us here in the musical Soller Valley .