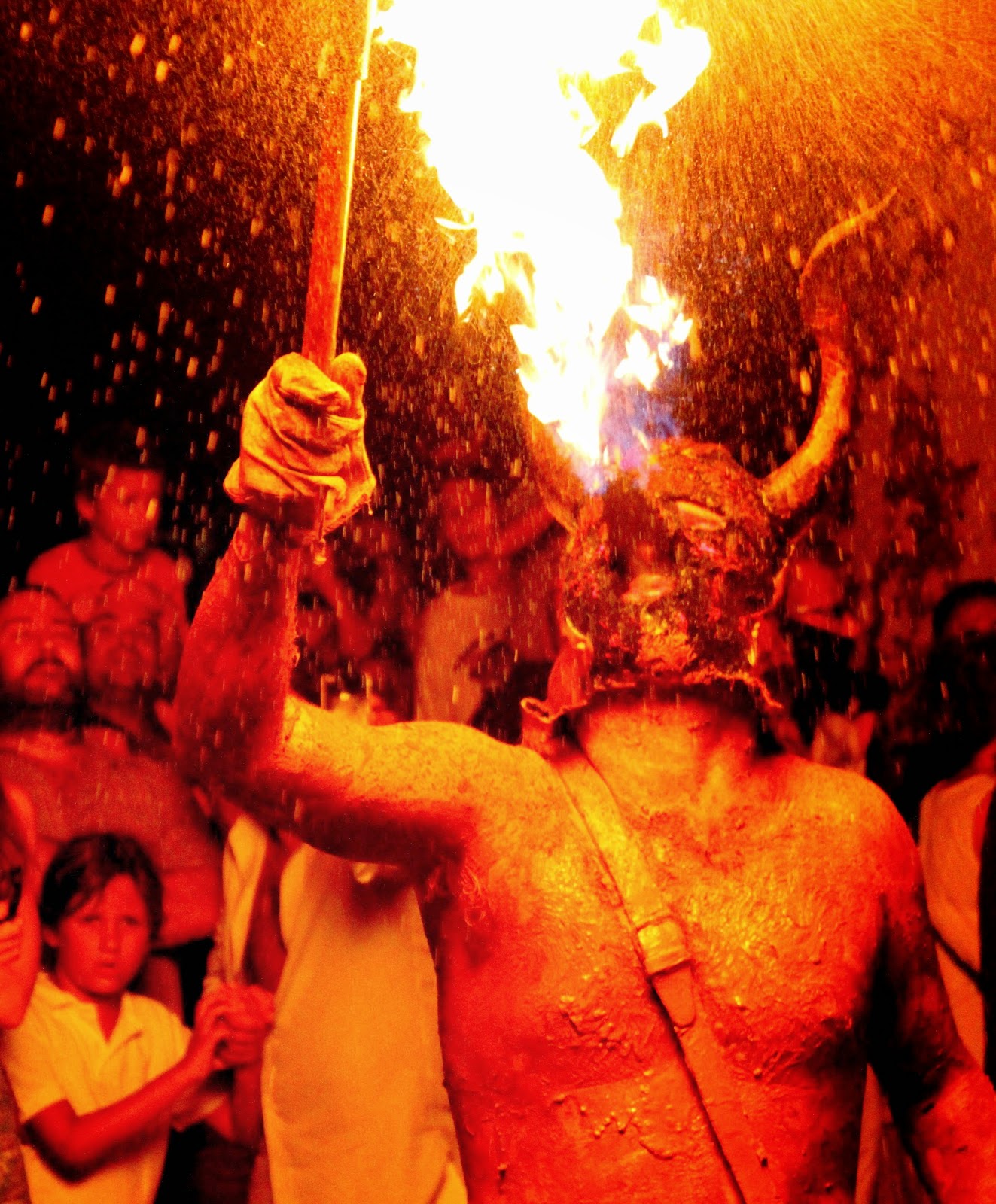 THE FIESTAS OF THE SOLLER VALLEY

The Fiestas and celebration days of the Soller Valley give a form and tradition to the year. Everyone local knows what to expect of the Fiestas and what they are celebrating or commemorating.

The Catholic Church calendar is the key to many of them and also the veneration of the Saints is a very important reason for the remembrance of dates.

The Bank Holiday calendar in Spain focuses on National holidays which are observed country wide, Balearic Holidays celebrated in the three Balearic Islands and local holidays celebrated in the local cities and towns.his is also the guide for the fiestas of Spain – some you will find every where and others only in the relevant City. A prime example of this is the Moors and Christians Fiesta celebrated in Soller and its Port on on 11th May each year. This is a huge celebration locally which is televised and given publicity all over Spain but it is only here that the recovery day Bank Holiday is granted.

There is a fiesta of one size or another in the Soller Valley every month. Christmas, Three Kings and Sant Antoni are the big ones of January. Carnival parades and mayhem look after February. March or April is usually taken care of by Easter and its four days of parades and observations. May is given over to the Moors and Christians battle and the week long calendar of events that lead up to the big day. June and July will bring in the beach side celebrations to honour St Peter the patron saint of Fishermen. August celebrates Sant Bartholomew the Patron Saint of Soller and is another week long affair leading up to the run of fire with the devils being cast out. In September Fornalutx has its own fiesta with days of events and the only live Bull Run in Mallorca. October welcomes Halloween which is gaining in popularity in this area and then the All Souls and All Saints celebrations of the dead in November. December begins the many observations of Christmas including Bank Holidays for the Immaculate Conception and Constitution Day.

This gives you a clue about the life of the Valley in the way that the year unfolds and gives people the opportunity to be part of the traditions of their past. Every generation celebrates these events in their own way but what is most common is the large family gathering on these dates with lunchtime tables overflowing with people gathering for the occasion. There was a period in Spain’s recent history where gatherings of people were considered suspect and not encouraged. Since 1974 as democracy has flourished in Spain the people love to celebrate their right to gather in large groups and talk freely. The Bank holiday gatherings prove this time after time.

The fiestas exist whether there are visitors in the Valley or not. They are not tourist entertainment but local celebrations of important dates and saints. Local people are delighted to share their fiestas with visitors and will take time to explain the significance to all that ask. The only thing that they ask of you is to respect their traditions and follow their lead in observing a few rules. The most important one centres on the Easter parades. On these dates the parades are very solemn and led by a mournful drum. The local people gathered to watch the parade will do so in silence and this is obligatory for them. The visitors who do not know this rule often chatter away and are met with very unfriendly stares. You will be fine if you just take your lead from what is going on around you.

The Fiestas are a huge part of the life of the Soller Valley and its residents. Holiday makers understand this and make their reservations accordingly to either include them or avoid them! The Fiesta thrives in the Soller Valley, locals love them and they are delighted if you enjoy them …. Happy Fiesta…