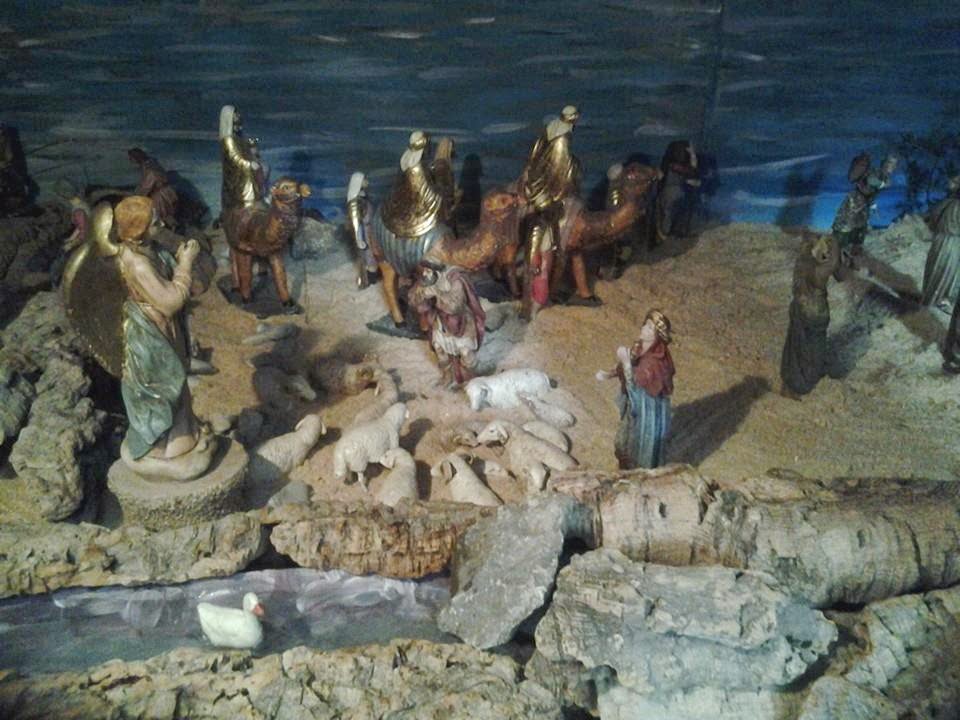 Christmas is considered a religious observation in Soller and there is a huge Church attendance and family meal on Christmas Eve to celebrate.  Spanish children expect a visit from Santa Claus but they know that the gift he leaves is just a little taster for what they can expect when the Three Kings visit on January 5th.  The ceremonies in follow the Church Calendar and pay great emphasis on the gifts from the Kings that were presented to the Christ child. The visit of the Kings is enacted in every City, town and village in .
The sees the arrival of the Kings and their Pages from the sea.  Crowds of excited children gather at the pier in the Port at 3 pm to witness the boats bringing the entourage.  The Kings sit on thrones at the quayside while the children talk to them and tell them what they would like as a gift.  The Kings then process with all their helpers to the Ramon de Penyafort Church in the Port distributing sweets to the gathered crowds. A service takes place in the Church at 4.30 pm after which the Kings travel (by tram) to the City of .  They arrive there at 6 pm.
The procession in Soller is a great celebration with all the local schools making themed Christmas floats and many local children dressing up and taking part.  The Kings – often on horses or donkeys head the parade and they accompany all the school floats and other exhibits.  The Town Band adds its joyous sound to the occasion and it is a lovely place to be on that happy night.
Excited children then go home to put out an offering to the camel on their doorsteps – for it is a King on a camel who surely delivers the present to the door.  Some children receive their gift directly from the King as he sits after the parade in the square.  Which ever custom is adopted the children in wake to a pile of presents on the 6th January.   The 6th of January is another day of family festivities and fun for the children and a Spanish Bank Holiday.
So to recap
5th January 2015
15.00 hrs    Kings arrive by sea to the
16.30 hrs     Sant Ramon de Penyafort Church welcomes the Kings and holds a service
18.00 hrs    Kings arrive in Soller and lead the City procession
6th January 2015
Spanish Bank Holiday – A day of family celebration