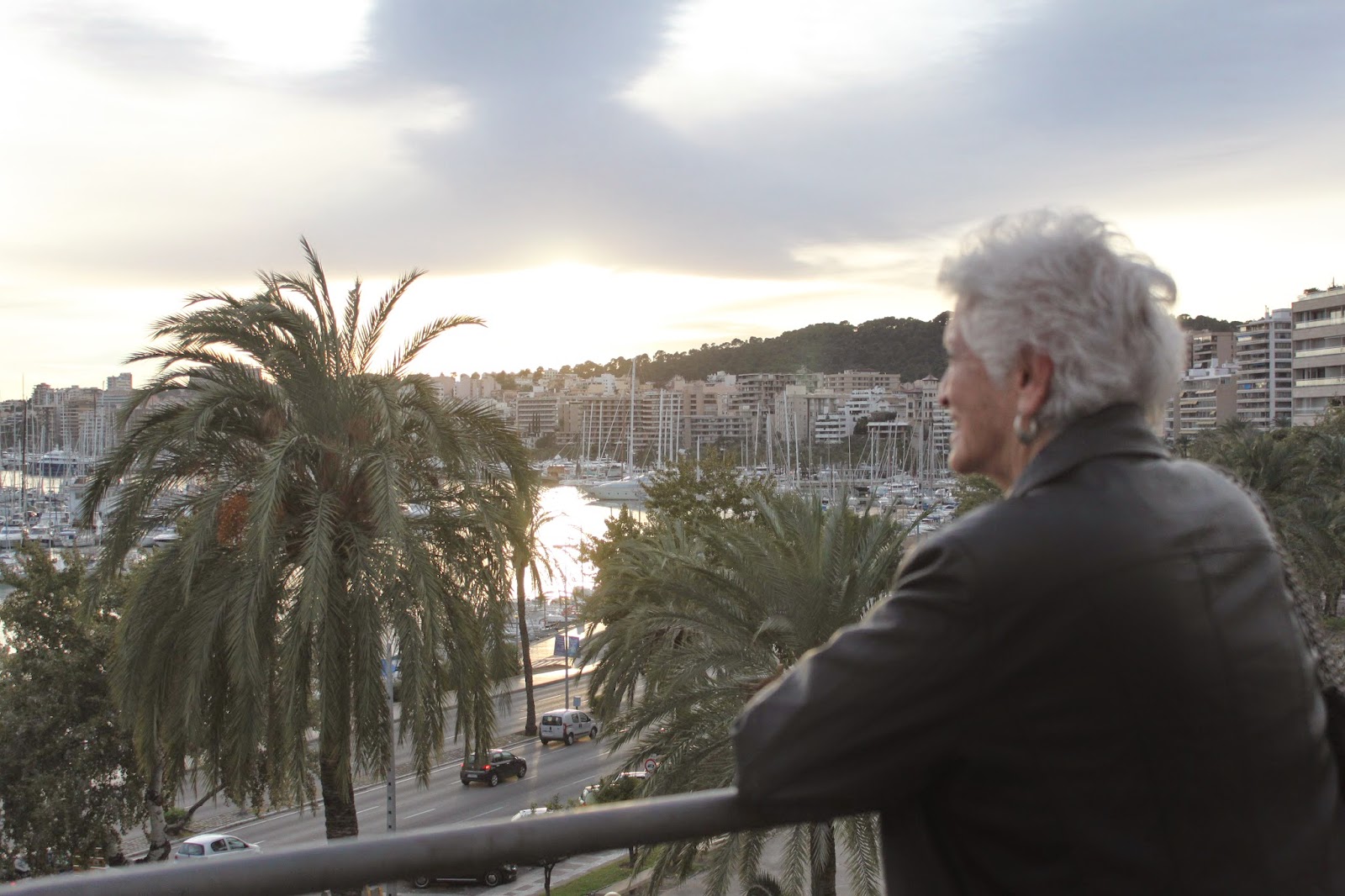 The annual celebration in Palma on 30th December of the Festa de L’Estendard is very important in the life of this Island .  It commemorates the date in 1229 when Muslim power came to an end in Majorca .   This festival is one of the oldest in Europe as it dates from the thirteenth century.  King James 1st the conqueror and his trusted allies rode into the capital of Mallorca and defeated  the amalgam of Moorish, Jewish and Christian life that was in existence and created a new order.  The new regime ushered in the beginnings of the Majorca that exists today with its allegiance to the Catholic church.   Placa Cort in the centre of Palma is the site that the annual celebrations start with an opening address – ‘The Prego’ – by an honoured and revered person invited by the Balearic Government.  To be invited to address the dignitaries and invited guests on this auspicious date is the highest accolade and until this year has never been given to a ‘foreigner’. 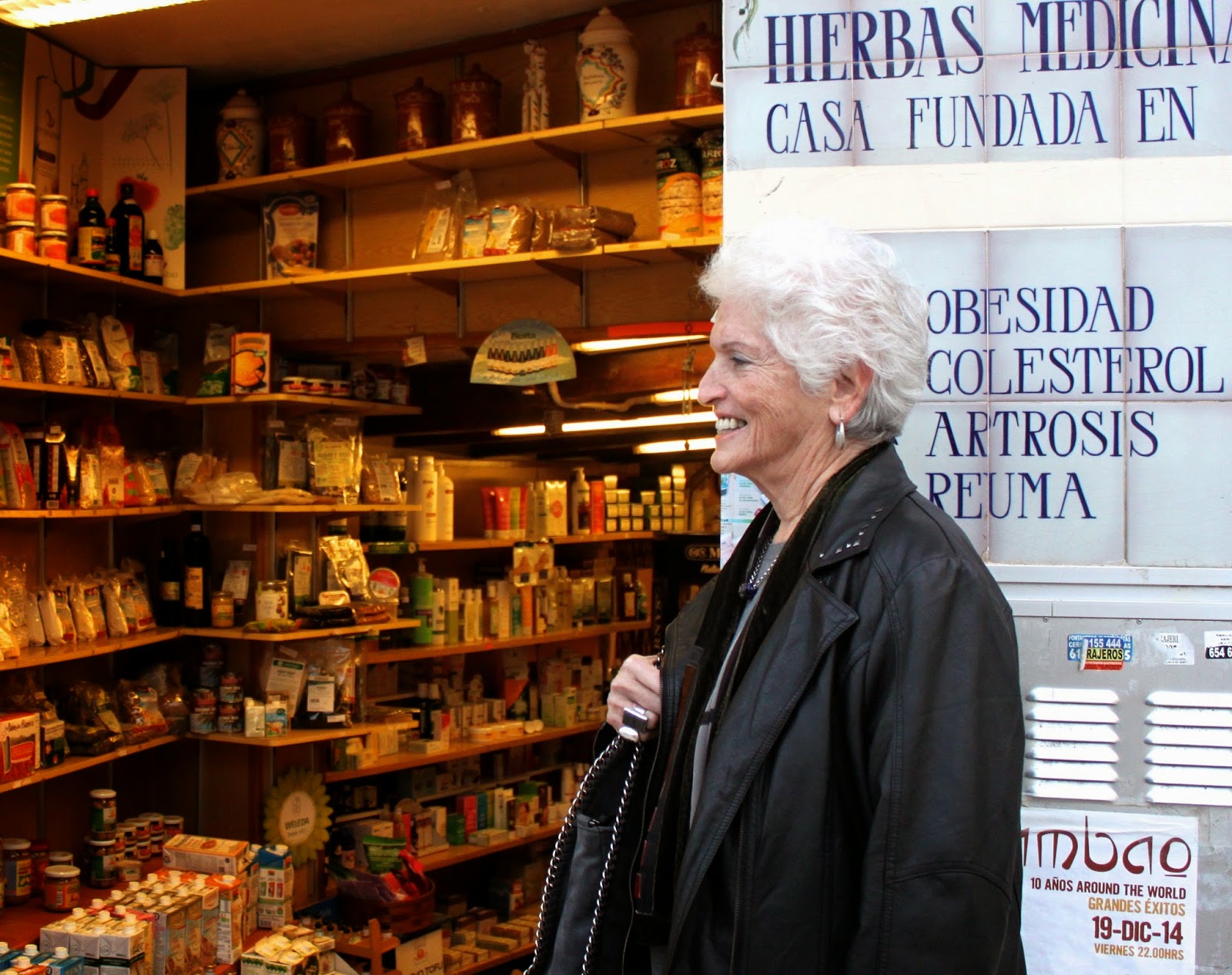 Jackie Waldren from California , a resident of Deia for the past forty five years has been chosen as the first ever foreigner to give the ‘Prego’.  She will deliver this in fluent Catalan and does so with thankfulness that life and the universe have allowed her to live her life here in Majorca .  She is conscious of the great honour that has been bestowed on her by the invitation to speak and genuinely can’t understand why she has been chosen.  Those of us who know Jackie understand very well why she is the one and applaud her life here and the officials who made this choice.  They obviously have their finger on the pulse of the people who really have made such a difference to Majorca by their lives and presence here.

Jackie has lived five lives in one and she is genuinely interested in all that is around her.  Her research projects into the lives of the people of Majorca as the influx of foreigners started arriving in the fifties makes fascinating reading.  Her published book ‘Insiders and Outsiders: Paradise and reality in Mallorca ’ (New Directions in Anthropology) is still in print and available from Amazon.  In this excellent work she explains how that the village population of Deya has lived side by side increasing numbers of foreigners over the past century and have gained from the economic opportunities that foreign input and investments created.  Deya could have been overwhelmed by this but instead developed a ‘living alongside the outsider’ culture and kept their own village identity and the meanings and values of their own lifestyle.   Deya has flourished because of the presence of the ’outsiders’ and has learned to co exist.  The theory of the ‘Insider and Outsider’ in Majorcan life is fully explored, explained and moved on from.  Co existence is the key and Deya is an example of how it can work. 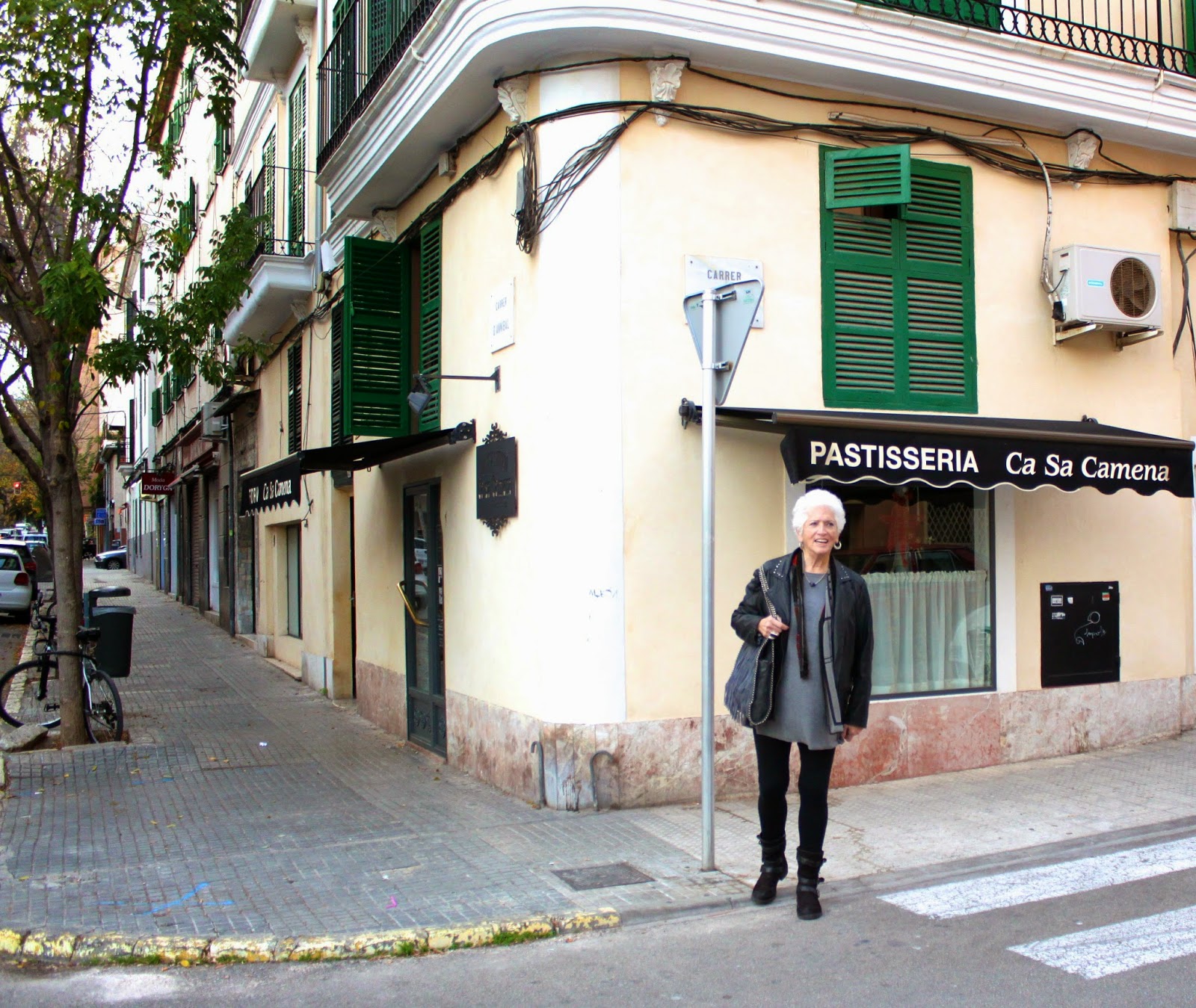 To arrive in Deya in 1959 at the age of 21 was a waltz into a a world of poets, artists and people giving their lives to hedonism and pleasure.  Jackie left Los Angeles after completing her degree to go on an adventure after a boyfriend had told her of the delights of this Mediterranean Island . A return ticket in her possession and the blessing of her family to go and have fun was all it took to change the course of her life.  Deya at that time was a fishing village nestled in the mountains with a living being earned by the locals either on the land or the sea. Cafe Fonda was the centre of the village and above the bar were a few rooms that were rented to visitors for a dollar a day.  This included three meals a day and was full of those who were glad to have their basic needs attended to while they got on with the finer things in life.  Art, music, discussions and arguments about the mundane and the esoteric were the fabric of life in the Cafe Fonda.

Jackie’s life thereafter was a combination of marriage, maternity and motherhood as Deia introduced her to the love of her life Bill Waldren. Between them they created the Archaeological Museum of Deia and brought The Time Team, Desmond Morris and many other famous archaeologists and anthropologists to the North West of Mallorca.  They created archaeological digs and welcomed hundreds of students to the area over the years all sleeping in dormitories in their home and being fed at the giant Waldren table.  The ‘Earth Mother’ tag is one that Jackie has never been able to escape even after her life took her to the hallowed halls of academia in Oxford and her doctorate in Anthropology.  Jackie Waldren is a woman of formidable intelligence and intellect and her understanding of life in Majorca over the past almost 50 years has contributed to a number of thesis and books on the subject being printed.

Jackie allowed me a peep at her speech prepared for the Prego in which she tells the story of her life and what she she learned and observed.  The following is an extract which she has given permission for us to use today.

‘The massive migration of Spaniards from the mainland, increased numbers of mass tourism, and foreign residents from all parts of the world  are major elements in the social, economic and political transitions in Mallorca over  the past forty years. The island has been transformed from a closed hierarchal society to a fully independent, consuming society, freed from its old formalisms.  These changes have caused a loss of cultural identity from which few have escaped.  Inherited ideas, beliefs, values and knowledge, which constitute the shared basis of Mallorcans social action, have changed radically.

We see the transnational and global ramifications of   migrant workers and tourism (in all its forms) on our local cultures by linking the experiences of immigrant workers with the increased reliance on cheap and flexible labour required in Mallorcan homes and service industry. Our aging populace and declining birth-rate benefit from new young residents including doctors, dentists, carers and others prepared to fill the service sector demands.

Some residents seek their own kind, places where their language is spoken, their foods are available, where they can feel at home away from home…People are different even within one culture and stereotypes are limiting. There is no one type; however they have one thing in common: they share an appreciation of this beautiful island and its future. Successful integration and coexistence depends on communication and mutual respect.  We need to have the will to put questions of multi-cultural education, conservation, alternative energies and sustainability of our environment high on our political agendas…”

Jackie Waldren continues her research into people and the way they operate.  She is fascinated by the most recent groups that have settles in Majorca and seeks them out from her weekday base in Palma .  The lives of the Moroccan women here are her focus of the moment as her family are involved in projects teaching the women English.  Jackie has raised a team of wonderful daughters who live here. They are the next generation of Deia residents, who are working, living and raising their families as she did in Majorca . Her family’s integration into local life provides her with hours of research material as their second generation experience is as important as a predictor for the global melting pot that this island has become.

Jackie’s bohemian life of 60’s Deia introduced her to many interesting people.  They came for holidays or for extended stays and enjoyed the vibrant life of this small village tucked in the mountains.  Maggie Smith the actress arrived in Deia to relax after playing Desdemona opposite Laurence Olivier and was immediately sucked in to the Waldren life of intellectual discussion around that great table.   She observed that the Deia uniform of the time was blue jeans and black tee shirts with little to no thought given to the beauty products that were available.  The life of co existence, anti modernity and consumerism was a far cry from the London theatre set.  The day Maggie Smith left her haven in Deia she presented Jackie with a bag of bikinis in different colours, eye shadow, lipstick and make up.  She told her that the jeans and turtlenecks were altogether too Spanish and that she had to look outside the mountain sometimes.

Jackie loves the mountains and the people and sees in them her life’s work.  The island that was created as James 1st made Majorca his own was done with the co operation of many who were rewarded for their efforts.   The whole of Majorca was divided up after the conquest and places and lands given to the collaborators.  The system was put in place then that the peasants worked and the noblemen kept their hands soft in the City.  The taxes and benefits to the few were paid for by the back breaking work of the rest that came from the land. This whole island mentality that took the hard work and smuggling benefits in their stride have created a unique history with a huge story to tell.   It will not surprise you to learn that more books are in the pipeline from this prolific thinker and writer.

The Festa de L’Estandard marks the end of the year and the beginning of the future.  It is a significant moment in the calendar and the person chosen to give the address on this special date is worthy of the utmost respect for their contribution to our lives on this island.  The Soller Valley is beyond excited that the first ever foreigner given this honour is our own Jackie Waldren of Deia.  We are all so proud of her and look forward to her speech on that special day. She is grateful for the opportunity to spend her life here and considers she has had the best time.  She loves Majorca and the honour that Majorca has bestowed on her shows that they love and appreciate her too.