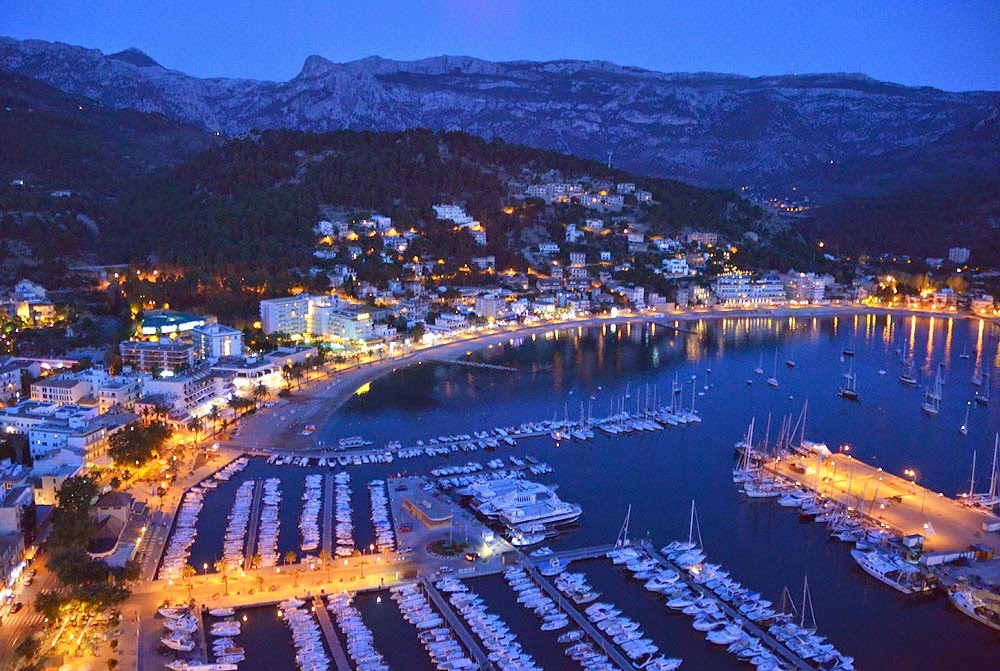 A story for December in Soller
In December, twenty two years ago a little miracle took place in Soller. The effects are still felt to this day and will go on as long as people have memories. If you cast your mind back to what was happening on the world stage in 1992 you might have a memory of ‘The siege of Sarajevo’. The Bosnian War (1992 – 1995) was a gruesome lesson in genocide and exhibited war crimes on such a scale not seen since world war two.

The ‘Siege of Sarajevo’ started in April 1992 and continued for almost four years. The population opposed to the creation of a ‘Greater Serbia’ were cut off from food, utilities and communication. The rest of the world watched, horrified as the scale of inhumanity was revealed. Countries and individuals started to take action to help where they could and Spain offered refugee status and a new life to Bosnian families fleeing the war. The first intake was of 100 families who could choose from Majorca, Minorca or Valencia for their relocation.

Relocation is a very fancy word for what really took place. The families with small children arrived in Spain with nothing, they were truly refugees. The preparation for their arrival and plans for their immediate needs to be met were placed at the door of local communities. The thirty families who chose Majorca as their new home all arrived in Soller in December 1992. They were accommodated in the Port of Soller in the Brisas Hotel. The people of Soller, the church and the officials of the town hall did all they could to help this group of people and the children were taken to the hearts of the locals.

Soller schools had a huge intake the next term and a larger than usual language problem. Again local people helped and the children spoke Catalan within a very short time. The Bosnian arrivals were very proud people who were determined to repay their host country for everything. The children had a great respect for education and the need to learn the language. One lady I interviewed told me of the pressure on her as a child to succeed and to to make Majorca proud of her.

Stories are many of the early days after the arrival of the Bosnians. They worked wherever they could in unskilled jobs until they learned the language. They had largely left professional jobs in Sarajevo and counted doctors, accountants and architects among their number. They became the most educated cleaners and road sweepers of Majorca. The Brisas Hotel housed these people until they had managed to work long enough to afford a local rental. The new arrivals were secure in the small town ambiance of the City of Soller and felt safe.

The twentieth anniversary was celebrated in Ses Oliveres restaurant in the Port of Soller. The TV cameras were there and so was I. It brought a lump to my throat listening to the songs of the old country and the story that twenty years represented. These are people who saw and experienced more than anyone should have to. They took the opportunity to start again in Majorca and are eternally grateful to the government of Spain and the people of Soller for the chance to start to live another dream in Majorca.

The Bosnians have now integrated into Majorcan life, many have married local people and they all speak Catalan. These days the professions they were trained for are back in good use and they are giving of their skills to their adopted country. This is no fairy story, everyone involved had to work at getting it right. The Bosnians were displaced and would never have left their home country except for the war. The people that helped had their misgivings about the problems that a group of traumatize people would bring to the City. These feelings were aired over the years but now the group just takes it’s place as respected members of the Solleric community.

This is a timely story for Christmas as there was ‘room at the inn’ in Soller at Christmas twenty two years ago. The original thirty families have now swelled their numbers with babies born here and they are a strong community. The pain of their past never goes away, they lost too much to forget the horrors but their life has gone on from a sad beginning to new life in Soller. This is a Christmas story that I was privileged to be part of and it gives me hope