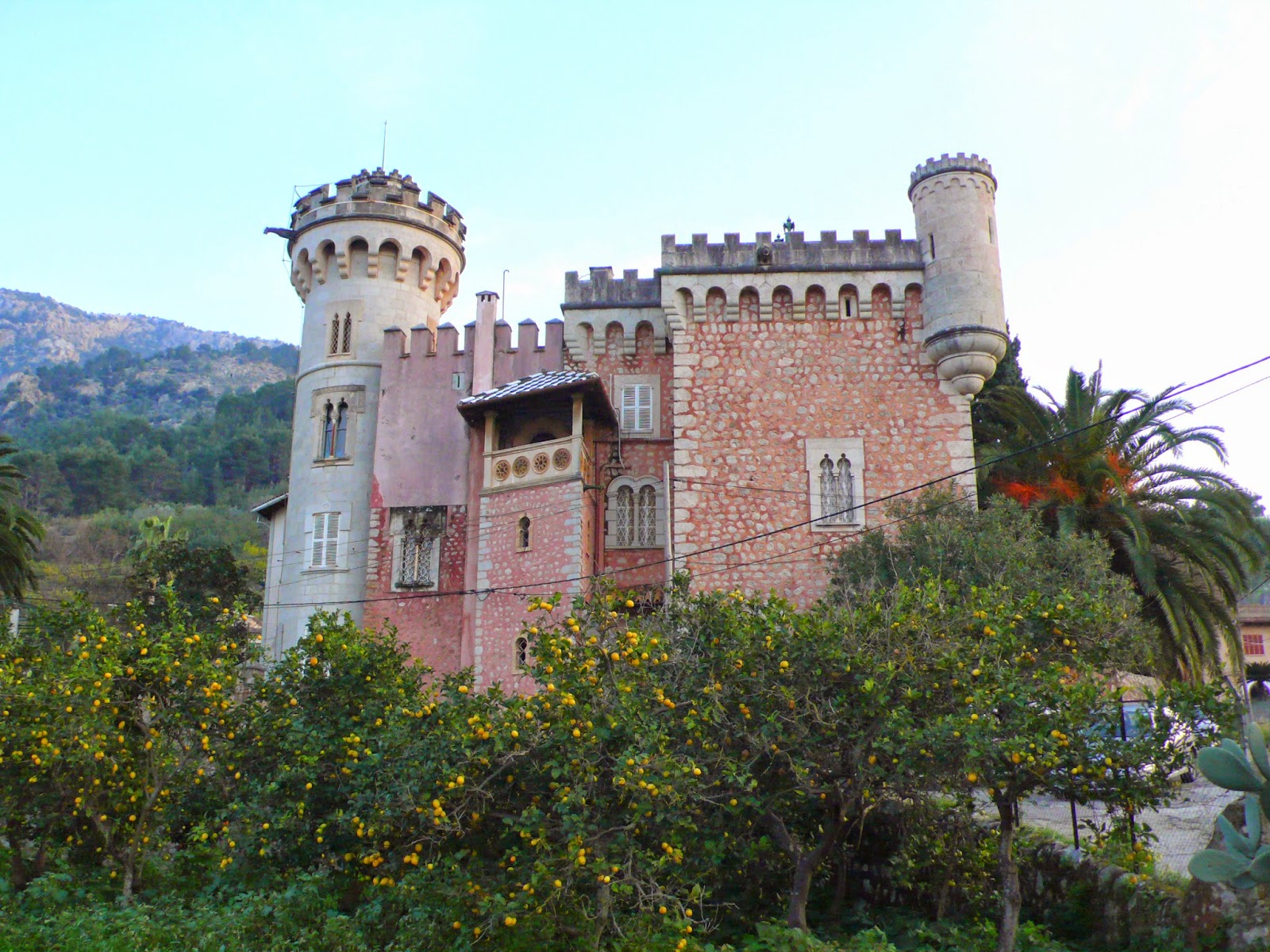 A dog walk, two lost French academics and an interesting tale is the offering from Soller this week. An often trod dog walk took me to the back of the town in Soller. Past the station and climbing the streets in the lower slopes of the mountains that protect us. The house we always look at stands proudly there – a folly if ever there was one. Turrets and gargoyles mark Bell Esguard out as a story waiting to be told. Myths surround it and stories of its time as a mill, a love nest for a famous mistress, premises for a private school are all there depending on who you talk to. I found two lost French Academics there this week and in exchange for guiding them back to the station they told me the tale of why they happened to be staring at this house, in the rain in Soller this week.

The Academics were researching Sauniere’s influence on Bell Esguard. Sauniere was a priest who lived and studied in France at the turn of the century. He created a building in France with a Neo Gothic tower called The Tour Magdala– just like the one here in Soller. He used this space as an office and a library and had a 360 degree view of the surrounding countryside. Sauniere is famous for his humble start in life as a poor parish priest to riches and a connection to the Holy Grail and other conspiracy theories. He has an association devoted to him and his teachings and the Academics were researching why a building such as this would be in Soller.

The connection with Bell Esguard is that the tower is a replica of the original in the estate of Rennes le Chateau in France and the site of the first Tour Magdala. The original owner and designer of Bell Esguard was a French immigrant to the Soller valley. He converted it from a mill to a turreted castle full of gargoyles and idiosyncratic features.

My new friends told me a long tale of the significance of this building being in Soller and how important it is to the followers of Sauniere.

It all seemed very fanciful but certainly would explain why such an unusual building takes its place on the Soller mountainside. The returners to Soller who came back with their wealth from enforced emigration when the orange harvest failed certainly built some very fine houses. The town is full of buildings known as The Returnee’s Palaces. Can Prunera, Soller’s Museum of Modern Art is one and almost every street has a couple of these fine buildings. Our town has been enhanced by the influence of the money and new styles that were brought back from the countries that Sollerics had temporarily located to when times were tough. 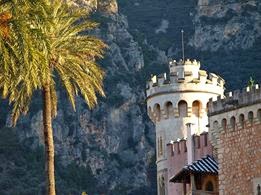