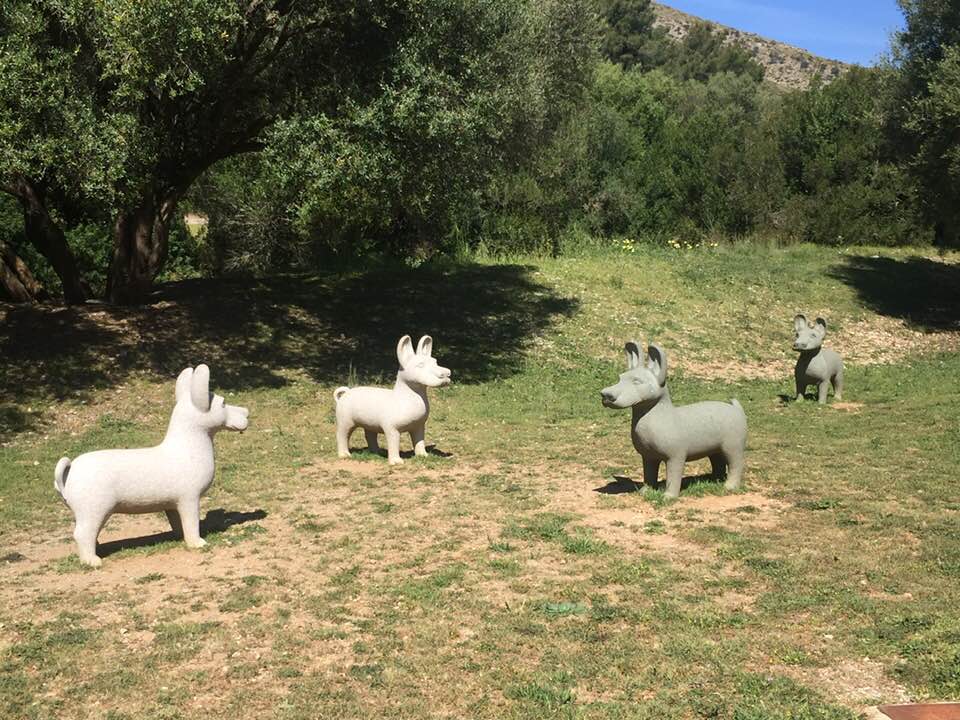 The Island empties now and locals appear, to reclaim their world. In a world of tourism we know that these ‘very local’ weeks will only last for six weeks in any one year. Many here are on contracts fixed by the opening dates of their hotel, restaurant or bar. In the Soller Valley many businesses are choosing to open longer and longer each year. This means the weeks of meeting up with friends for a morning coffee and chatter are limited and have to be savoured.

In ‘normal times’ the end of the season saw a great rush of people travelling all over the world to catch up with families. Brazil, Ecuador, Columbia, America and all European countries received their children home as our season ended. A mini rush to the airport happened last week by some of these friends, but most are still waiting for better times. Lack of funds is also holding back their visits.

The consequence is that cafes and bars fill up with locals and those we haven’t seen in months. Every one of them have a Covid tale to tell and some have lost family and friends to the illness. The number of deaths in Mallorca from Covid has now gone over 1000 souls.

Most families have been touched by illness or vaccine reactions and it is only now the conversations have started and reality is kicking in. People stayed home and didn’t mix as per the rules. When they were lifted many were still cautious but now more are meeting up and we can see a little clearer.

A small island is a snapshot of the worldwide happenings, most of us here would say we were fortunate in our experiences. That is maybe because we didn’t ever know what the bigger picture was. Statistics, percentages, R numbers were all very clever but now we sit and talk to many who were affected, we are learning of our own history of the pandemic.

One of the consequences of the conversations I have been privileged to be part of is that short term planning is now ‘King’.

The plans for winter picnics up the mountains, gatherings for poetry readings and wine, learning to play Bridge with a new group of Sollerics, bring and share suppers and so it goes on. The Mallorcan world is reconnecting with each other as fast as it can before the next perceived crisis. A mixture of limited time off and a fear of future restrictions.

The young people of Majorca have struck a chord with their inventiveness. Covid and closures have meant few places for the young to gather and have fun. In homes with teenagers the idea that they might spend Friday or Saturday night in Magaluf is already well understood. Local bus companies ferry them there and bring them home many hours later.

In Soller this became a talking point this week as it was reported that three extra coaches were laid on for Halloween and hundreds of Soller youngsters partied with their friends from all over the island.

Magaluf has had a very downbeat summer so these winter weekends, completely geared for local youngsters, is a magnificent gift to them. Except that now all local Town Halls are being asked by the parents of these teenagers to ‘do something’.

The oldies remember the Puerto Soller fifty years ago when it was a dance paradise, from disco to ballroom, everyone danced. These days all venues like that are shut and there is nowhere for young people to hang out. If you are not part of a sports or music group in the Soller Valley, fun is pretty limited. Local politicians have taken this up as a cause and have announced Town Centre parties for Christmas and New Years Eve. These are all with the music, DJ’s and the vibe, of the under 25’s.

This is not a universally popular decision and, in its own way, is only a short term fix. A generation of teenagers lived through the restrictions of the pandemic. Then when it appeared to have finished there was nothing out there for them to do. The communities of Majorca have to get working with the teenagers to see what can be created for them in a hurry. This can never be a long term bureaucratic procedure. These people are young now and effort should be put into their experiences.

Humans of Majorca come in all ages and we were glad to learn that the centres for the elderly have opened again with daily activities. There is work going on to make the most of today which is the biggest learning curve for us all from the pandemic.

My wish for the next few weeks, while the people hold the island as their own, should be a happy stratosphere. Good memories and fun for all is my wish for all Humans of Mallorca as 2021 nears its end.