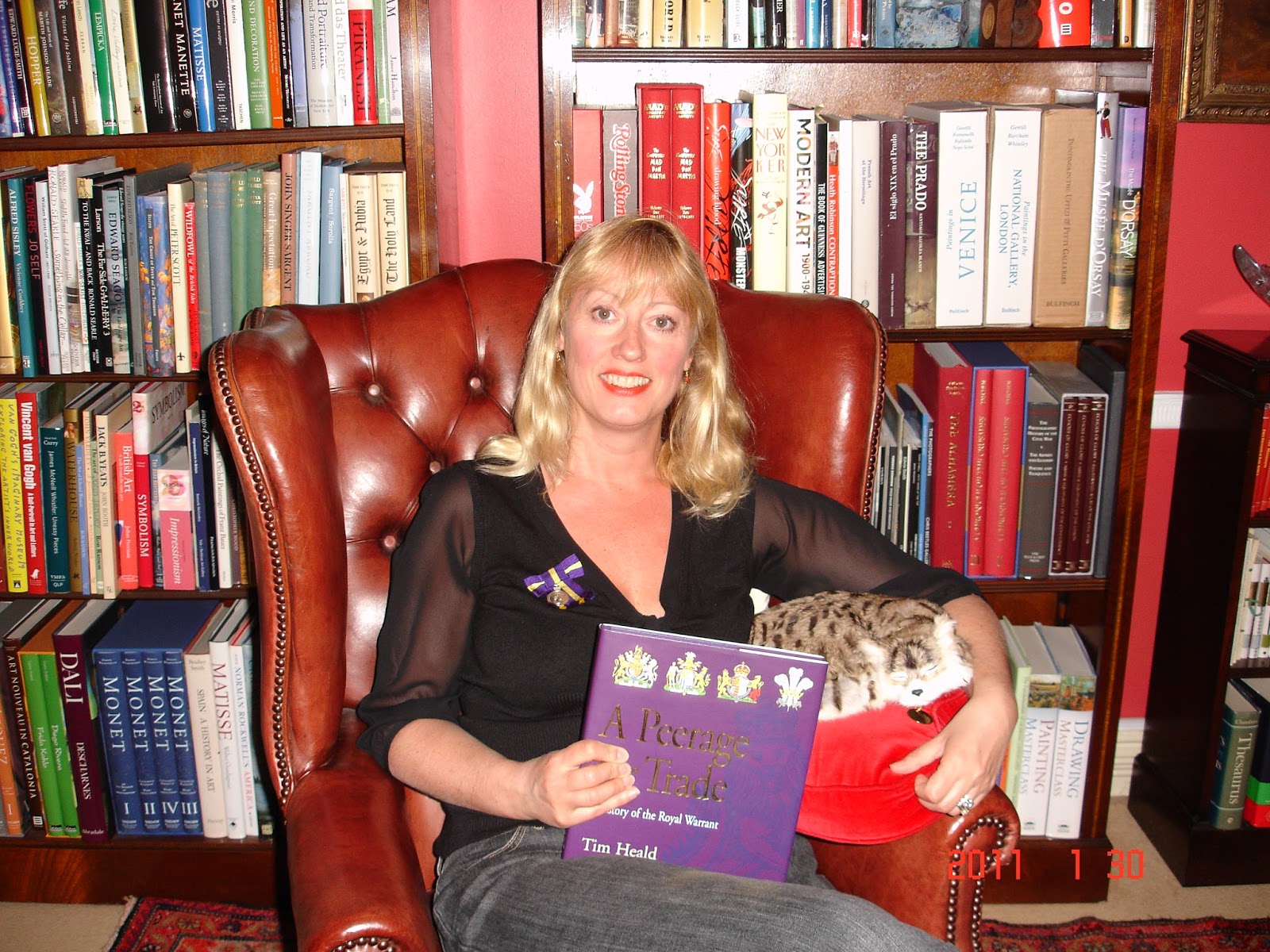 ‘Tell me your story’ is an opening line of mine.  I love to hear how people from all over the world found their way to the Soller Valley and I have the best job in the world telling others their tale.  Recently I found myself in the charming company of a very happy couple who in 2015 paid their money, took their trip to the Notary and bought a home in the heart of Soller. They wanted to be in the very heart of the City and they found exactly what they were looking for just off the Lluna, the main shopping street of the City. Annie Quigley and Martyn Daniels are scribblers and the written word has occupied them and their careers and taken them down fascinating roads to where they are today.  It is fair to say that their story could occupy a book but the love of the written word is what I will concentrate on today.

Annie is the youngest child of the author Aileen Armitage.  She is a scribbler too and the successful author of many books.  Aileen is blind and her sight deteriorated over time. This meant that Annie’s younger life was filled with proof reading and editing for her mother’s work. Aileen was voted Woman of the year in 1988 for having written 34 novels although blind. Annie would say of herself that with a mother like hers she had no choice but to be born in a book. Annie’s life before settling in her own wonderful word of words took her to Spain and the Au Pair role that was to give her the beginnings of a love for this country and its language.

A return to London in 1985 took her to Bibliophile Books which was started in 1978 by Bill Smith and Australian journalist Max Harris.  They formed a Book Club with no membership fees but with newsletters sent out 10 times a year.  Two elderly gentlemen with a love of books and a desire to pass on their opinions about them was the basis of their business.  This was profitable for them but then Max Harris died.  Annie Quigley joined the company in 1985 and became editor of the newsletter in 1988.

Annie is primarily a bookseller but also an entrepreneur, an employer, a buyer, an editor, a publisher, a website publisher and a literary agent.  All these skills she started to use within Bibliophile and the business began to grow wings.  When her mentor and Bibliophile owner Bill Smith died in 1992 Annie was given the opportunity to buy the highly acclaimed mail order book club. Twenty – three years later she has developed the business into the largest independent book club in the UK with over 100,000 active members who buy from the mail-order catalogue and internet.

The Bibliophile newspaper mail order catalogue is published ten times a year.  From small beginnings this publication now publishes 36 pages a month with its main feature the personalised book reviews.  Each month Annie’s team select from publishers and review and introduce over 350 new titles to add to the 3500 stocked inventory. Annie herself reviews 70% of the new titles each month. Her own reviews are avidly read by her fan base who respect her choices and go on to purchase the books themselves. The range covers a wide variety of subjects from art and architecture, biography, crime and fiction to children’s books, hobbies, handicrafts, war and military, history and literature.

The unique selling point of this company is that it gives a 50 to 90% discount on the selling price of the book.  This is the business model which comes from Annie’s connections and ability to pick up titles and offer them at affordable prices. The internet is responsible for part of the business but the loyal fan base means that good old mail order still plays a huge part.  Her readers send letters ordering books and enclose cheques for the purchase.  They often write their comments on her reviews and the Book Club mentality still exists in all this correspondence.

Annie is delighted that her readers are her friends and she is also honoured that a Royal Warrant, ‘By Royal Appointment’ was granted to her as the owner of Bibliophile in 2011 by the Duke of Edinburgh.  It is regarded as a ‘Peerage for Trade’ in recognition of quality service and excellence to the Royal household.  This was after 20 years of providing books to the Royal libraries. Only two other booksellers from the entire publishing industry hold a warrant – Hatchards of Piccadilly and Haywoods Antiquarian of Mayfair.

The Bibliophile world is all consuming and takes Annie on many journeys into the unexpected.  The business opportunities afforded to her allows some interesting items to be sold through her catalogue.  Readers Digest chose her company to sell stocks of special offer items for them on their closure.  Serious Christmas present bargains were to be had this year.  The opportunity to sell the unusual and quirky is always taken and the information is uploaded on their website as it happens. The frequent browser of the site catches some very good bargains which often find their way later that day being resold on eBay!

Martyn is part of the Bibliophile world and has an illustrious publishing and business world of his own.  He is currently pursuing the future of ‘The Short Story’ and this will be a very exciting development in the world of books that he and Annie inhabit. If you ask him he will say that he has retired from big business but who knows whether that is really true.  It is difficult to keep a team of far sighted entrepreneurs down.

Annie and Martyn live in London on the Thames.  They have the most glorious sight every morning from their window of London in all its beauty from the waterside.  They are also part of the Cheltenham literary world and occupy a corner of the reading rooms of that fair City. Authors, publishers, readers, from all parts of the globe find a way in to the Bibliophile fan base via the website and the book storage depot in Canning Town, East London.

If books are their inspiration in life, then it has to be said that Whippets are their pleasure. They are serious Whippet lovers and the most important worry for them in their regular relocations to Soller is how to bring the dog here.  They hate to be parted and are researching every which way to find a solution.  There has to be a way   the Whippet and Soller to meet, they are very determined.

Their choice of a home in Soller was made for many reasons which are obvious if you ‘get us’.  The beauty and privileged place in the universe we inhabit is beyond question.  But it was more than that that brought the Bibliophile team here, it was much more about the community of like minded people they expect to find.   They have had holidays here, they have read every word there is to read on the place and they have followed the daily stories on Sollerweb.  As wordsmiths they know how to get behind a story to see what is really going on and it was in that pursuit they decided that this was the place for them.

When I ask people to tell me their story I am rarely disappointed and in this case I was delighted.  They inhabit a world of books and readers that is unique and the Soller community will love to hear more about this.  We know that to start with they need to find their space in the City that is Soller. Then the books, the stories and the vast story telling capability they have themselves will open doors and they will be welcomed, of that there is no doubt.

The writers, the thinkers, the entrepreneurs, the musicians, the actors, the playwrights and art in all its forms is here and lives in the Soller Valley. Annie and Martyn are very welcome and so is the dog…